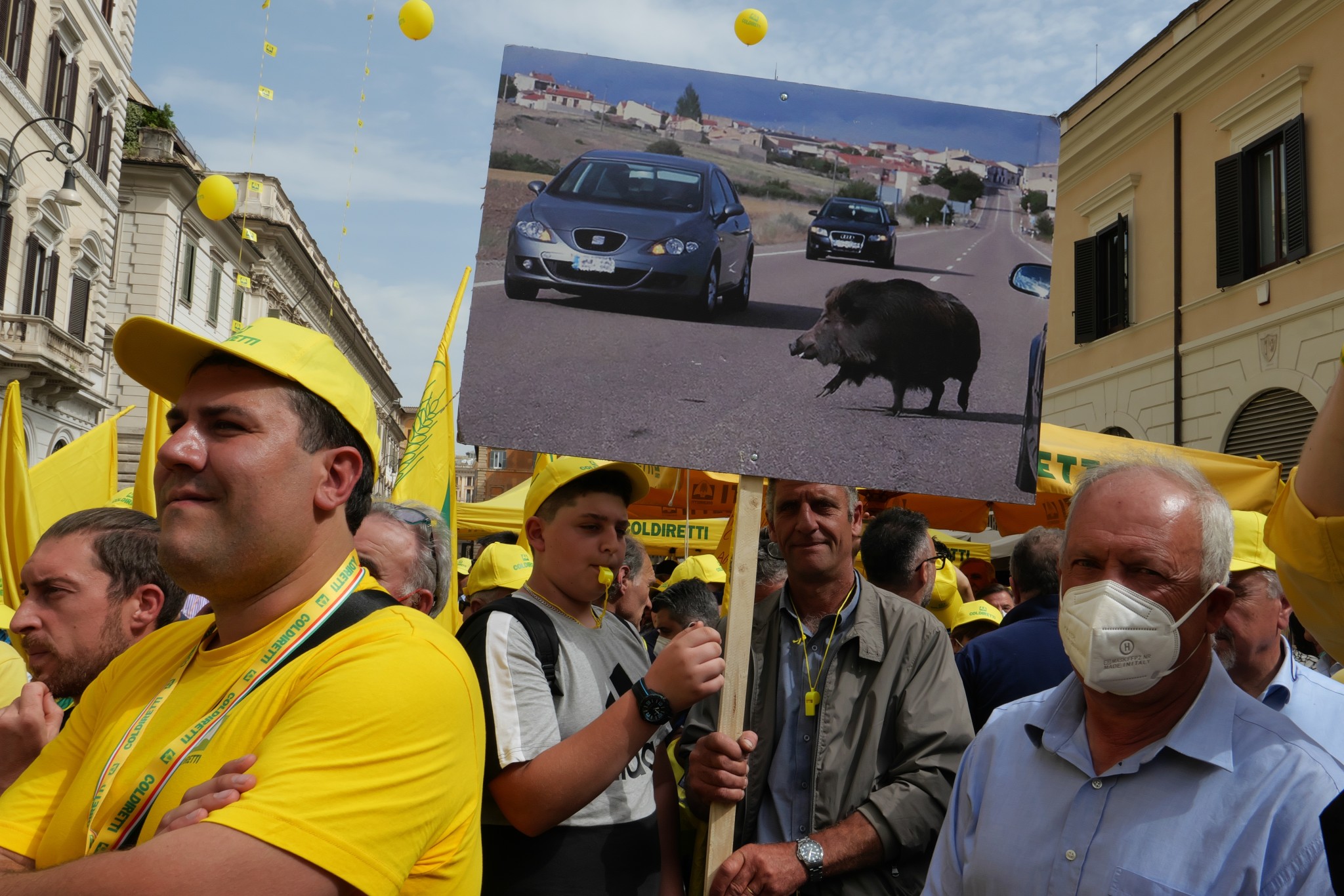 “You can make the earth a magnificent garden — or you can make it a desert of death.”
-The pope, addressing the people of Rome in the summer of 2022

“The pope might want to look into his own backyard and see if he wants to transform that into a garden. A magnificent garden would indeed be a gift to the people of Rome and to all the world — including its migrants, citizens, priests, and some small animal neighbors.”
-A reader

I have to begin this piece with a flashback, for it all started with a conversation I had with my neighbor and a headline. The headline, which conjured up nothing less than end times for our civilization and Earth, read as follows: “Rome’s Wild Boar Problem Gets Closer to the Vatican.” More about that in a moment, but the conversation ran as follows. 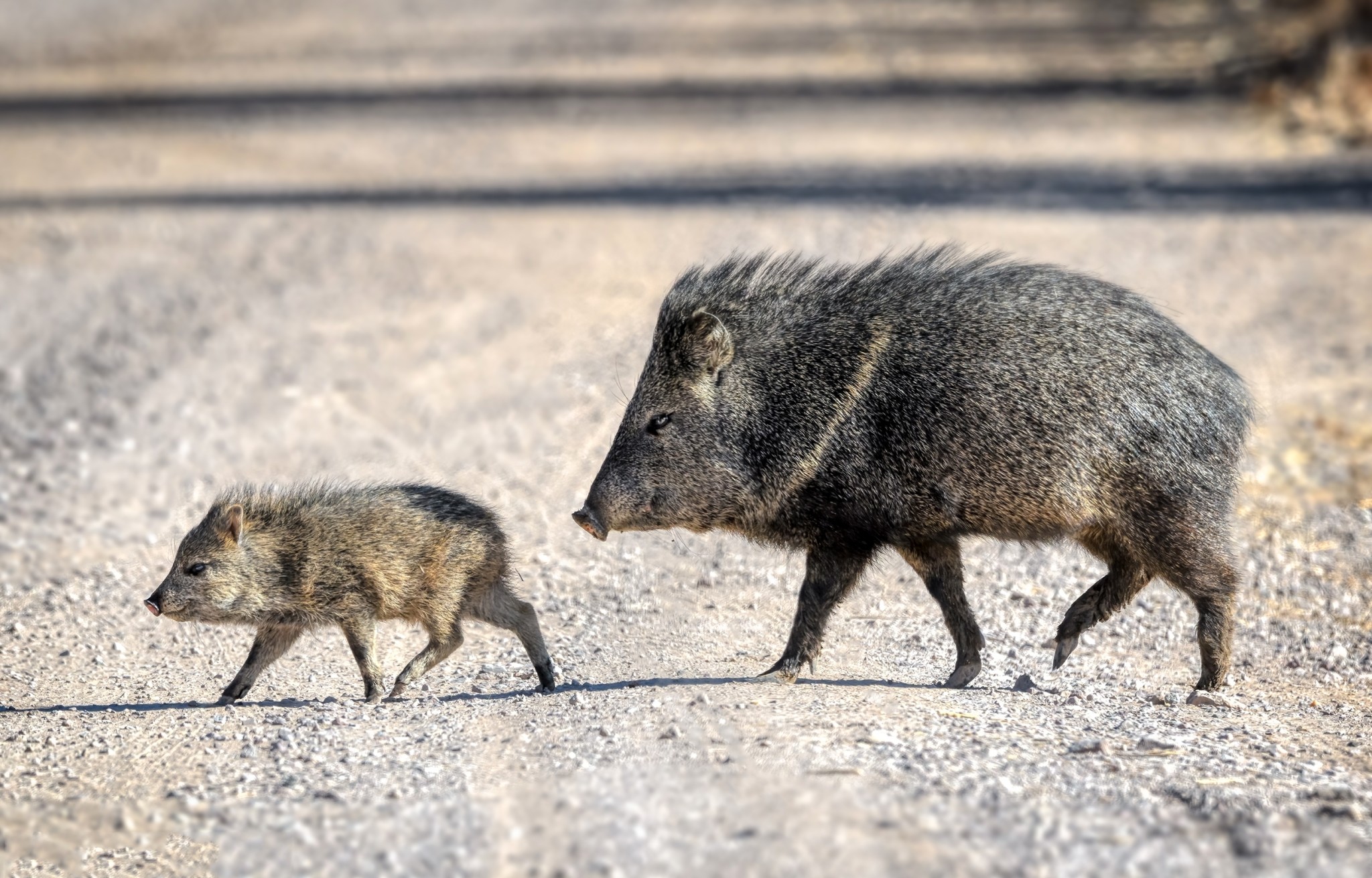 My neighbor is a good friend, a local leader in the Catholic world, who each Easter takes a tour group to Rome to celebrate the holy season and its festivals. He guides the group through a tour of the city, which culminates in a tour of the Vatican. But over the last 10 years, he has been telling me more and more dismaying stories of how piles of garbage have been inexplicably accumulating in the streets of Rome to the point that it has become unpleasant to visit. He was ashamed to take the groups, stepping over piles of garbage and migrant beggars to tour the Vatican.

The latest report from him, however — just before COVID hit, when he had to halt the tours — was that an invasion of Rome by wild boars from the surrounding countryside had occurred. I couldn’t believe it, so I checked the web. It was true. After a bit of reading, I found out the following.

The story is that Rome, for years now, has been suffering from piles of garbage and from more and more wild boars coming in from the country who are attracted by the free meals. But during the past five to 10 years, this problem has accelerated and taken on frightening proportions. 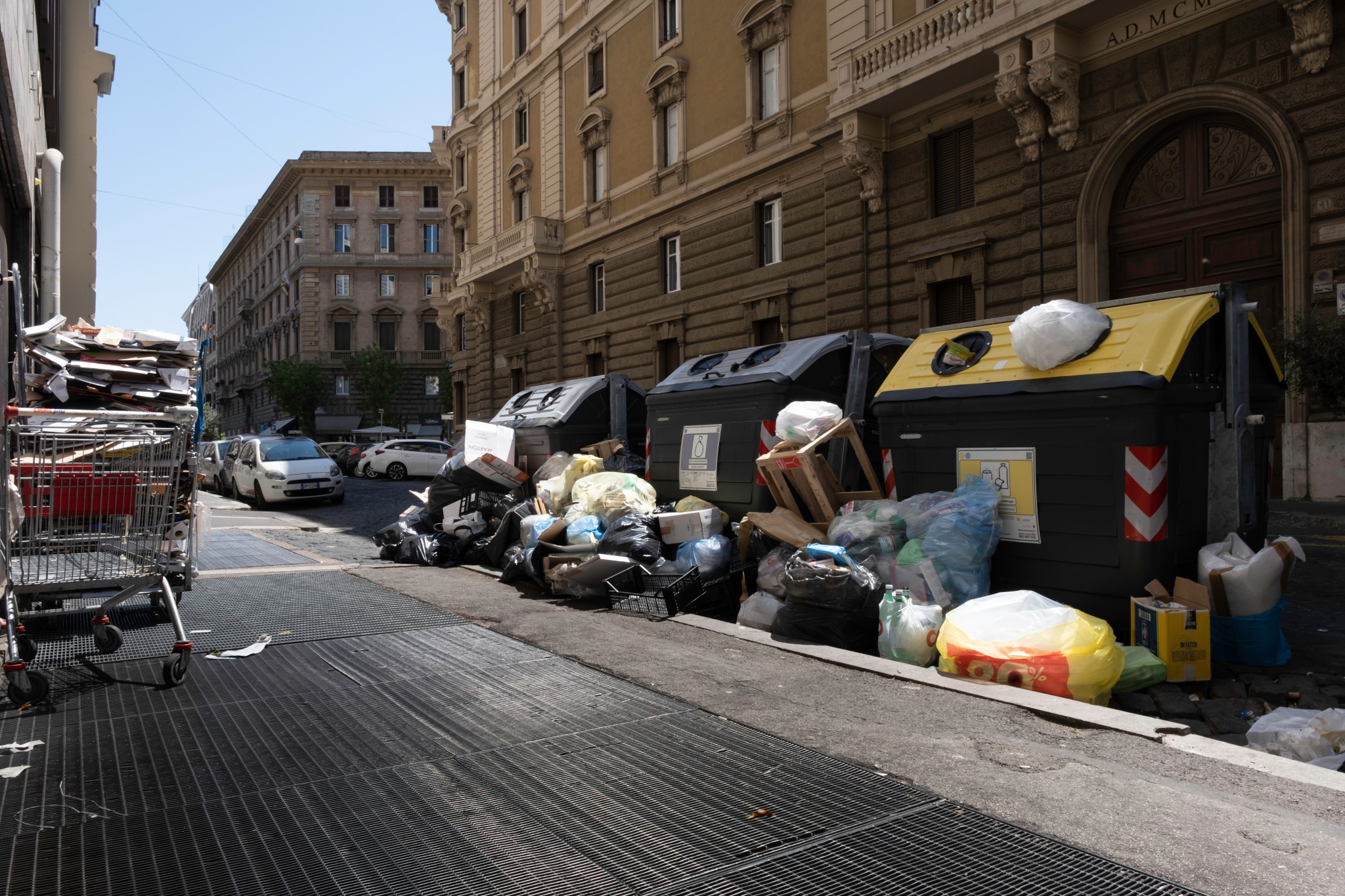 Meanwhile, to add more problems, Italy has been swamped with migrants because of orders from the European Union to take in more and more boat migrants who are fleeing the despotic governments of the Middle East and Africa. Italy, of course, is the nearest European port to those areas, so all the migrant boats land there. (The boats do not land up in Brussels, by the way, where the EU enjoys its 15-story headquarters, from which it issues orders to its 27 fringe countries).

The result: Rome does not have the money to support this inundation. Nor does Italy at large have housing or finances for so many helpless migrants, who now number upwards of half a million, and who of course unavoidably add their own garbage to the already existing Italian piles. All of this has attracted an even larger influx of wild boars.

In addition, many of the migrants are Muslims, speak only Arabic, and are erecting tents and shack cities along the sidewalks and in the parks of Rome. And in a country hit earliest and hardest by COVID (with little help from the EU), the dangers of COVID spreading throughout the city have also increased. One observer has commented that “Rome looks like a movie set for the end of the world, the final apocalypse.” Add the unfortunate fact that the Vatican must sit in the middle of this tragedy — understandably fortified in order to rule its own bailiwick in peace — and we have a scene that presents a sad and tragic picture.

“Rome, the Shining City” Project: A Humble Suggestion and How It Might Work

What to do about this? I have a humble layman’s proposal to offer. It may sound naïve, but it is not intended as such. It is intended to be a real-world solution. Here it is.

It so happens that the Vatican has recently become embroiled in a case of financial mismanagement. It purchased a property in London for upward of $400 million to expand its business there and is just now emerging from the accompanying trial regarding fraud, embezzlement, extortion, and money laundering. It is giving up the project and selling the property. Much of the funding for the investment came from “Peter’s Pence” donations from the faithful poor in Italy and around the world.

“You have been faithful in handling your business, I will put you in charge.” (Matthew 25)

Now it is scarcely in my power to direct the Vatican’s allocation of its vast resources, but, given the reach of what I shall call its Peace Chest, I put forward a humble suggestion, namely that it should commit the resources from the London adventure to cleaning up Rome, not only for the safety of the Vatican priests, but also for the people of Rome — vox populi, vox dei (the voice of the people is the voice of God) — as well as the migrants who now tent there. It would also help the Vatican move past a public relations scandal and, in the process, devote its enormous resources and energies to providing a shining City on a Hill for all the world to admire and come visit.

The project might be called “Rome, The Shining City Project.” It would stand as a living example and lesson in how politics and religion can join hands and actually solve concrete problems in the world for the poor and the needy.

It would work like this. First, a trust would be set up to finance and operate the project in perpetuity. The Vatican would contribute the proceeds rescued from the London mansion scandal, and this permanent fund would provide (hopefully) the annual operating revenue for running the project. Furthermore, the operation should be run not by politicians but by a group of professional business people, a cadre of perhaps a dozen proven “disciples” who have resumes certifying they have run similar businesses of this size in the past successfully. 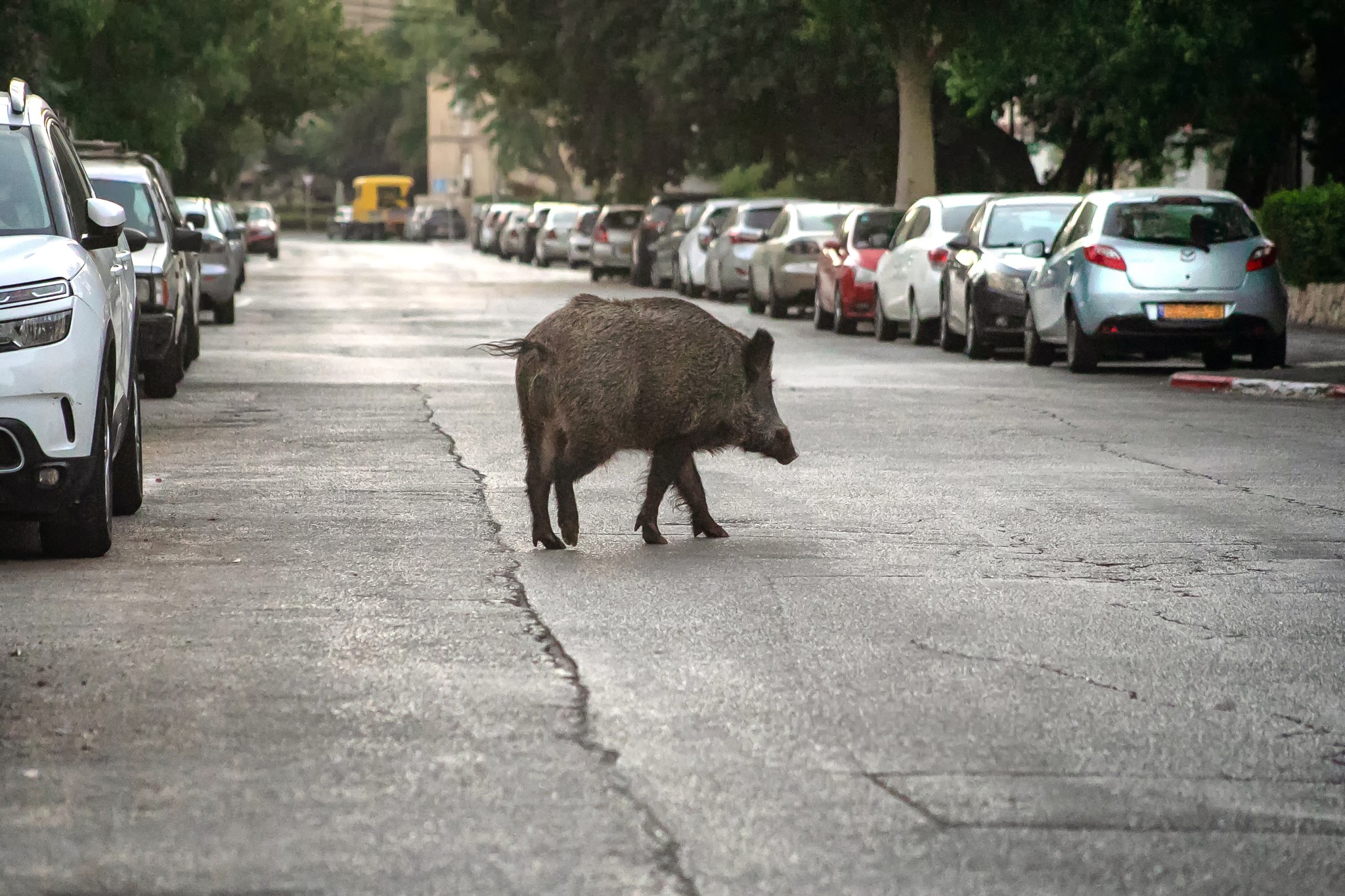 The business people would select, hire, and train an appropriate group from among both poor Italians and newly arrived migrants. They would provide the latter with a language school in Italian. Discipline in the company would be strict and businesslike. It would not be run like one more charity or NGO. It would be real and run on its own money, free from any government interference, including government money.

Given this financial and professional backing, the project could, within mere months, provide multiple positive outcomes. It would clean up the streets of Rome and make it once more the Holy City that it once was for the entire world, a shining example of collective work for collective results. The spirits of people around the world, and not just Catholics, would be lifted by witnessing this, and our entire civilization would again gain new life. The Vatican, for its part, could hold its head high again as a world leader in both preaching and doing. Most importantly, the garbage would stop spreading stench and disease throughout Rome.

There might also be a political benefit to the plan. We need only glance back at history to notice this. We forget that the function of leaders begins with the most basic ones — keeping the streets clean and safe from disease — for children, parents, and tourists, as well as the swine from swine flu.

For, as history teaches us, these failures can make a country ripe for takeover by other factions, from the inside as well as from the outside. Mussolini, for instance, rose on the back of the chaotic streets in Rome in 1922 when he launched, with his Blackshirts, his “March on Rome.” And, centuries before that, back in 400 A.D., Rome was sacked by Alaric the Visigoth, again because of “an easy way in.” Subsequently, Rome would fall and the papacy had to flee for its life 1,000 miles eastward to Constantinople (present-day Istanbul in Turkey). Here, it barricaded itself in a fortress for 1,000 years in order to escape the large-scale “volk” migrations from the east, and yet another sack. Vigilance, it seems, is the only way to peace: “si vis pacem,” as the Romans used to say (if you want peace, make sure you’re leading and governing wisely and strongly — in actions, and not just in words)!

Benefits to the migrants, the Italians, the Vatican, tourists from around the world, and the wild boars and their little families

Similarly, the project would mean that the migrants from Africa and the Middle East could obtain jobs, and rent actual rooms in Rome instead of living in temporary shanty towns. And my own neighbor and friend’s American tourists could once again return to Rome each spring to celebrate the Easter festivals and the rising of the springtime sun. Along the way, they would fill the coffers of Rome’s merchants with happy dollars. They could even launch a special called “Peter’s Pence for Rome and the Boars” fund, complete with T-shirts. All factions would benefit, particularly the boars.

And then I saw a new heaven and a new earth: I saw the Holy City rising again! (Revelation 21)

And perhaps most satisfying of all, the packs of wild boars and their tiny little families — also migrants — could return once again to their native countryside outside Rome where they belong. Once again, they could enjoy bringing up their families in nature’s own garden, with its fresh green and leafy vegetables! A new heaven and a new Earth would appear for them too. Both animals and people would be happy again.

I ask myself — and not just naively — why does this project have to remain a dream? It could happen by this coming Easter and be announced by the pope from his balcony on Saint Peter’s. 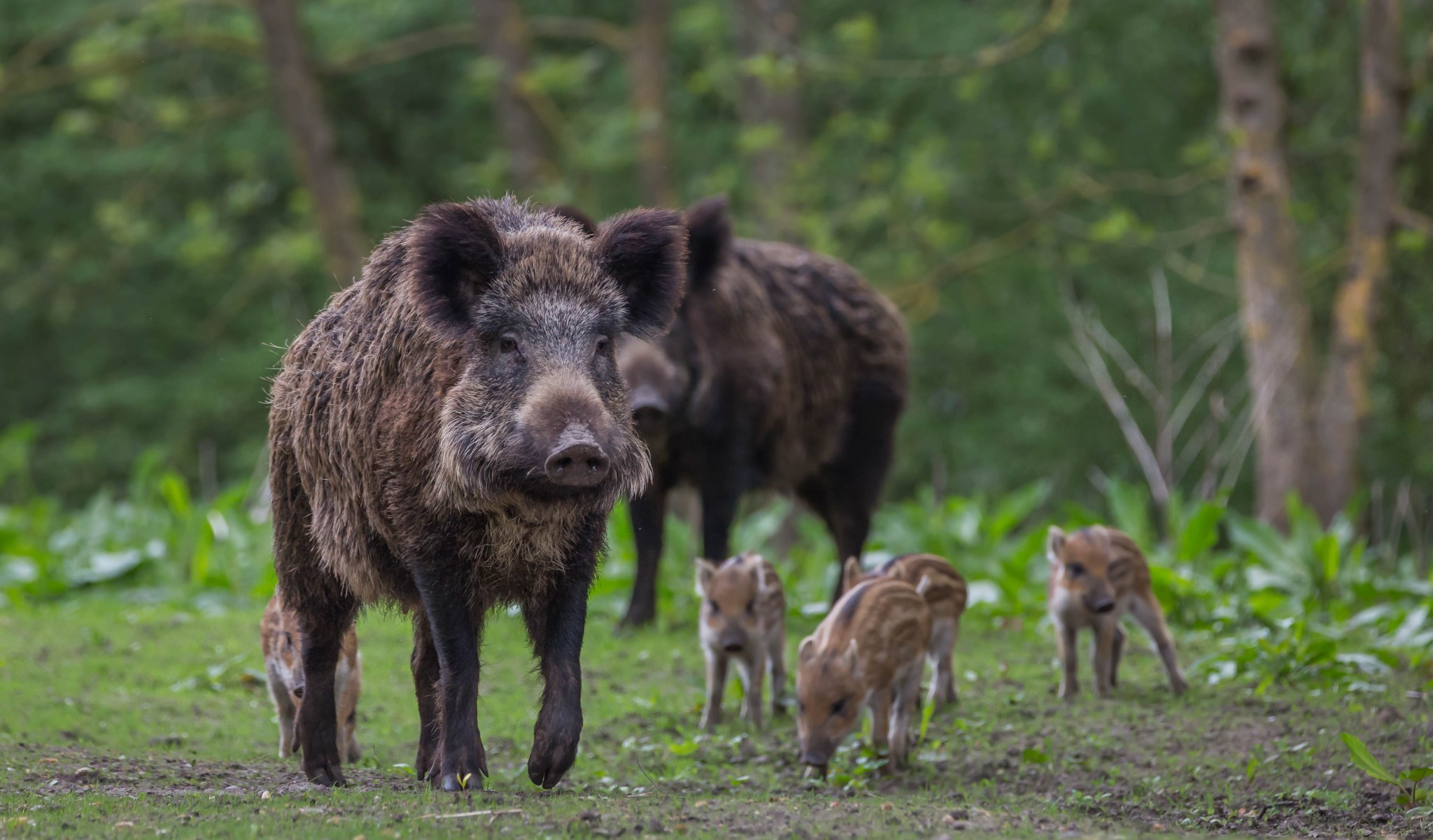 We the animals also “Give thanks unto the Lord for His Merciful Ways,” — and for “Rome, The Shining City” Project! (Psalm 136) (Randy van Domselaar/Shutterstock)