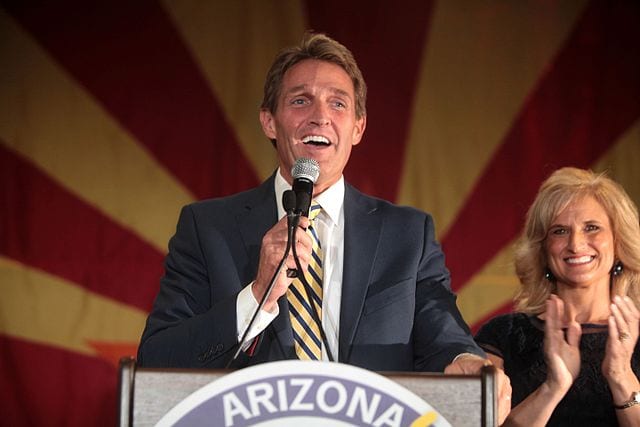 Don’t look for President Trump’s executive order ending the practice of separating adult gate-crashers from their children (or from children they claim to be theirs) to have much effect on Democrats, the left-stream media, or advanced thinkers in the Republican Party such as Jeff the well-known Flake. They’re having way too much fun hamming it up to ever let this one go. They will pillory the Donald about this until the end of time. Perhaps beyond.

In the wall-to-wall, over-the-top coverage of this issue a favorite question being asked, always in full-throated indignation so that it’s more an accusation than a question, is, “What kind of country are we?!” One example of many comes from the headline to this weepy Time magazine story. (I too was surprised to learn that Time is still being published. Show of hands of those who have seen it on a newsstand or encountered anyone who has read it…That’s what I thought.)

Regardless of the merits of the various ways this difficult matter could or should be dealt with, one answer to this favorite question-of-the-week is that without borders and reasonable and enforceable laws about who can be in the country under what circumstance, we aren’t a country at all. Just coordinates on a map where an ever-shifting motley comes and goes at its whim. The United Coordinates of America? (Not even all that united, come to that.)

Almost without exception the people wailing the loudest and striking the most overly dramatic moral poses on this are the same folks who have turned thumbs down on every means of stopping or even slowing the flow of citizens of other countries illegally entering and staying in El Norte. These poseurs whoop up “immigration reform” schemes that, when you read the fine print, you see that no one illegally north of the border would ever be obliged to return to the country of which he or she is a citizen. This allows these duplicitous villains to claim that they are not for open borders when it fact they are. They will tolerate nothing that slows the flow of undocumented Democrats from the south. They’ve lost all moral authority to be listened to on this latest issue as the laws and policies they’ve enacted, as well as their rhetoric, have created the incentives for the very problem we are, at last, trying to deal with.

Larry Thornberry
Follow Their Stories:
View More
Larry Thornberry is a writer in Tampa.
Most Popular
1
Arts and Letters
The Ally of Executioners: Pushkin, Brodsky, and the Deep Roots of Russian Chauvinism
by Matthew Omolesky