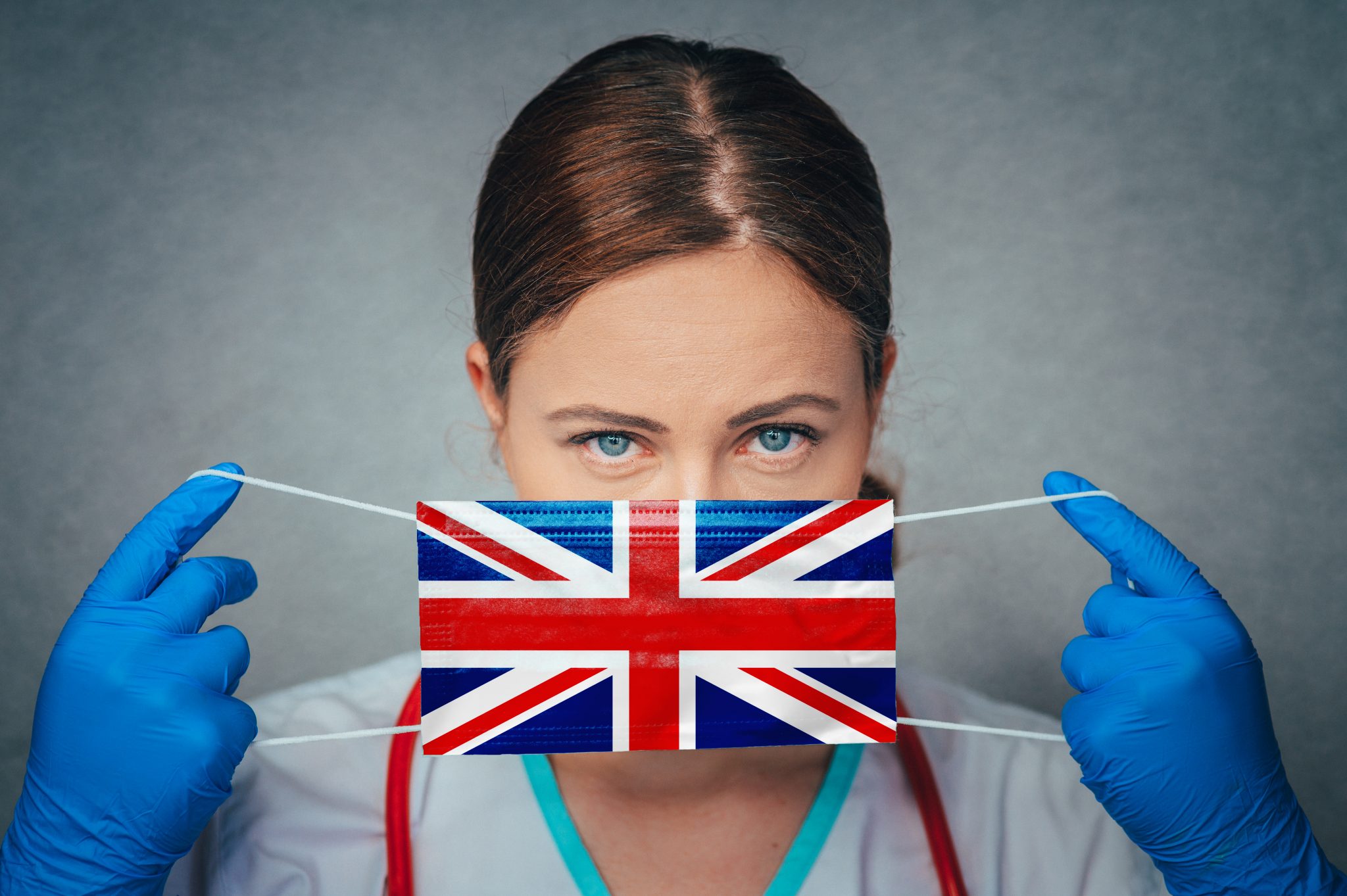 I try, each night here in England, to watch the Daily Briefings by President Trump’s Coronavirus Task Force. Not only to receive the president’s message directly, rather than through a tainted commentary by the morning papers that seems to pass themselves off as journalism nowadays, but also as a medical doctor, to find out why the USA is succeeding at keeping its mortality rate from COVID-19 so low compared to the UK.

At the time of writing, the deaths per million in the UK from the virus is 405, while in the USA it is half of this and in Germany it is a quarter. This ratio is unlikely to change considerably.

There are four possible reasons for this difference. Firstly, the UK is under-reporting the infection rates (the denominator) and so the mortality percentage may be lower in the context of dilution by a more prevalent disease. Secondly, the UK is over-reporting mortality figures (the numerator), not intentionally by fabricating the data, but by redefining the disease. Thirdly, the health care the UK is providing its citizens in this pandemic is not on par with the USA or Germany. Finally, the population of the UK is not the same as the USA and may be more susceptible to the more serious aspects of the disease. I will discuss each of these in turn.

The mortality figures of populations in southern Asia and Africa appear to be less than the UK, demonstrating race-ethnicity genetics on their own may not easily explain mortality.

With regard to under-reporting true infection rates, the UK is currently testing symptomatic people using RT-PCR techniques from throat swabs or sputum samples. RT-PCR works by detecting the genetic code of the virus rather than the whole virus. The test can only tell if someone has the infection currently and is dependent on how symptomatic an individual is. Furthermore, the tests produced by Public Health England (PHE) have a variable sensitivity and specificity (i.e. how accurately the tests pick up people who have the disease or do not have the disease respectively). There is currently no evidence that the tests used in the USA by the Centers for Disease Control (CDC) or Germany are any more sensitive or specific than those used by PHE. But Germany and the USA have tested far more people than in the UK. In addition, the tests being done in the UK are limited mainly to key workers (health workers for instance), whereas in the USA and Germany, testing is available to the general public.

A better technique to study the prevalence of the disease is a serological (blood) antibody test to check if someone has ever had COVID-19 even if they have recovered or are asymptomatic. While the UK has not employed these tests routinely at present, the Food and Drug Administration (FDA) has approved the tests for use in the USA. Studies from New York, for instance, have shown that as many as 21 percent of its citizens have contracted the virus at some point using antibody testing, thus dramatically reducing its mortality rate from 5 percent to 0.5 percent. As antibody testing becomes more widely available in the UK, we would likely see a similar pattern with mortality proportions falling.

Moving on to over-reporting, there are subtle differences in a patient having died of COVID-19 (e.g. respiratory failure or multi-organ failure from the pathological inflammatory response to the virus) and having died with COVID-19 (e.g. a patient having a heart attack due to a blocked coronary vessel who concomitantly tested positive for COVID-19). In the UK, both “of” and “with” COVID-19 are included in the deaths recorded. Medical practitioners are permitted to even put “presumed COVID” on the medical death certificate if there is no positive COVID-19 swab result. I have always felt uncomfortable with this undertaking as a Death Certificate is a permanent, legal document that should be accurately completed. I would, for instance, never put “presumed HIV” or “HIV” on a death certificate without diagnostic confirmation. This is not standard practice in many other countries that are reporting lower COVID-19 mortality cases, although the USA’s CDC does record “probable COVID-19” cases on its database.

Free at the point-of-delivery health care is a noble concept. Nevertheless, the UK’s National Health Service (NHS) didn’t have the population size, demographics, or treatment algorithms of the 21st century in mind when it started in the 1940s. Although the caliber of its health professionals is excellent, there is a lot of bureaucracy, red tape, and waste within the NHS. The UK consistently underperforms against other developed countries in the treatment of certain diseases, including cancer. Part of the reason for this may be the inability for innovative treatments to be adapted quickly and delivered efficiently in a rigid Leviathan that is obsessed with risk aversion over improving clinical outcomes, particularly during an emergency such as this pandemic. Comparatively, watching the USA task force’s seamless and efficient integration of the public and private sectors in delivering ventilators and streamlining the FDA approval process for diagnostics and treatment, one can see clearly the importance of public–private partnerships in reaching mutual goals.

Finally, there is the question of whether UK patients are different than elsewhere and so respond differently to the virus. The Intensive Care National Audit and Research Centre (ICNARC) is an excellent resource tool that documents admissions to critical care settings in the UK. ICNARC has shown that older patients with co-morbidities are more likely to be admitted to intensive care and succumb to the virus. This concurs with data from other countries including the USA and Italy. There is nothing to suggest in the literature that the age or co-morbidity distribution of the UK as a whole is much different to Europe or America.

Although the White demographic forms the vast majority of patients contracting COVID-19 and succumbing to the disease, the Black and Minority Ethnic (BAME) population is reported to be over-represented in the critical cohort with 15 percent of deaths in the UK from BAME communities. But the data from the National and Regional Populations from the government website are not drastically different than the makeup of the UK population, where Whites account for around 85 percent of the demographics. London, the largest region for COVID deaths, shows that BAME make up 40 percent of the population, which may account for any greater ethnic death-rate discrepancy in London. The USA shows that racially diverse areas such as New York do report higher risk of deaths among African-Americans. We know that certain ethnic groups are more susceptible or resistant to particular microorganisms such as Tuberculosis, and this may also prove to be true for COVID-19. While the data may suggest that certain racial groups are at risk, it doesn’t explain the lower death rate in the USA, which has a higher non-white population than the UK. Furthermore, the mortality figures of populations in southern Asia and Africa appear to be less than the UK, demonstrating race/ethnicity genetics on their own may not easily explain mortality. Rather, associated factors such as epigenetics (the influence of the environment on gene expression), socioeconomic differences, and delivery of health care in certain communities may play a role in variations in mortality.

Although President Trump has received criticism for his handling of the virus, I think he made many important decisions that ultimately saved lives including closing the border to China and Europe early. This was against a backdrop of the World Health Organization denying human-to-human transmission and the media playing down the threat until the country became infected.

Prime Minister Boris Johnson is a brilliant politician. He is very strong mentally and physically, as demonstrated by his heroic recovery from COVID-19. But the blanket national lockdown model he reluctantly resorted to may have been based more on fear than science as there is little evidence that closing businesses and schools reduces the spread of infection in an already diffusely infected population. This contrasts with quarantine of localized infections, which has strong evidence. A more sensible Swedish model that protected the vulnerable and allowed the pursuit of herd immunity in the healthier, younger population while not over-stretching the health system was his first inclination. Sweden currently has a lower mortality rate than the UK. Where the USA did get it right is that it tailored its approach to each individual state, with heavily infected States such as Gov. Cuomo’s New York decisively employing draconian measures in an almost self-quarantine fashion and less densely populated/infected areas such as Gov. Noem’s South Dakota rationally taking more liberal measures.

The answer as to why the UK’s mortality rate is high compared to countries such as Sweden, Germany, or the USA is likely multifactorial. It is unlikely because the population is different but may be a combination of other possibilities. Once these reasons are found, as the pandemic dies down, lessons can be learned from analyzing what different countries got right and wrong so as to better prepare ourselves, globally, for the inevitable future pandemic.