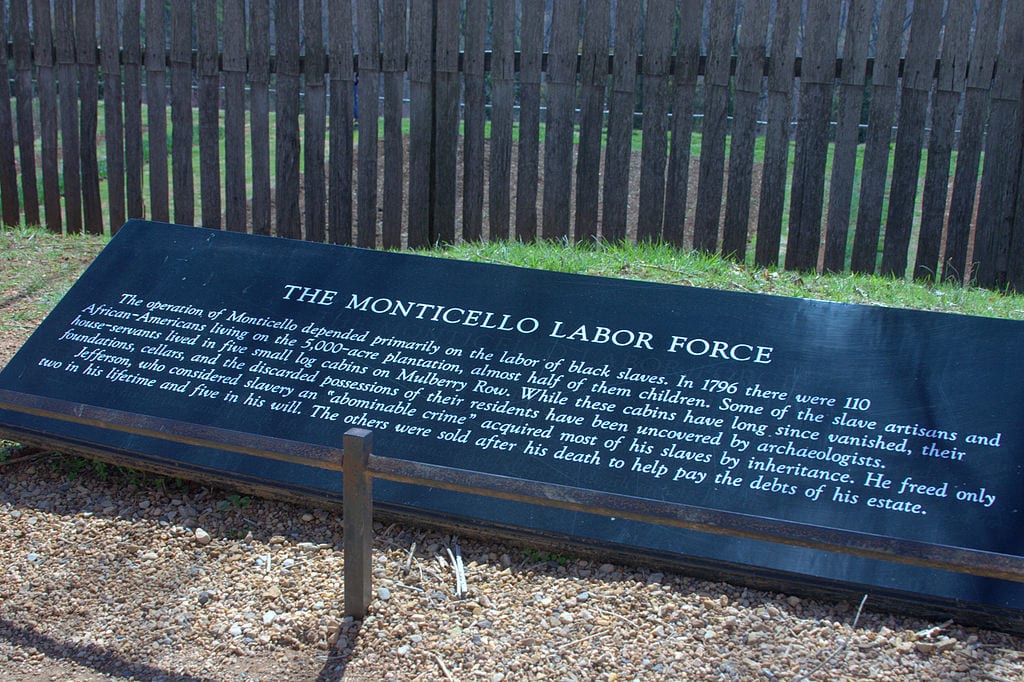 It is one of the most deliberately ignored — if most basic — facts of American history.

The Democrats literally began as the Party of Slavery. It fought relentlessly, as historian Bruce Bartlett has detailed in his book Wrong On Race: The Democratic Party’s Buried Past, “to save and protect that institution right down to the Civil War.”

Thomas Jefferson was the founder of what became the Democratic Party. A slave owner himself, he rested the party’s political power on support from fellow slave owners. As historian Garry Wills from Northwestern University noted in his book on Jefferson’s reliance on the political power of slave owners, “Negro President”: Jefferson and the Slave Power, “Like all other southerners, Jefferson had to take every political step he could to prevent challenges to the slave system.”

Historians, not to mention the Democratic Party itself, credit Andrew Jackson as being the co-founder of the Democrats. This is why the party fundraisers for well over a century have been titled “Jefferson–Jackson Day” dinners.

Jackson, also a slave owner, is noted as well for being the moving force behind the “Trail of Tears,” which is accurately described here by PBS:

In 1838 and 1839, as part of Andrew Jackson’s Indian removal policy, the Cherokee nation was forced to give up its lands east of the Mississippi River and to migrate to an area in present-day Oklahoma. The Cherokee people called this journey the “Trail of Tears,” because of its devastating effects. The migrants faced hunger, disease, and exhaustion on the forced march. Over 4,000 out of 15,000 of the Cherokees died.

As I noted here ages ago, when Democrats began writing their political platforms in 1840, the first six of these official statements of party policy positions between 1840 and 1860 all reflected the Jefferson–Jackson view of staunch support for slavery.

As I have also pointed out, this abject appeal to racism has been continuously at the very core of the Democratic Party and its supporters in the American Left ever since. From creating and then staunchly supporting Jim Crow laws that segregated America to opposition to post-Civil War laws passed by Republicans in 1866, 1870, and 1875 that did everything from protecting the equal protection rights, voting rights, and rights to equal treatment in public accommodations and public transportation of blacks, not to mention its opposition to anti-lynching laws and support for the Ku Klux Klan, abject racism has from the get-go been at the very heart of the Democratic Party and the American Left. Today, as also noted in this space, identity politics — the son of segregation and direct descendant of the original identity politics of slavery — is the coin of the realm in the modern Democratic Party.

In other words? When it comes to racism, nothing — nothing — has changed with the American Left.

The hard fact of both history and current events is that it isn’t America as whole but rather the Democrats and the American Left who have at their core a systemic racism. Their ancient and well-honed political formula is straightforward: Use racism to win elections and gain power, then use that power to pass the progressive agenda of the moment.

Nowhere is this currently more vividly on display than the preposterous charge that there is systemic racism in today’s America. It is a classic case of projection — charging others with what you yourself have as a quite visibly serious problem.

There is no one on the left or right who has been anything other than revolted by the horrific video of George Floyd’s life being snuffed out by police officer Derek Chauvin as Floyd gasps, “I can’t breathe!” But in fact what did not take long to surface is the idea that there is “systemic racism” in America at large — a very clever way of using the systemic racism of the Democrats themselves.

Is there racism in America? Answer: There are always bigots and idiots out there, both in America and in countries around the world.

But systemic racism? The one place in America where there is systemic racism is the place it has been for the 220 years of its existence — in the Democratic Party and the American Left.

A perfect example of using race to win votes has occurred this very week. Here is the headline from Fox News:

Ex-Warren surrogate blasts white Democrats for kneeling in African cloth: ‘This has to be hell’

A former national surrogate for Sen. Elizabeth Warren, D-Mass., ripped into white congressional Democrats on Monday after they wore African-patterned garb and knelt in a demonstration against racism and police brutality.

“I still can’t wrap my mind around the fact that they draped these white people in kente cloth to ‘honor’ him. This has to be hell,” author Frederick Joseph tweeted, also arguing that black Americans are “being pandered to, and ultimately, disrespected.”

Mr. Joseph is spot on. The white congressional Democrats who pulled this disgraceful stunt were in fact pandering and ultimately disrespecting black Americans.

And they do it for a reason. Power.

Not to mention that pandering and exploiting Americans by race is the 220-year culture of the Democrats and the American Left.

There is a name for this.