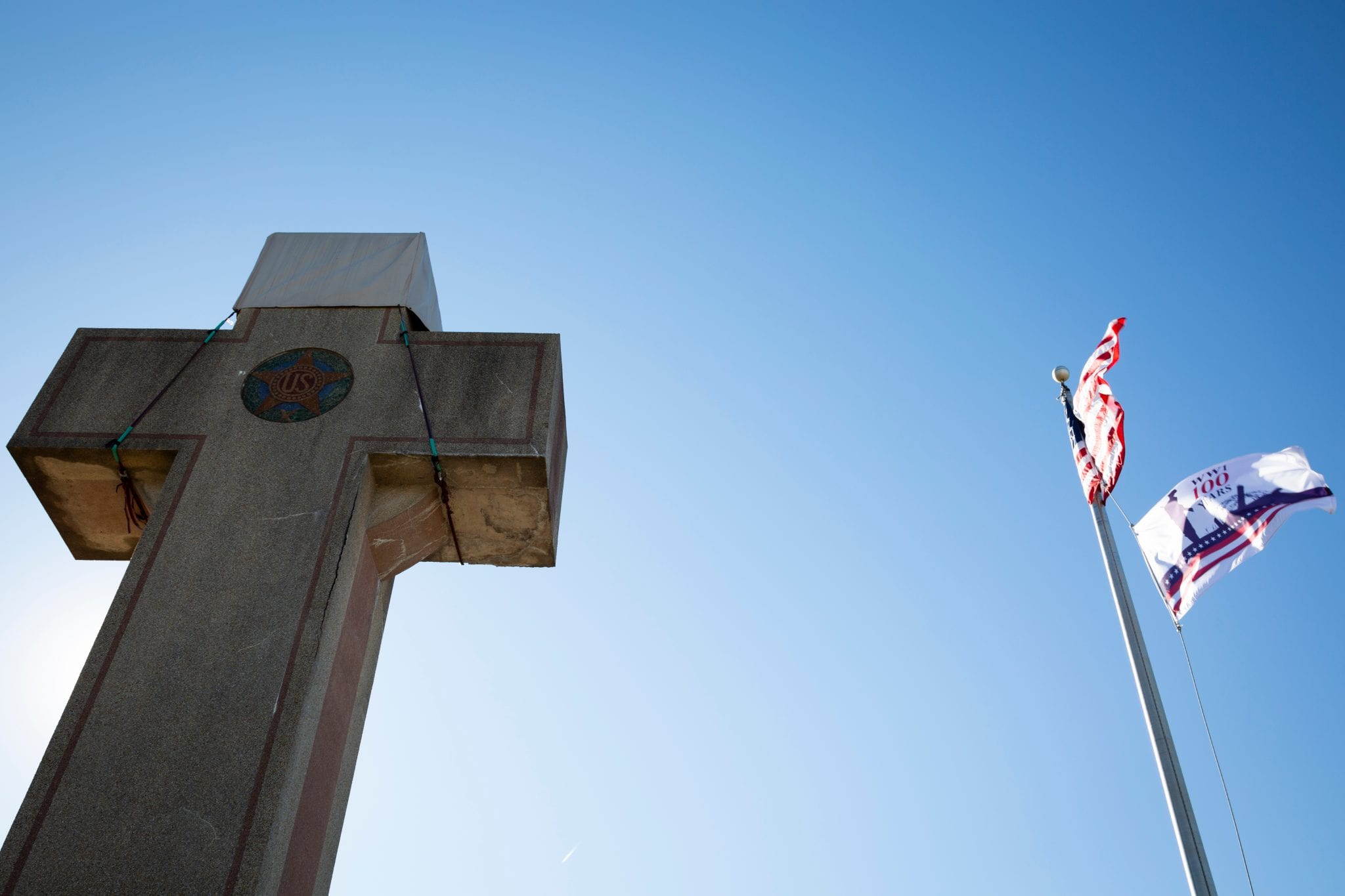 It’s like, really, we need all the religion we can get around here! What with Americans — you know — perpetually at each other’s throats, yelling in each other’s faces. But we get another reminder, at the feet of the Supreme Court, of the difficulties attendant on expunging nastiness from national life.

Our highest court had to instruct us, 7-2, it was no violation of our national principles to leave unmolested a large cross of marble and granite commemorating on public land in Maryland the deaths of local soldiers in World War I. We need learned jurists to tell us what any uninstructed half-wit, 80 or 90 years ago, could have figured out? Namely, that in the affairs of nations, the exercise of human generosity counts for at least as much as do legal rights, real or asserted. However, we don’t do things that way anymore. We’ve forgotten how. Note the yelling, etc.

The yelling — juridically speaking — in the case of American Legion versus American Humanist Association commenced when unnamed aggrieved parties made known their offense at the spectacle of a Christian cross on once-private now-public land. In the complainants’ eyes, Maryland’s government could be construed as sponsoring religion, contrary to the requirements of the First Amendment to the U.S. Constitution (enforceable against state governments since 1940). The high court, after lower court litigation had been exhausted, took a look and said last week, well, no, there’s nothing wrong with the cross where it is, doing what it does.

Thus, the cross stands, and members or clients of the American Humanist Association who suffer offense at the sight of a Christian symbol — on public land — may avert their eyes, though they may choose instead to fume. The habit of attempting to rewrite supposedly premodern norms and values steadily intensifies. The demands this makes on us are rigorous. We’ve been living this way, not always noticing it, for maybe 60 years. Life gets less and less friendly. Donald Trump didn’t initiate the idea of stuffing your personal views down other people’s throats, declaring them to be right and orthodox.

The tone of modern discourse, if you want to call it that, dates mainly from the ’60s — not that we never had fights before the ’60s. It was then, however, we learned to fight dirty. I’m-right-you’re-wrong — the style we presently practice — commenced during the counterculture era.

If you say the war has to be won by the United States, you’re not just wrong, you’re some kind of fascist.

If you’re not offended by the sight of a Christian cross as a public war memorial, you’re at the least insensitive and probably some kind of religious nut.

We used to iron out these matters — most of the time — through the exercise of good manners. That was before we came to recognize good manners as a form of “oppression” — demanding restraint in the face of the outrageous. To see the other side of an argument as well as your own side is, in our hyper-politicized era, stupid. Gets you nowhere. Wastes time. Let’s get on with the business at hand: winning power, exercising power.

Odd thing about religion, in the power struggle context: At its best and highest, as distinguished from its worst and lowest (e.g., the Thirty Years’ War), religion mitigates conflict. Thus, George Washington’s declaration in his Farewell Address: “Let us with caution indulge the supposition, that… national morality can prevail in exclusion of religious principle.”

Would not Washington have looked benignly upon a 40-foot cross honoring American war dead? A follow-up question is of equal import, it seems to me. Would he not have shaken his head sadly at the process by which we got to this point in our affairs, turning over to learned judges a question as obvious and easy as this one?

But we got here. And the learned judges did just as they ought to have.

William Murchison is writing a book on American moral restoration in the 21st century. His latest book is The Cost of Liberty: The Life of John Dickinson. Visit the Creators Syndicate website at www.creators.com.