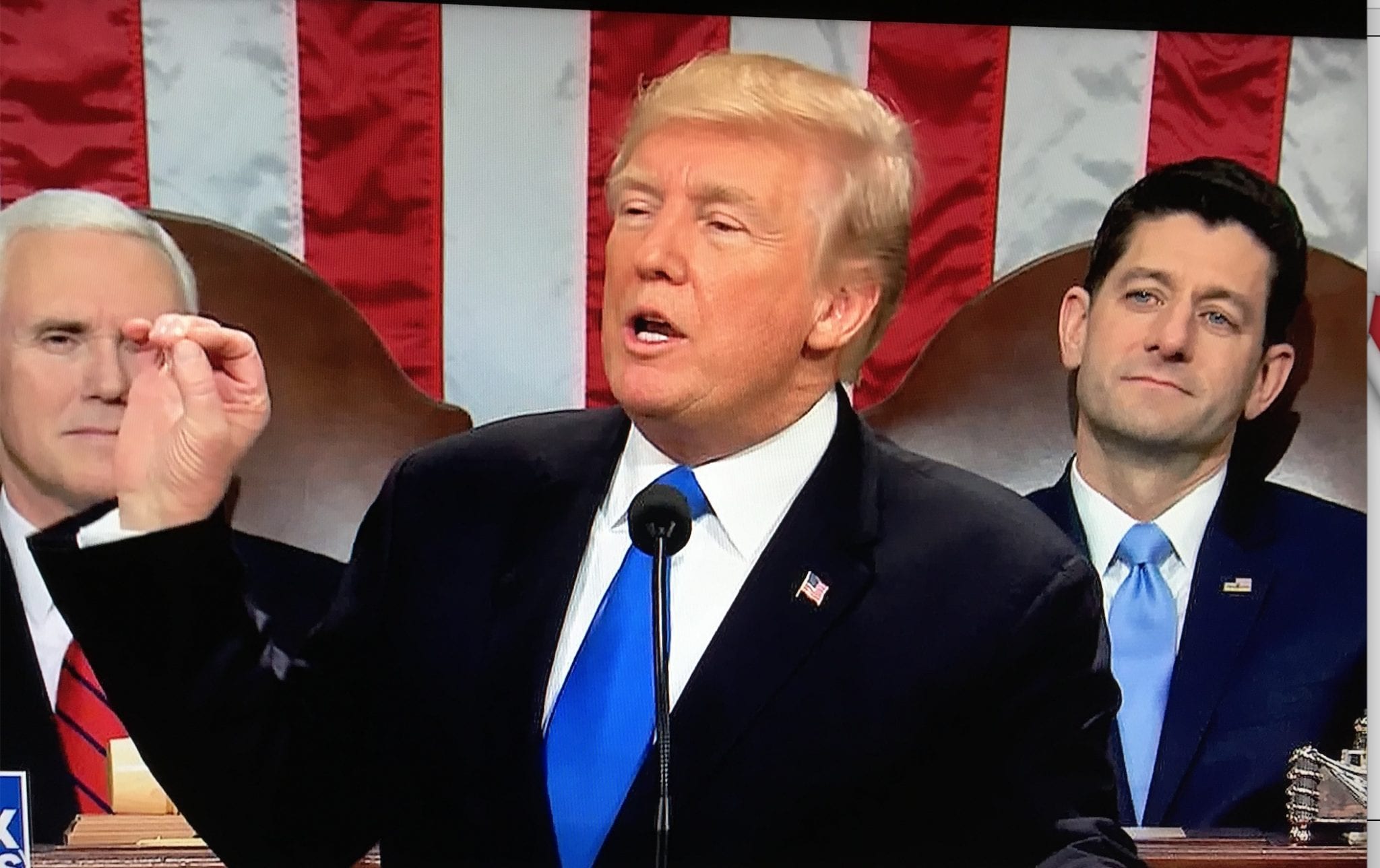 In all of the media’s blather about bipartisanship, it never acknowledges the Democratic radicalism that makes any national unity impossible. No sooner had Trump finished the State of the Union Address — a speech that could have been delivered by any Democrat before the radicalism of the 1960s and 1970s seeped into the party — than CNN was throwing a wet blanket on it. “There will be Democrats offended by the speech,” intoned Jake Tapper. “He was selling sweet candy with poison in it,” chipped in Van Jones.

What is the sound of one aisle clapping at the most basic and blameless expressions of nationalism, the nationalism that every functioning country on earth observes? Americans heard it Tuesday night. The Democrats couldn’t clap for the flag or fighting gangs (that elicited a groan from some of them). It couldn’t clap for the national anthem, secure borders, religious liberty, even vocational training. It saw poison everywhere, though they did perk up at Trump’s mention of second chances for criminals.

The Democrats have become the foreigners first party. Notice that one of the two official Democratic responses was in Spanish. The other one was delivered by Rep. Joe Kennedy III, whose digressions about “transgenderism” would have even confused his forbears. He too broke into a little Spanish during his response, before endorsing the open borders anarchism of La Raza. He approvingly quoted illegal immigrants who promised to “tear down” any future walls.

Trump’s speech contained few ideological edges. But Tapper, a former Democratic staffer, saw parts of the speech as “holding up a fist.” Other commentators, desperate to find something to attack in the speech, pronounced it “flat” and questioned its “cadence.” They liked that he larded it with a rainbow of “inspirational stories,” but turned their noses up at its policy ambitions, even though many of them (paid family leave and amnesty for Dreamers) represented substantial concessions to the Democrats.

Before the Democrats took their McGovernite turn, they would have agreed with almost everything in Trump’s speech and would have stood for much of it. Now it is a party of stale and geriatric radicalism. (Even Joe Kennedy III sounded like a young old fogey, delivering a speech that could have been written by George McGovern and Bernie Sanders.) And so the Democrats sulked through much of the speech. They fiddled with their phones and rolled their eyes even at the most banal lines. The black caucus slouched through Trump’s tribute to historic levels of black employment.

Before the speech, CNN treated the boycotting Democrats gingerly and sympathetically, even raising the question of whether mere attendance constituted “normalizing” Trump. It didn’t treat those Democrats as extreme but worthy of a serious hearing.

When not debating that matter solemnly, CNN indulged in some leering speculation about the Trump marriage. One “correspondent” popped up before the speech started to wonder if Melania’s white attire was a form of protest against her husband. Much was made of Melania traveling “separately” to the speech. That she was hosting a pre-speech reception with Pence’s wife didn’t suffice as an explanation. “They are traveling separately on multiple fronts,” one of the anchors asserted. So much for the media’s old rules about the tastelessness of probing presidential families. It is open season on the Trumps. All of the insinuating comments about Melania were couched in faux-respectful language (she is more popular than her husband, Wolf Blitzer hastened to add, as if that gave a certain dignity to the otherwise gossipy tone of the segment), but I doubt she found any of it flattering.

But the most forlorn attendee was Joe Manchin, who spent much of the speech standing alone. Afterwards, he noted the rudeness of his fellow Democrats. That didn’t go over well at CNN. Van Jones scoffed at Manchin’s comment. Anderson Cooper didn’t find the rudeness of the Democrats noteworthy either. The best one guest could muster as an explanation for Manchin’s comment was that Trump avoided “red meat” in the speech. But soon enough they were back to chiding him for “alienating” Democrats.

Avoiding that is an impossible task, given that the Democrats find their own country’s flag alienating. As the postmortem wore on, it began to dawn on CNN’s liberal commentariat that its initial reaction to the speech was less positive than that of the channel’s own viewers. A CNN instant poll showed that most viewers approved of the speech. But David Axelrod took hope in tomorrow’s “tweets” and John King wondered about the “shelf-life” of Trump’s address.