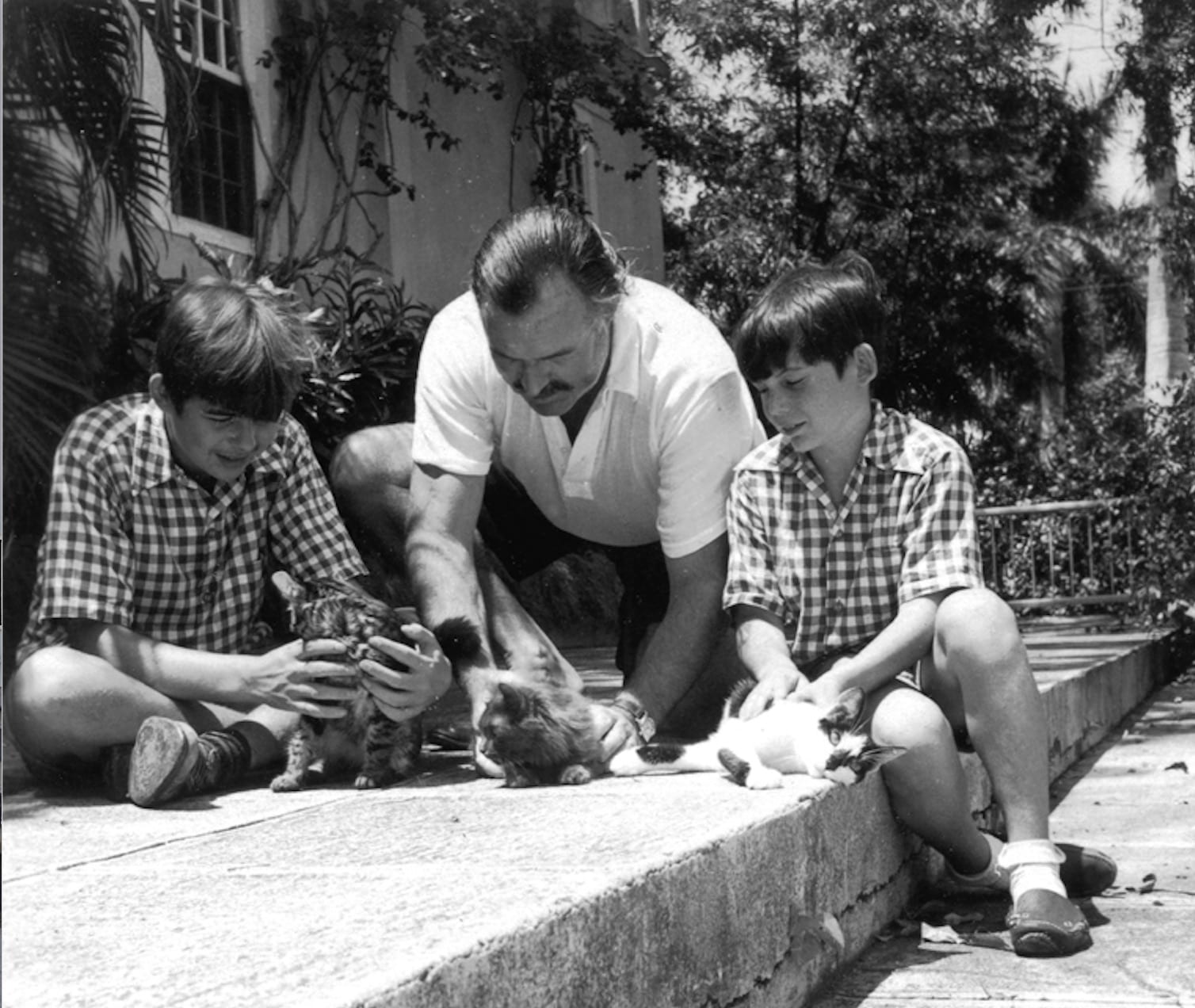 The U.S. Department of Agriculture (USDA) will soon release its annual report “Expenditures on Children by Families,” better known as “The Cost of Raising a Child.” And you will see media headlines like those from January 2017:

The report was first issued in 1960 and, given that it is published by the USDA’s Center for Nutrition Policy and Promotion, it’s likely in its early days to have focused on food costs. That was then. A press release that accompanied the 28-page 2017 report observed, “Understanding the costs of raising children and planning for anticipated and unexpected life events is an important part of securing financial health.” The report itself stated that it “may be used in developing State child support guidelines and foster care payments, as well as in public health and family-centered education programs” (p. 1) (emphasis added). A contemporaneous posting by one of the report’s authors went further and wrote, “It outlines typical spending… and is used in a number of ways to help support and educat[e] American families. Courts and state governments use this data to inform their decisions about child support guidelines and foster care payments. Financial planners use the information to provide advice to their clients…” (emphasis added). The report is an interesting academic exercise, written by four people with doctorates, but if it is “used” at all, it is used for its shock value to deter people from having children.

Its deficiencies are so great that I am reminded of Stormin’ Norman’s comments in the middle of the 1991 Gulf War. General Norman Schwarzkopf, Jr. (1934-2012) was the commanding general. He complained publicly that he was receiving intelligence reports filled with so many caveats, qualifiers, and footnotes, it was as though the reports had been written by lawyers. He demanded instead what he called “actionable intelligence.” Except for its deterrence value, this USDA report cannot be characterized as actionable intelligence.

First, more than once, the report says it is a “technical report.” It is indeed technical, and if you are conversant with its data, its methods, its assumptions, then you can understand the severe limitations on its conclusions. For example, it discusses at length the decision to use “per capita” methods rather than a “marginal” approach where the latter contrasts expenses by adults without children and expenses by adults with children. (pp. 9, 16-18)

Second, there are “necessities” for children — food, clothing, healthcare, and housing — and “discretionary” items such as private school tuition, vacations, toys and games (including computer games and electronic devices), sports, music lessons, dancing lessons. The $233,000 figure includes discretionary spending. The report acknowledges that “expenses on a child for goods and services considered to be necessities… did not vary as much as those considered to be discretionary… among households” no matter the household income. (p.10) Obviously, and as the report states, families with more income spend more on discretionary items. The heart of the report, the only part of the report worth the media’s attention, is the cost of necessities. Discretionary items should not be included in an “average” cost of raising a child.

Third, the cost of raising a child is given only to and through age 17. It covers no costs after age 17, including postsecondary training or education or any costs associated with a “boomerang” adult son or daughter. (Nonetheless, to add a “scare” factor, the report gratuitously states the average annual list (not net) prices for 2-year and 4-year colleges for the academic year 2016-2017. (p.20))

Fourth, there is the difference in costs between raising one child and raising multiple children. The report acknowledges this and attempts to quantify the “cheaper by the dozen” (“economies of scale” p.14) phenomenon. Nonetheless, the colloquial name for the report is “The Cost of Raising a Child.”

Fifth, the report excluded a very large percentage of current day household types, in two ways. One is with respect to the number of children in the household and the other regarding familial relations among of the adults in the household.

The Number of Children in the Household. The report states that “only a small percentage of families had four or more children” and therefore did not focus on them (p.14; no citation), so we can tell what the economies of scale are. Yet the Pew Center reported that, in 2014, 14% of women who are mothers had four or more children. (Gretchen Livingston, “Family Size Among Mothers,” May 7, 2015.)

Familial Relations Among the Adults in the Household. In the 1960s, there were so few single-parent households that they were not included in the report (p.21). The 2017 report included single-parents and married couples but excluded households consisting of cohabiting couples, grandparents, and adult siblings of a parent (p.4). These constitute large and growing numbers of households:

5% of children are not living with either parent. In most of these cases, they are living with a grandparent…

In 2013, about 5 million (or 7 percent) of children were living in cohabiting parent families. By age 12, 40 percent of children had spent some time living with parents who were cohabiting. (Manning, “Cohabitation and Child Wellbeing” (2015).)

Am I done yet pointing out the problems with this report? No.

Sixth, the report refines its $233,000 figure depending on the income level of the single parent or married couple. It divides people into three income levels. While it divided children into six age categories which “approximate the different stages of childhood and have historically been used” (p. 6; no citation), it decided to divide income groups into three without giving a reason (p.5), and chose the income ranges for these three by splitting the country into equal numbers in each third. So, the one-third lowest-income group has an income under $59,200, the highest third above $107,400. The lowest-income group includes people both below and above the poverty line of $24,600 for a family of four.

Seventh, expenses paid for children by a non-custodial parent or by adults such as grandparents are not included (pp. 11, 14). (Alimony is included to compute income level.) Expenses paid for the benefit of children by various levels of government are also not included, including public schools (except insofar as they are included in property taxes that are included in the cost of housing), public school lunches, and Medicaid. (Food stamps, however, are included as an expense by the adults on children (p.3).)

Eighth, “Indirect costs involved in child rearing by parents (time costs and foregone earnings and career opportunities) are… not included.… In addition [to the cost of day] care for children, current earnings and future career opportunities may be diminished because of job choice or reduced time in the labor force for one or both parents. These situations… have a cost attached to them” (p. 20). So, the report treats equally married couples where both work outside the home with ones where one does not work full-time outside the home.

Ninth, the report uses a database, the “Consumer Expenditure Survey” for 2011-1015 developed by the Bureau of Labor Statistics (BLS) of the U.S. Department of Labor. The BLS survey had a sample consisting of 23,297 married-couple households and 7,030 single-parent households. The USDA report is stuck with the limitations of that database. A small example of this: The BLS database doesn’t have information on expenditures on clothing for children ages 16 and 17, so the USDA report decided to assume, without any basis, that expenses for these children were the same as expenses for children age 15 (p. 6).

Tenth, the report is not a longitudinal report, that is, it does not follow a cohort of children through time. Rather, it takes six snapshots of expenses — one of expenses associated with raising children ages birth-2, one of expenses associated with raising children ages 3-5, etc. Then it aggregates them into a composite. The report, therefore, asks “How much do people who make $X today spend on their current children ages 4 and 10?” These adults may have made less money when their children were younger and they may make more money when the children are older. “For other families, a job loss or divorce may cause a decline in income.” (p.20)

Eleventh, and lastly, one cannot compare the figures given in reports from 1960, 1970, 1980, etc., to show how things changed over time because of “changes in methodology” made by USDA (p. 21 describing one such change).

I have pointed out this report’s many flaws. But even if it accurately provided a figure on the economics of raising children, we would still have to put it in a tiny little box as we consider our lives as adults. Of course, it costs money and time to rear a child. Yet no dollar amount can put a price on the value of living a life as an adult that is filled with children, including children whose conditions are in most need of our love and care — orphans, impoverished children, children with mental or physical disabilities or chronic conditions. I know this personally — as a father and as one who lived in a home for three years with 11 teen-aged boys with physical and mental disabilities.

We sometimes need to be reminded of the countless number of people who bore and raised children in humble circumstances, not from the point of view of the children but of the parents. Here is a sampling of such parents:

Don’t be scared by your government’s report. Give life. Your parents did.