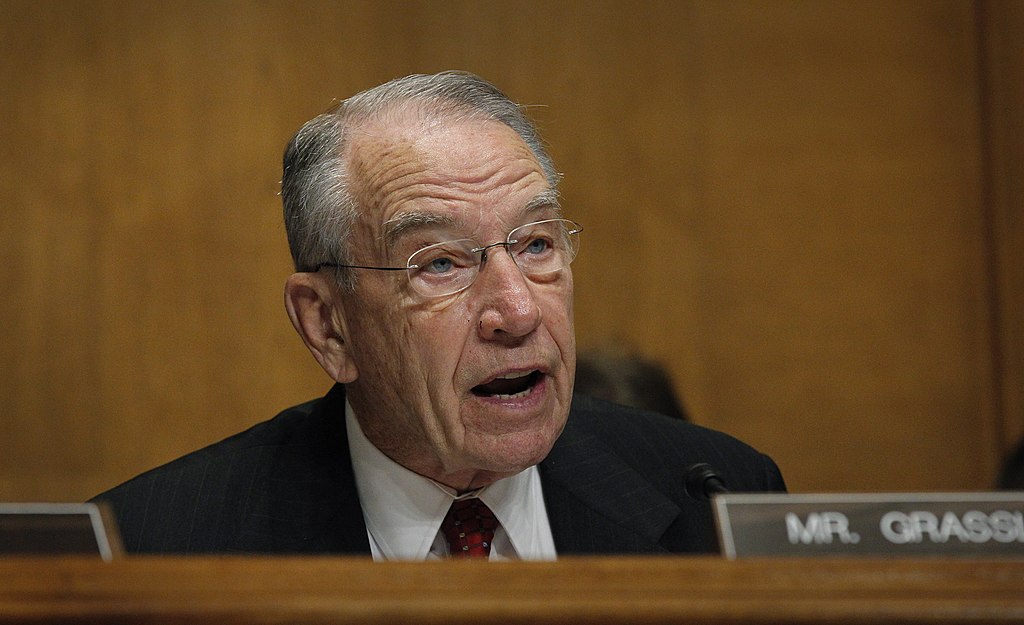 Democrats turned the confirmation hearings for Brett Kavanaugh, a distinguished federal judge and well-respected community member, into a bizarre circus of interruptions, both from shrieking audience members and from Democratic committee members who complained obsessively on document production, despite the fact the custodians of Bush presidential records had cleared for release every individual document requested by Democrats.

Now we know that while they were preening and posing and proclaiming “I am Spartacus!” they were also doing precisely what they were falsely accusing Republicans of — concealing a document. Specifically, concealing a letter from Christine Blasey Ford accusing Kavanaugh of sexual assault somewhere in suburban Maryland sometime in the 1980s. That document — which, if not concealed prior to the hearings could have been resolved through background investigation or through public interrogation — was instead held by committee Democrats for leaked public release (in violation of Senate rules) after the hearings, on the eve of a scheduled vote.

The strategy? Delay, delay, delay. Win the Senate. Keep the seat open through the next presidential election. Win the White House. Appoint a liberal. We know that because the Democratic point woman in the smear campaign, Senator Mazie Hirono of Hawaii, was asked point blank by Politico if a Democratic Senate would keep the Kavanaugh seat vacant for two full years and she said: “I think we’ve had those types of vacancies before… so the world does not come to an end.”

The Blasey Ford letter was not credible on its face. But the purpose behind its release was to stall and delay, and for that it worked.

Blasey Ford claimed that sometime in the 1980s, somewhere in Montgomery County — a county with a population of about a million people — Brett Kavanaugh committed sexual assault. Blasey Ford never told anyone about this event until at least three decades later. Her husband told the Washington Post that Blasey Ford told a version of the story for the first time in couples counseling in 2012, when she “voiced concern that Kavanaugh — then a federal judge — might one day be nominated to the Supreme Court.” He was widely reported at the time to be Romney’s top choice.

The Washington Post had to fudge Blasey Ford’s story to explain away a major discrepancy between the 2012 therapist notes and the letter being concealed by Senate Democrats. In the 2012 version, there were four assailants, versus two in the letter. The Post claimed the therapist mistook that there were four boys at the party for four boys being in the room. Except the Post knew — but refused to inform their reader — that in the more recent version of the tale there were only three boys at the party — and a girl, Leland Keyser.

Kavanaugh immediately issued a categorical denial, stating to the Senate Judiciary Committee under penalty of felony that he had never committed any such act against Blasey Ford or any other person.

Blasey Ford, with a team of Democratic consultants and lawyers, entered into days of will she testify cat-and-mouse games. She even claimed a fear of flying meant she could not get to D.C. for the originally scheduled hearings. Throughout all the stalling, committee Democrats refused to share the original letter with the majority, which had only a redacted version. One of the redactions was the fact that Blasey Ford was available to meet in D.C. from July 30 to August 7, and would be available in California on August 10 — which means she was planning to drive 40-plus hours straight without any stops, or the fear of flying was new this month.

By Sunday the three other alleged partygoers had all sent the committee statements, under penalty of felony, denying any recollection of any party like the one described in the letter. Keyser, the only woman named by Blasey Ford and a lifelong friend of hers, went further. Her statement says: “Simply put, Ms. Keyser does not know Mr. Kavanaugh and she has no recollection of ever being at a party or gathering where he was present, with, or without, Dr. Ford.”

So we had an allegation about a mystery party at an unknown location on an unknown date that all four people who were supposedly there said didn’t happen. The story had collapsed. But Democrats had stalled long enough to convince a media outlet to run a second smear.

The new accuser, Deborah Ramirez, was found and cultivated by committee Democrats according to the New Yorker’s Ronan Farrow, whose story with Jane Mayer broke the Ramirez allegations, which had already been rejected by the mainstream media.

According to the New Yorker, “she was reluctant to characterize Kavanaugh’s role in the alleged incident with certainty. After six days of carefully assessing her memories and consulting with her attorney Ramirez said that she felt confident enough of her recollections to say that she remembers Kavanaugh had exposed himself at a drunken dormitory party.”

Even the liberal New York Times, which had put considerable investigative resources into the Ramirez tip from committee Democrats, had refused to run the story. “The Times interviewed dozens to corroborate 2nd allegation against Kavanaugh,” Times reporter Peter Baker tweeted, “and could find no one with firsthand knowledge. Ramirez told ex-classmates she couldn’t be certain Kavanaugh was the one who exposed himself. “

Two vague, unsubstantiated, uncorroborated allegations do not add up to a pattern of anything except an obscene smear campaign against a good and decent man on whom no genuine dirt could be found. (Remember the initial attacks on Kavanaugh for putting baseball tickets on his credit card and topping his spaghetti with ketchup?)

All of this amounts to a desperate attempt by the minority party and sympathetic media to use character assassination to prevent judicial conservatives from securing a 5-4 majority on the Supreme Court. Hirono even admitted that she believes the allegation in large part because Kavanaugh is pro-life.

Hirono was asked by CNN’s Jake Tapper: “Doesn’t Kavanaugh have the same presumption of innocence as anyone else in America?”

I put his denial in the context of everything that I know about him in terms of how he approaches his cases. As I said, his credibility is already very questionable in my mind and in the minds of a lot of my fellow Judiciary Committee members, the Democrats.

Evidence doesn’t matter. There is no presumption of innocence. Whatever disgusting smears Kavanaugh and his wife and two daughters suffer are worth it, Dems think, if they can keep a pro-life justice from sitting on the Supreme Court. (This, despite the fact that Kavanaugh has stated Roe v. Wade is settled law and most pro-lifers preferred Amy Coney Barrett over him for this vacancy.)

Every Senator now faces a very stark choice. Either vote to confirm Brett Kavanaugh or vote to confirm the legitimacy of the most obscene, vicious, unfounded smear campaign we have ever seen. And if the Senate does the latter there may be no depths to which our political culture will not sink.