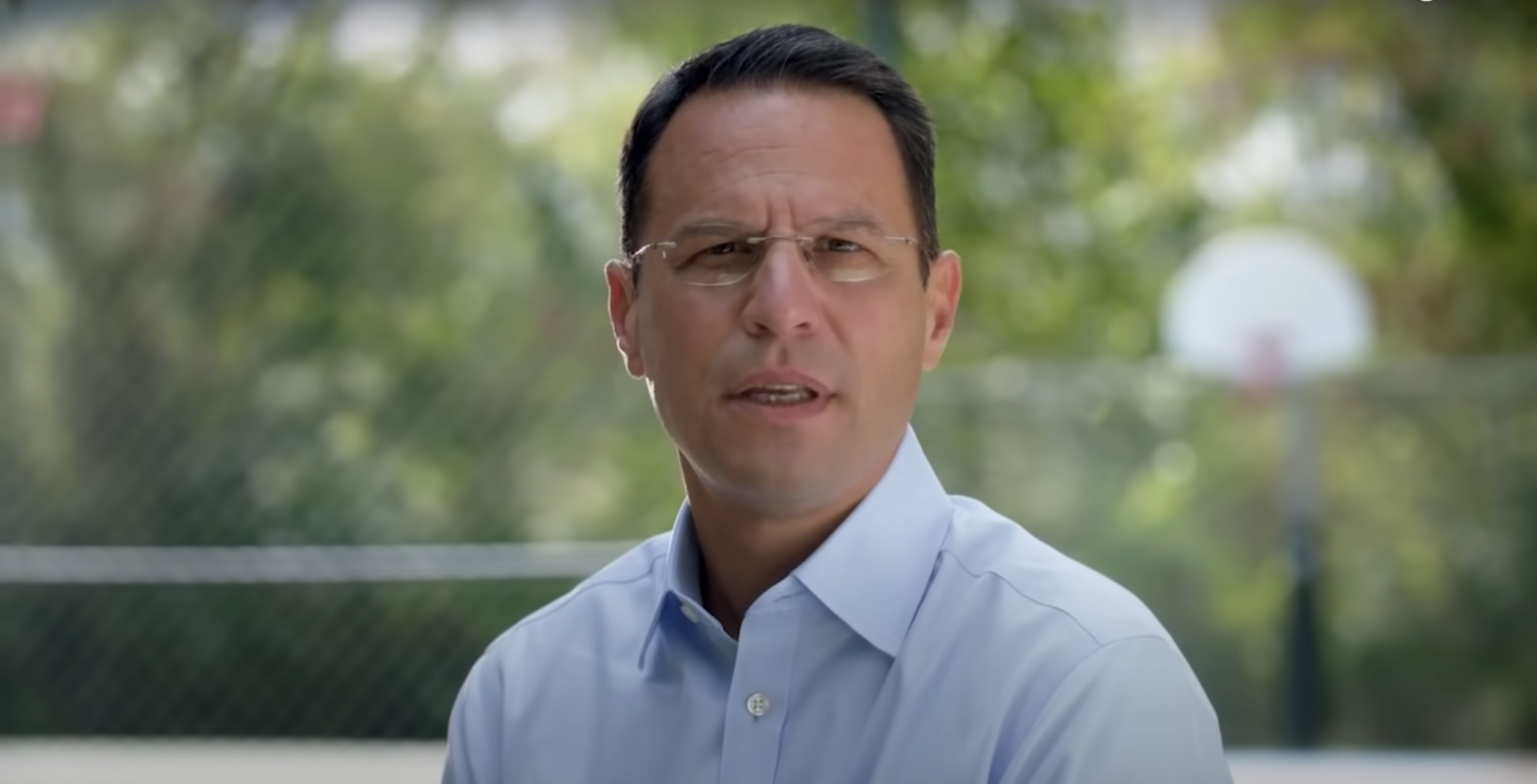 Over at Mediaite is this headline about Pennsylvania Democrat Attorney General Josh Shapiro, the party’s nominee for governor.

The story says, in part, this:

Pennsylvania State Sen. Doug Mastriano (R) is ‘exhibit A’ of just how extreme the modern Republican Party is, Pennsylvania Attorney General Josh Shapiro (D) told MSNBC’s Nicolle Wallace about his gubernatorial opponent. The Democrat, however, was not asked once about spending nearly $1 million on an ad widely viewed, even by Mastriano, as beneficial to the staunch Donald Trump supporter.

During a Friday exchange about the ‘dangerous’ Mastriano on Deadline: White House, Shapiro gave numerous warnings about Mastriano potentially being elected, but he was never asked about a reported $840,000 his campaign spent on a campaign ad declaring the Republican as “one of Trump’s strongest supporters,” an ad Mastriano later joked earned Shapiro a ‘thank you card’ from him.

This wasn’t the only political game Shapiro has been playing in this governor’s race, either.

Shapiro has, believe it or not, tried to paint his opponent as supporting antisemitism because —  ready? — anti-Semites out there posted on Gab. And we all know anyone who has a social media account is responsible for nuts out there posting on the same social media site.

The ADL reports this, bold print for emphasis supplied:

This report is an effort to gauge the prevalence of one of these destructive prejudices – anti-Semitism – on one social media platform: Twitter – by examining the one-year period from January 29, 2017 to January 28, 2018.

ADL frequently fields reports from constituents who describe an atmosphere of anti-Semitism on Twitter, including harassment from anti-Semitic trolls. We issued previous studies on this phenomenon. Media reports reflect this phenomenon as well. Experts at the ADL’s Center on Extremism (COE) wanted to go beyond those reports, to understand the problem in greater detail while examining tweets for nuance and context.  How many anti-Semitic tweets are posted on Twitter during any given week? How do we know the tweets truly are anti-Semitic?  What if some of these tweets are intended to convey an ironic or critical message?

Using a proprietary, wide-ranging query, as well as statistical methods and expert analysis, COE analysts were able to determine that roughly 4.2 million anti-Semitic tweets were posted and reposted on Twitter in the one-year period specified above. We estimate that the tweets were issued by approximately three million unique handles.

Say what? Josh Shapiro has apparently been posting on a social media site — Twitter — that, per the ADL — had posted and reposted “roughly 4.2 million anti-Semitic tweets.”

Wow! By Josh Shapiro’s own estimate of his opponent’s social media presence on a site where there are antisemitic postings, this news makes it clear that Shapiro is, in his own words, “dangerous.”

The attorney general is himself Jewish. So obviously all these antisemitic posts on his social media site of choice hardly mean he is antisemitic. That is ridiculous on its face.

But what it does show is that Josh Shapiro is just one more typical Ruling Class politician willing to play any political game he thinks can get him elected. He isn’t about Pennsylvania, he isn’t about uniting William Penn’s commonwealth. He is all about political power for Josh Shapiro — and that’s it.

There was more of this game playing from Shapiro.

During the Pennsylvania Republican primary in May, Mastriano was but one of multiple candidates for the GOP nomination. And for the record, I was on record supporting one of Mastriano’s Republican opponents.

But so strong was Shapiro’s desire to run against Mastriano that, yes, Shapiro ran a TV ad in favor of Mastriano.

The ad said this:

This is Republican state senator Doug Mastriano. He’s the Republican who’s ahead in the polls for governor. He wants to outlaw abortion. It’s Mastriano who wrote the heartbeat bill in Pennsylvania and he’s one of Donald Trump’s strongest supporters. He wants to end vote by mail and he led the fight to audit the 2020 election if Mastriano wins, it’s a win for what Donald Trump stands for. Is that what we want in Pennsylvania?

In other words, Shapiro’s game — that word again — was to convince GOP primary voters that the Trump-endorsed Mastriano was — oh the horror! — another Trump supporter! Eeek!

What’s going on here in this Pennsylvania governor’s race between Shapiro and Mastriano is something that is familiar to readers of The American Spectator.

Back there in July of 2010, The American Spectator published this piece by Boston University professor emeritus of international relations Angelo Codevilla. (And, sad to say, the professor passed away not all that long ago in a car accident.) The title was this:

And the perils of revolution.

Rush Limbaugh not only saw the piece, he liked it so much that he read extensively from it on his radio show. Soon after, Codevilla lengthened the article to book form, writing this:

From Atlanta to Seattle, today’s Ruling Class was exposed to a narrow, uniform set of ideas, and adopted a set of habits and tastes, as well as a secular canon of sacred myths, saints, sins, and ritual language. The class’ chief pretension is its intellectual superiority; its members claim to know things that the common herd cannot.

He contrasted this with its opposite, the Country Class, whom he defined as follows:

Simply put, Josh Shapiro is a sterling example of the Ruling Class. He is exactly as Codevilla described when he wrote:

Like a fraternity, this class requires above all comity — being in with the right people, giving the required signs that one is on the right side, and joining in despising the Outs. Once an official or professional shows that he shares the manners, the tastes, the interests of the class, gives lip service to its ideals and shibboleths, and is willing to accommodate the interests of its senior members, he can move profitably among our establishment’s parts.

Not only does this describe career politician Shapiro to a “T,” his conduct in this campaign vividly illustrates the Ruling Class contempt for the Country Class Mastriano — and before that Donald Trump.

This is not a Pennsylvania problem alone. This is a national problem. But Codevilla’s 2010 article and then the expanded book version — The Ruling Class: How They Corrupted America and What We Can Do About It  — is precisely a description of the 2022 race for governor of Pennsylvania.

Josh Shapiro is the very embodiment of the Ruling Class. And Doug Mastriano — like Donald Trump before him or others like Justice Clarence Thomas or former President Ronald Reagan — is the personification of the Country Class.

Whatever happens here in Pennsylvania in this governor’s race, this Ruling Class vs. Country Class battle is not going to go away.

But it is well worth watching to see what the future holds. Both in Pennsylvania and in America.