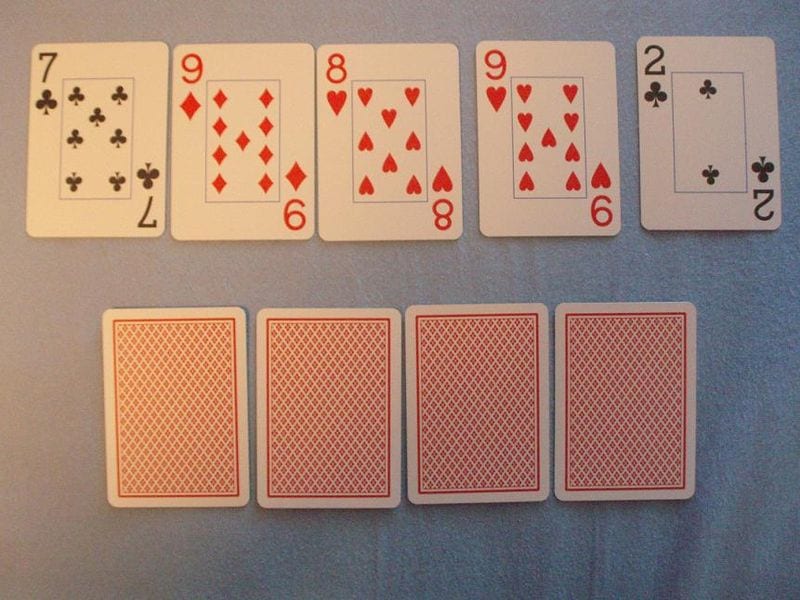 It’s hard to believe given how fresh and exciting the game still feels, but it’s now been nearly two decades since No-Limit Texas Hold’em became the game du jour in the poker world.

Now it’s not as if someone flipped a switch and everyone suddenly started playing that particular format — although famed Texas pro Doyle Brunson would have probably volunteered for the job. As with any changes in poker, it happened slowly over time. As the 21st century dawned, Seven-Card Stud and Limit Hold’em were the most commonly played cash-game formats. But the continued growth of the World Series of Poker, where NLHE was the format for the Main Event and other tournaments, as well as the 1998 release of the movie Rounders which depicted underground NLHE games in New York City, helped usher in the new wave of poker.

While you still can’t throw a rock in a casino card room without hitting a $1-$2 blinds NLHE cash-game player in the head, a growing number of aficionados are moving to other games. I’m one of them, having taken the road from Texas to Omaha.

Omaha is played very similarly to Hold’em with a board of five community cards, a flop-turn-river combo, and blinds with a rotating button, but with one very distinct difference — you get four cards in your hand instead of two.

Omaha is also played in four primary forms: Pot-Limit Omaha, Limit and Pot-Limit Omaha Hi-Lo, and Big O, which is a variation of hi-lo in which players get five cards. All four of the disciplines require different strategies.

Pot-Limit Omaha, in which the high hand wins the entire pot, is the most popular form of Omaha, comprising the majority of the cash games and tournaments played live and online.

It’s often referred to game as a game of the nuts, meaning the very best hand. Because the four cards each player possesses create so many combinations of possible hands, it’s not uncommon for someone to have the best possible hand: if the board is paired, someone likely has a full house; if there are three of a suit on the board, someone probably has a flush.

So you’ve got to tread carefully. Don’t play that hand with the 2 and 6 of hearts because that’s your Aunt Ida’s birthday and she really loves Valentine’s Day. Instead wait until you have a hand that includes the ace of hearts so when you make a flush you can extract chips from an opponent playing those kinds of junk cards.

Along the same vein, your four cards should work in conjunction. A hand like K-Q-8-7 may look like it has potential because you have two sets of connected cards that could make straights, but you’re better off playing a hand like 10-9-8-7. Consider those two hands in a scenario in which the flop comes 4-5-6 and there no flush draws. Both of those hands flopped the nuts, but the 9-8-7-6 hand is freerolling against the K-Q-8-7 and can scoop the pot if a 7 or 8 comes on the turn or river to make a higher straight.

When Omaha is played in the hi-lo format, with the high and low hands splitting the pot, you get the poker version of an Oprah car giveaway. “You get a winning hand, and you get a winning hand! And you! And you!” But the number of possible winning hands comes with a caveat — if you only capture a portion of the pot by, say, winning a quarter of it by splitting the low hand (which is not uncommon) you may actually lose money in the hand.

So you should stay away from hands like 10-9-8-7 and play hands with both high and low potential, such as A-2-K-J or A-3-4-5 (because aces can count as both high and low), that can make both low hands and straights or flushes. Sometimes you can win three-quarters of a pot simply by making the nut low and a single pair.

In Big O, where you get those five cards, you’ve really got to play tight as it’s much easier to get quartered with the nut low. You definitely need a hand that can make a strong low, too.

If this is your first foray into Omaha, I apologize for making your head spin. As with any new game, it takes a little time to learn and a lot of time to master. But as more and more veteran players have sharpened their Hold’em games, and fewer players entering the game than a decade ago when online poker was popular, it pays to diversify by learning Omaha. I hope to see you on the road there soon.