Americana,Blog,New Socialists,Top Story Democratic Socialists of America,Georgia,Political Correctness The Revolution Will Be Triggered - The American Spectator | USA News and Politics
Menu
Americana
The Revolution Will Be Triggered
A Democratic socialist convention showcases the self-inflicted impotency of the Left.
by John Jiang
YouTube screenshot 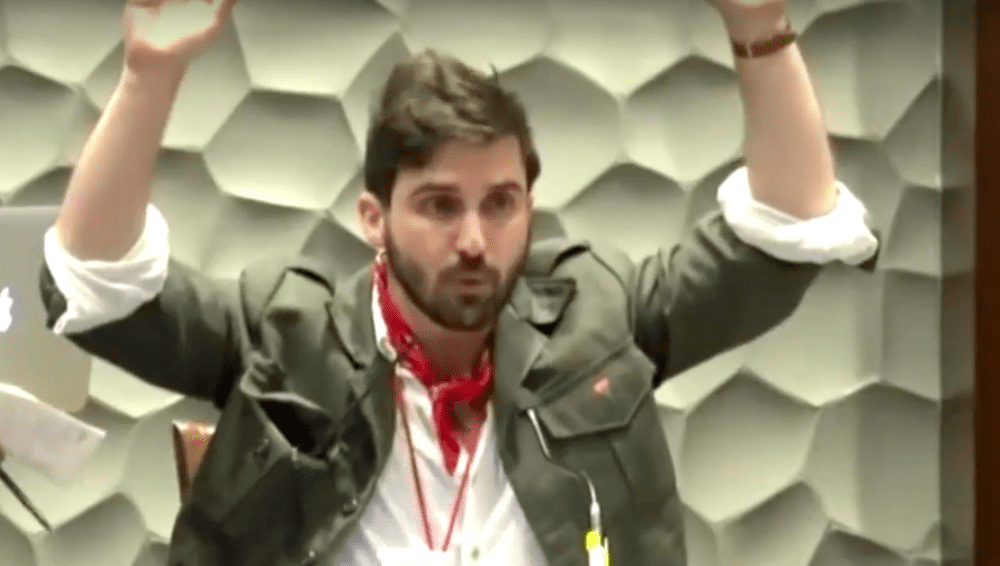 A cadre of young socialists gathered in Georgia over the weekend for the annual national convention of the Democratic Socialists of America, a left-wing organization that boasts Rep. Alexandria Ocasio-Cortez and Rep. Rashida Tlaib among its members. Despite the speakers’ calls for solidarity and revolution against the established order, the meetup mostly served to illustrate the inability of socialist activists to function in even a basic social setting.

Among the policy positions that convention attendees voted to adopt were the Green New Deal and open borders. The DSA now supports the “uninhibited transnational free movement of people,” according to the open borders resolution, as well as “the demilitarization of the U.S.-Mexico border, the abolition of ICE and CBP without replacement, decriminalization of immigration, full amnesty for all asylum seekers, and a pathway to citizenship for all non-citizen residents.”

More interesting than the parade of leftist policies, however, was the convoluted way in which the conference-goers conducted themselves. Anyone who took the mic was required to announce his or her (or xir) pronouns to the crowd before speaking. Fearful of the sound of clapping upsetting more fragile attendees, applause was banned and replaced by “jazz hands,” turning the room into what looked like a silent dorm party at times.

Much of the broadcasted portion of the conference, which has since been taken down from YouTube, consists of speakers trying to out-woke and tone-police one another. At one point a man named James Jackson chides the crowd for being noisy, asking, “Guys … can we please keep the chatter to a minimum? … I’m very, very prone to sensory overload.” Immediately afterward, a person with bright pink hair takes the microphone and, sounding on the verge of tears, lambasts Jackson for addressing everyone with the word “guys” — an unacceptable use of “gendered language.”

In place of such unacceptable gender-derived terminology, the attendees generously apply the cringe-inducing “comrade” and its many variants. One example is evoked by a hysterical Jackson later on in the conference, again lambasting the audience for “heckling and hissing” and demanding that they be “comradely” by being mindful of “triggering [his] anxiety.” The result feels like a session of high school Model UN mixed with Soviet role-playing, all punctuated by frequent mental breakdowns over insensitive language.

The virtue signaling comes to a head towards the end of the video, when a man interrupts the female moderator to “ask in a comradely spirit” that people reflect on “demographics talking more than other demographics, such as white guys such as myself.” The irony is compounded by an accompanying zoom out to reveal that the crowd is overwhelmingly white and male. Next time, all of them ought to stay home.