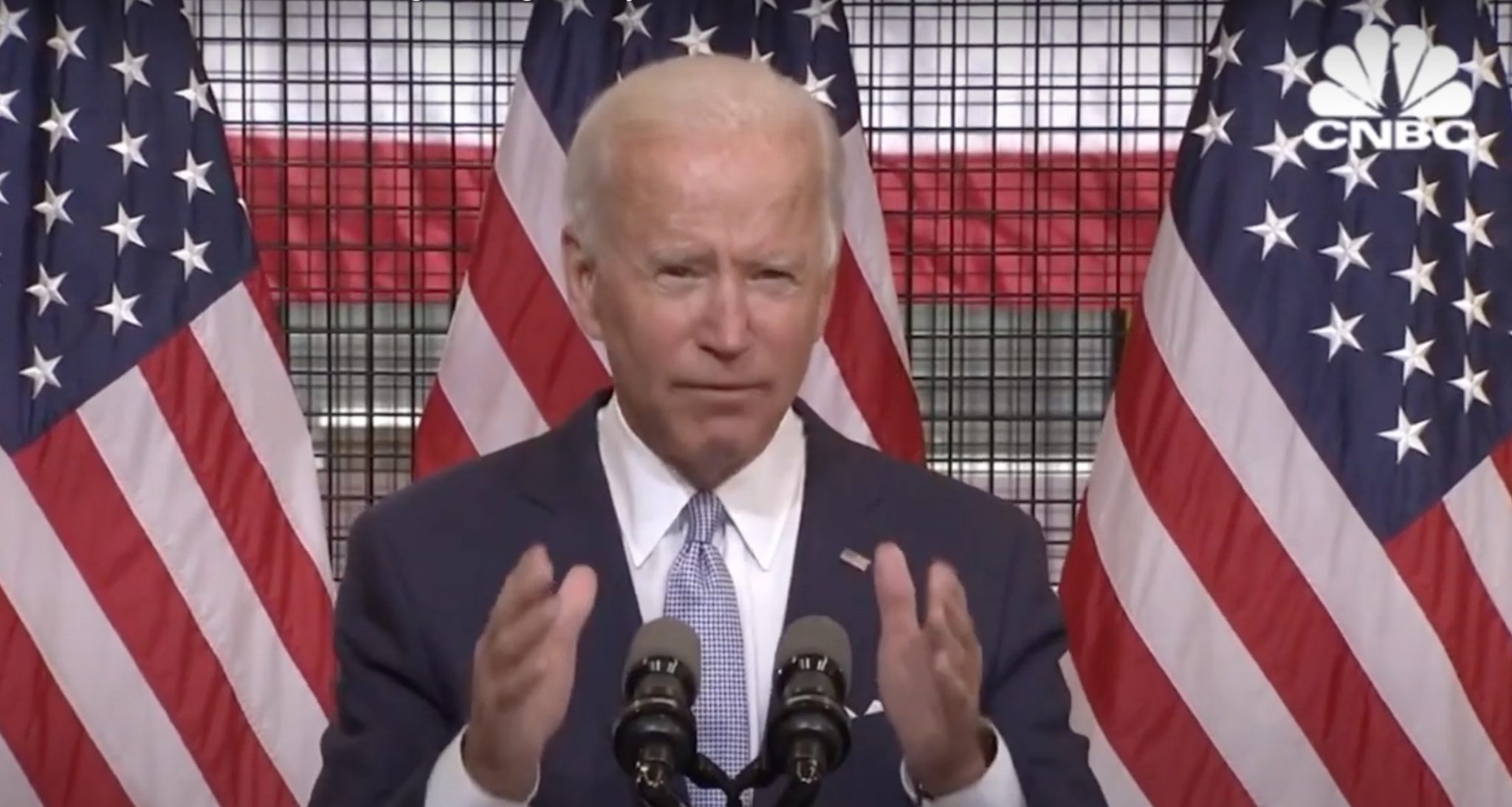 Prompted by his pollsters, Joe Biden this week delivered a speech in Pittsburgh condemning the violence across America’s cities. The speech was laced with lies, starting with the claim that he is a racial healer. Anyone inclined to believe that should look back at the Obama-Biden administration, which was defined by race-baiting and the deterioration of race relations.

Biden in effect promised that the revolution underway in America would stop if he is elected president. Never mind that he plans on bringing the revolutionaries into his administration. Should he win, he will give key positions to radicals who want to spur, not stop, the revolution.

Look at his selection of a vice president, a San Francisco radical who urged her followers to pay for the bail of nabbed rioters. Look at his staff, over a dozen of whom donated to the cause of springing rioters from jail. And look at his joint taskforce with Bernie Sanders, who has called for granting voting rights to murderers.

“You know me, you know my heart, you know my story,” Biden says. Yes, we know that you’re a racial arsonist, who habitually relies on toxic identity politics. Even as he makes grand claims about his ability to “unify” the country, he tells the most cynical lies designed to divide it. He launched his campaign by falsely accusing Trump of praising white supremacists, a lie he can’t stop telling, no matter how many times it is rated false. Recall also his insane comment in 2012 that Republicans were going to put blacks “back in chains.” Does that sound like a racial healer?

Like Hillary, who called half the nation “deplorables,” Biden tars anyone who disagrees with his liberal policies as racist. He once said that the “Bull Connors of today don’t stand in the street with fire hoses and dogs. They wear nice suits. They wield their power rolling back rights, punishing the poor, denying access to health care and quality education, and turning away refugees and asylum seekers.” It is that kind of sophistry that explains Biden’s knee-jerk description of pretty much every Trump policy as “racist.” Unable to win debates on philosophical issues, Biden tries to shut them down by calling his opponent racist. Hillary tried that and failed. Biden is repeating that pernicious error.

Such low politics exposes the hollowness of Biden’s talk about the “soul of the nation.” He is staining its soul with blatant lying. In Pittsburgh, he uncorked various vicious whoppers, all while piously quoting Pope John Paul II, a pro-life pope whom he normally ignored. Biden likes to present himself as the amiable everyman. But behind that façade, he is nothing more than a ruthless pol, amoral enough to try and win by libeling his opponent as a white supremacist.

The Black Lives Matter revolution will speed up under Biden for the simple reason that he supports the ideology and lies behind it. Biden repeatedly says, in the absence of evidence, that police departments are systematically racist. Ratifying this poisonous propaganda is not leadership but servility to the mob.

Biden says that “facts” will drive his administration. But he refuses to acknowledge the fact that racist police incidents are declining, not increasing. Instead, he panders to the mob by saying that he will “absolutely” support “redirecting” money away from the police and treating uncritically any claim it makes about the police. Most of the incidents the mob holds up as clear-cut examples of racism are in fact murky and complicated. Biden knows that and doesn’t care. He calls them racist anyway.

Notice that Biden says nothing about the weakness of the Democratic mayors who have failed to address the violence in their cities. In fact, we can expect some of those figures to receive promotions under his administration. Don’t be surprised if they turn up as cabinet officials. Like them, Biden is blasé about the culture of crime in low-income neighborhoods. In Biden’s mind, stopping the “violence” means handcuffing and defunding cops, not arresting habitual criminals or addressing the root causes of crime. All Biden proposes is doubling down on the failed policies that have decimated ghettos. He is a captive of the teachers’ unions that have run public schools into the ground and deprive the disadvantaged of educational choice.

Biden accuses Trump of failing to stop the violence, even as he supports Democratic mayors who block Trump from doing so. Biden said in his speech: “Ask yourself, do I look like a radical socialist with a soft spot for rioters?” The answer is that he looks like a sap for them. He is surrounded by socialists with a soft spot for rioters. Kamala Harris marched in a BLM protest with them and didn’t want them arrested. Biden condemned Trump for stopping those violent protests in Washington, D.C., and smeared him as an autocrat for doing so. Biden joined other Democrats in falsely calling those violence-ridden protests “peaceful.”

Biden is running essentially as the harmless front man of the revolution. He promises to complete Obama’s “fundamental transformation” of the country, which aims to replace the Constitution with left-wing totalitarianism. He would try to accomplish this by stacking the courts with radicals. His conception of the judiciary is the same as Obama’s, as a means of enforcing “liberal rights” at the expense of the American people’s freedom.

Trump is an “enemy” of democracy, Biden babbles, even as draws up a list of radical judges who will wrest democracy from the people through usurpations on the bench.

Biden had a chance to present himself as a law-and-order candidate. He could have defended his past stances in favor of a get-tough approach to crime and drugs. But instead he has run away from them and flip-flopped into a defund-the-police demagogue who now supports drug legalization. Like Clinton, he could have had a Sister Souljah moment and condemned the propaganda of the mob. Instead, he has reinforced it. He is the mob’s chump, whose administration would only empower it.