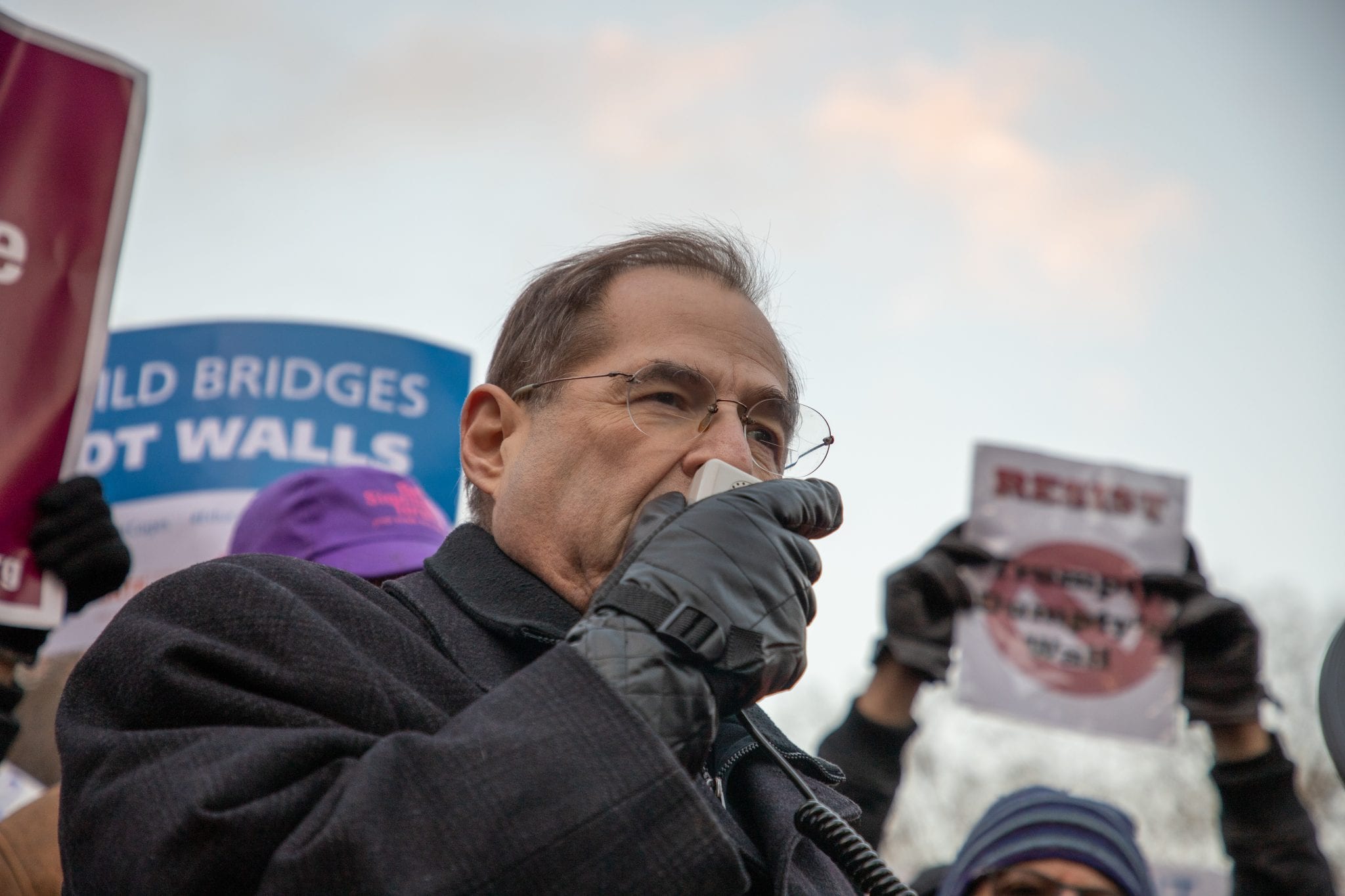 In case you haven’t been listening, we’re supposed to be in the middle of a constitutional crisis. That’s what Nancy Pelosi and Jerry Nadler are telling us, and it’s all because Donald Trump and Bill Barr are refusing to submit to House subpoenas.

Never mind that Trump allowed Special Counsel Robert Mueller to interview everyone he wanted, without asserting executive privilege, and that everything you might want to know about the administration is out there in Mueller’s report. (It’s not always pretty.) Never mind that, when the shoe was on the other foot, Obama ruled by decree and Eric Holder didn’t want to talk about Fast and Furious.

So even by Democratic standards, it sounds pretty hysterical. But there is a quiet constitutional crisis that’s happening, underneath all the noise.

We’ve got a constitution with a separation of powers which assumes that people can work together. That’s supposed to ensure that bad policies will be screened away and that only good policies will be enacted. But when one party refuses to work with the other, nothing gets enacted. That’s supposed eventually to bring both sides to the table, and in the past that’s what always happened. Except for that one time, in 1861.

Now it’s happening again. It’s not like 1995, when Bill Clinton could turn on a dime and work with Newt Gingrich, or 2001 when George W. Bush got along with Teddy Kennedy. This time it looks more permanent. If Trump is Hitler and the dictator Nadler is warning us about, then you don’t expect to see any deals getting cut.

What’s different today is the Democrats have bought into the idea of “no enemies on the left,” which means they’re prisoners of the most radical people on their fringes. They hang out with Louis Farrakhan, and we’re still waiting for them to condemn the Antifa rioters. In 1992 Bill Clinton cut loose anti-white racist Sister Souljah, but since then identity politics and racism have gone mainstream in the Party and we don’t see any Sister Souljah Moments from them today.

Like children playing with fire, they’ve bought into ideas that put them far outside the mainstream, and they’re several standard deviations to the left of where they used to be. Bill Clinton thought that abortion should be “safe, legal and rare,” but that’s not where the present party is. We’ll see you later-term abortions, and raise you infanticide, says Gov. Ralph Northam. The very woke Beto O’Rourke seeks the blessing of Al Sharpton and endorses racial reparations. As for the green new deal, if the world is going to end in 12 years, it’s whoopee time and anything goes.

That’s not a crisis, however. That’s just lunacy, and it’s something the voters can correct. Where you have a crisis is where one party kisses goodbye to the most fundamental understanding about our system of government. Things like the idea that the winner of the Electoral College is the duly elected president, that there’s something special about American citizenship, something not shared with non-citizens. Or simply the idea that Americans should be proud of their country. When all of that is out the window, when one party no longer thinks that our form of government is legitimate because it’s undemocratic, because abortion rights aren’t protected and because Republicans sometimes win, then you have a constitutional crisis.

So should we get worked up about that? No. It’s like that 1914 Austrian telegram: “situation grave but not serious.” It’s only serious if you take Jerry Nadler and AOC seriously, and you won’t do that if you’ve preserved your sense of humor.

When one party goes so far off the rails, the best strategy for the other party is to be the only adult in the room. Admittedly, Donald Trump hasn’t always helped, but if the Republicans stick to Trump’s policies, the ones that explain the Revolution of 2016, that constitutional crisis is going to fizzle out.

America’s creed is liberalism, the traditionally Democratic idea that freedom is better than repression, that free markets beat socialism, that we don’t prefer one set of people on the basis of their race or religion, that free speech trumps censorship, that our government should provide an economy with jobs for everyone who can work and a generous safety net for those who can’t. It’s pretty basic stuff, but if today’s Democrats have abandoned it and the Republicans seize the mantle of old-fashioned liberalism, they can become America’s natural governing party.

F.H. Buckley teaches at Scalia Law School and is author of The Republican Workers Party: How the Trump Victory Drove Everyone Crazy, and Why It Was Just What We Needed.