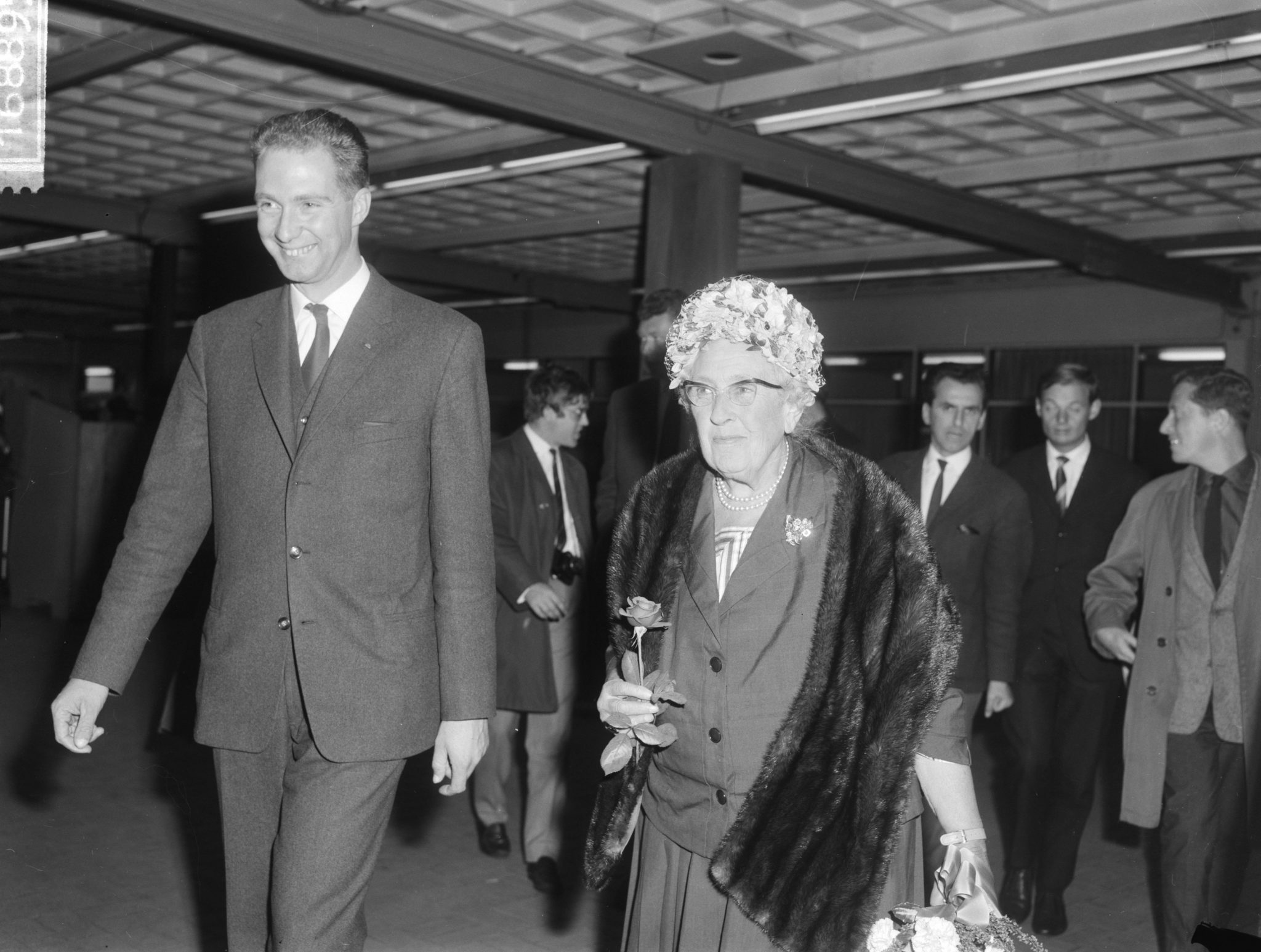 Death on the Nile
by Agatha Christie
(William Morrow, $23.99)

So who’s the best-selling novelist of all time? No, it’s not Stephen King or Dean Koontz, as impressive as these guys’ sales figures are. And, thank goodness, it’s not Danielle Steele or that English romance novelist whose name I’ve successfully repressed. Heck, it’s not even J. K. Rowling (though if there were a contest for best-looking novelist … ). I’m pleased to hear that old sourdough in the back of the room suggest Louis L’Amour. But it’s not him either.

OK, I’ll tell you. And you’ll smack yourself on the forehead if you didn’t guess it: Agatha Christie. Of course! In history’s book trifecta, the Bible wins, Shakespeare places, and Dame Agatha shows.

There are lots of numbers out there, but most who track such things estimate that Christie has sold between two and four billion copies of her more than 80 mystery novels and nearly as many short story collections. Research shows that Americans are still buying nearly a million copies of her books annually, with a similar number being sold overseas. These books have been translated into just about every language on Earth and possibly some from the closer planets. No question about it, Agatha Christie is the Babe Ruth of mystery fiction.

So how did she do it? How did this Victorian/Edwardian lady from Devon charm readers by the billions for a century? The short answer is she did it by concocting stories that are clever and entertaining. Stories that manage somehow, even when they become a bit dated, to be timeless. The society she wrote about may be gone now. But, alas, murder motivated by love and lucre appear to be here to stay. Her two series characters, Hercule Poirot and Miss Marple, while in no way realistic, are engaging and reliable from book to book. Countless readers, and later viewers of the numerous television series made from the books, enjoy spending time with them.

It’s popular in smart literary circles to discount Christie and her work. The charges and specifications against her are that she doesn’t take on serious literary themes — no art and angst. Her characters and situations are thin and unrealistic, these critics lament, and her books are mostly elaborately constructed little puzzles. Christie skips the blood and violence that have become so prominent in later crime fiction. Another mark against her among advanced thinkers is that she was conventional and conservative, though she did not inject politics into her novels, as so many subsequent mystery writers have felt obliged to do. Poirot’s statement that “I have a bourgeois attitude to murder: I disapprove of it,” is about as political as she gets.

Defense stipulates there is some truth to the charges above, though I do take issue with the claim that Poirot and Jane Marple are thin characters. But Christie never presumed to be anything more than a provider of entertainments. She was not an innovator. She did not blaze her own trails. She took an already established and popular form for murder mysteries — a complex plot with multiple suspects and red herrings to throw off readers attempting to determine who did it before getting to the final chapter — and made it her own, never deviating from it and deploying it better than anyone else.

Christie’s first novel, The Mysterious Affair at Styles, was published 100 years ago. It was serialized in The Times of London beginning in February 1920. The hardback book came out the following year. William Morrow Publishers is marking this centenary by bringing out new editions of more than a dozen of Christie’s books throughout the year. Of the two I’ve just read for the occasion, Styles and Death on the Nile, Styles is available now and Nile will be out in September. Both feature the fastidious, compulsive, and insightful detective Hercule Poirot, formerly of Belgium, who entertains himself and delights readers by exercising his “little gray cells” on the matter of murder. The 1920 Poirot of Styles is very much the Poirot of Nile in 1937. Christie created him whole cloth in Styles, her rookie effort, and stuck with the winning formula throughout his and her career.

Styles begins in a popular site for inter-war British murder mysteries, the country estate. The relatives and friends living there nearly all turn out to have credible motives for doing in the dearly departed, and several take turns being Poirot’s chief suspect. Events become more convoluted as the story progresses, with all manner of misdirections. Clues are parsed to the third decimal place. Nothing remains what it seemed for long. Finally, Poirot pins the tail on the guilty in the patented final scene, in which he calls all the suspects together and reveals who done it, and, along the way, shows how clever he’s been in finding out.

Death on the Nile is out of the same tradition. Like so many golden-age mysteries, it takes place in an exotic locale — in this case a river boat on the Nile. It’s just as complex as Styles and has as many suspects. It has not only a complicated plot but also a complicated way of homicide. Not for our Agatha is the simple bash on the skull with the generic blunt instrument. She gives us more ingenious and varied ways of murder, not the squalid, savage, and simple business it usually is in real life. In her 2009 book Talking About Detective Fiction, P. D. James, who on the basis of her 20 fine novels rightly inherited the title “the Queen of Crime” from Agatha, says of the Christie approach:

Both the trickery and the final solution are more ingenious than believable… In Death on the Nile, for example, the murderer is required to dash round the deck of a crowded river steamer, acting with split-second precision and depending on not being observed either by passengers or by crew.

This scene may not pass the reality test. But it does pass the entertainment test. With this sort of fare, Agatha Christie became a gateway drug for those, like me, who went on to develop serious mystery habits. Later crime fiction writers, who have presented more realistic characters and dealt with the serious themes that have always concerned good fiction, have taken up much more of my reading time. But when I want to lighten up a bit, when reality has a bit too tight a grip on me, a short break with Hercule Poirot or Miss Marple can be refreshing. Apparently a lot of readers have thought so for a century now.