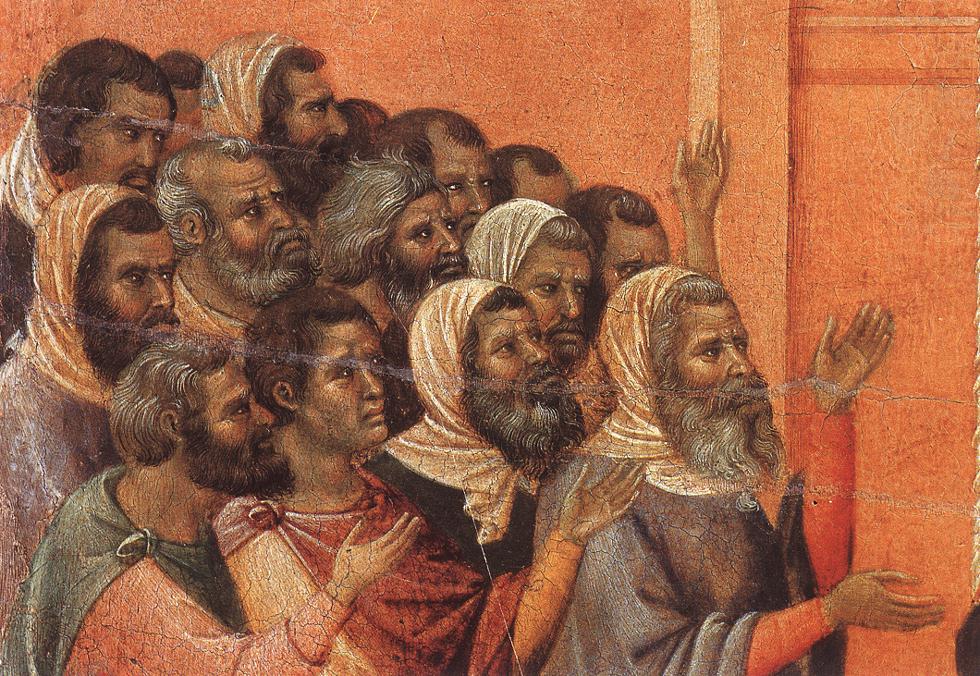 The philosopher Jacques Maritain called Marxism a Christian heresy (full disclosure: I haven’t read Maritain — I found it in a web search). That wasn’t an Olympian leap of logic — you cut the spiritual stuff out of Christ’s teachings and concentrate on the sharing your toys part, and you’ve pretty much got Marxism. It’s Christianity without grace — all works, easier to comprehend, and more flattering to human pride.

But there’s another way in which Marxism (and its surrogate, leftism) imitates Christianity. That’s in its emphasis on the attitudes of the heart. It would take a separate article (one not really suited to this forum) to discuss what Jesus meant when He said “You therefore must be perfect as your heavenly Father is perfect” (Matt. 5:48, English Standard Version). Christians (understanding grace) have always seen this as a motivational teaching — in the same way a kick in the pants is. It’s meant to drive us to despair of our own righteousness, to make us flee to God for mercy. But the Marxist is a materialist, and materialism is above all things graceless. Marxists honor the commandment but have no way of fulfilling it. This drives them to what we call Pharisaism — self-righteousness. Which is the precise opposite of Jesus’ intention.

The results would be comical if they weren’t so toxic. We all know that the leftists’ favorite Bible verse is “Judge not” (Matt. 7:1). In spite of that, their views on purity of the heart set them to judging pretty constantly. When they call us “racists,” “homophobes,” and “bigots,” what is that but judging?

Hence the leftists’ monumental hypocrisy (often observed, interestingly, in relation to actual monuments). In order to reassure themselves that their opponents must be bigots — even in the absence of actual bigoted words or actions — they’ve declared that any arrant thought — even if suppressed or resisted — makes one a full-blown bigot. They freely throw out accusations of bigotry, knowing that most people experience such thoughts from time to time, and (if they’re decent) feel guilty about them. You attack that guilt, you embarrass your opponent, and most often you win.

And yet, are liberals themselves entirely free of bigoted thoughts? Perhaps they are. Perhaps they are so much above me on the moral plane that ugly and unwelcome thoughts — which I experience all the time — never trouble them. Perhaps their hearts are truly pure.

But I doubt it.

This suspicion is reinforced by the current (very entertaining) phenomenon of the ex-post-facto inquisition. Leftists themselves are now calling one another to account for “hate crimes” they committed decades ago — mostly crude jokes, considered funny and edgy at the time (remember how cool “edgy” used to be?), which look bad under today’s Puritan regime.

Are the witch hunters foolish enough to think such tactics won’t be used against themselves, eventually? Leftism, after all, is not a principled philosophy but a dynamic movement. Its only constant is change, and we can be sure it will cherish a whole different set of moral absolutes a decade or two from now. These leftist inquisitors are setting traps for themselves down the road — and it’s impossible to know what the traps will be.

Such stupidity arises from self-righteousness, from unreflective judgmentalism. It bears within itself its own suicide.

Listen to me, leftists! Casualties of the sexual revolution! Victims of the Age of Aquarius! Along with the children of those casualties! I offer you good news.

There’s one place left in the world where you can find mercy. It’s called the Christian church. (Make sure you inquire at a traditional or biblical church — not the mainline kind where they’ve traded their freedom for slavery to cultural fashion.) All your life you’ve been told that traditional Christians are scolds and hypocrites, dispensing scarlet letters left and right and pointing bony fingers at sinners. In fact, we’re the last refuge of mercy in today’s world. We don’t care what you used to be — the worse you used to be, the more we’ll celebrate your changed life. Redemption is what we’re all about.

That accounts, by the way, for the fact, which leftists find incomprehensible, that we can appreciate the good things the current president does without obsessing on his past sins. Leftists don’t see how we can forgive, being incapable of forgiveness themselves.

I’m not saying we won’t expect your behavior to improve once you join the church. But we won’t beat you up for the rest of your life over how you messed up in the ’80s.

Lars Walker is a Norwegian-to-English translator who has worked on a number of movie and television projects, including the miniseries Atlantic Crossing, starring Kyle MacLachlan, scheduled for release in 2021. He is also translator of the book Viking Legacy by Torgrim Titlestad, and is the author of several fantasy novels. He lives in Minneapolis.