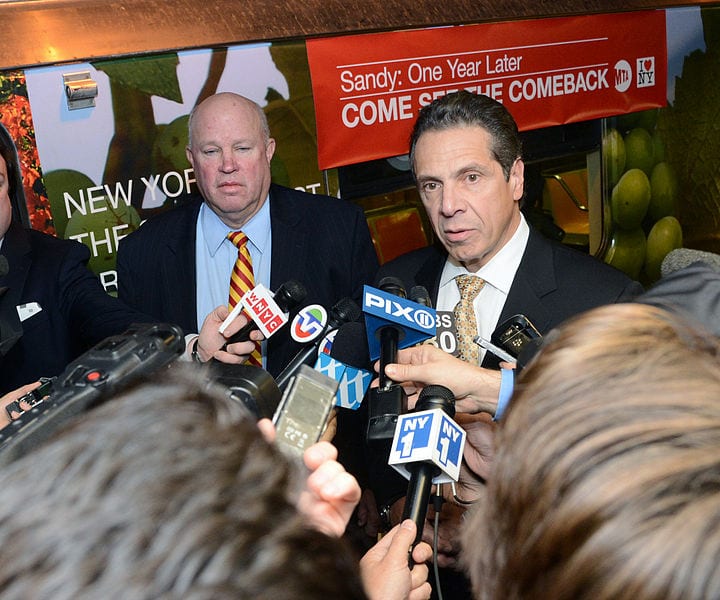 Gov. Andrew Cuomo’s recent comment — “We’re not going to make America great again; it was never that great” — was a swipe at President Trump’s signature theme. It would have made for a political self-immolation within 24 hours, in yesterday’s America. No politician, in either major party, could have survived such a gaffe. It brings to mind, for those of us of a certain age, Michigan Gov. George Romney, whose bid for the 1968 Republican presidential nomination instantly imploded when he declared that in initially supporting the Vietnam War he had received a “brainwashing.”

Assuredly Cuomo’s father, three-time New York Gov. Mario Cuomo, though staunchly left of center, would never have said anything like this. On one level, Cuomo the Younger’s gaffe vividly captures the Democratic Party’s sharp leftward turn since his father’s days in high New York state elective office (Lt. Gov. 1979-82, Gov. 1983-1994). On a deeper level it shows the decline in intellectual acuity from Elder to Younger, in conflating two distinct judgmental standards: perfection versus greatness.

As to the first, Leftists do not really love today’s America; they reserve their affection for the tomorrow’s America they aim to create. Today’s Leftists routinely demonize America as racist, sexist, homophobic, transphobic, Islamophobic, etc. These are hardly sentiments of love and admiration. These days, they pine for final realization of Barack Obama’s call to voters before the 2008 election: “We are five days away from fundamentally transforming the United States of America.” Their America is not Ronald Reagan’s evocation of a free America as John Winthrop’s “shining City upon a Hill”; it is a progressive paradise that would envelop all Americans in a womb-to-tomb welfare state.

Which tees up the second point: America, in this view, cannot be truly great until it achieves a utopian perfection — everyone absolutely equal in all respects, free of societal ills. Those of us not inclined towards utopian goals believe that quest would in real life lead to a dystopian future under the tyranny of an all-powerful state — George Orwell’s “boot stamping on a human face — for ever” nightmare.

Perfection is an unachievable aspiration reachable only upon attaining a higher state of grace. By Leftist reasoning, America is irremediably tainted for not being perfect. Consider the following snapshots of America — none of which, in Leftist eyes, suffice to make America truly great:

Twenty-first century America faces myriad challenges domestic and foreign, and struggles to meet them, so as to reverse our recent misfortunes and “make America great again.”

Bottom Line. In sum, a great nation can simultaneously possess great virtues and great flaws. No one suggests that the above transformational successes have vanquished evils once and for all. But a nation less than great could never have met great challenges. If the best is the enemy of the good, the perfect is the enemy of the great.