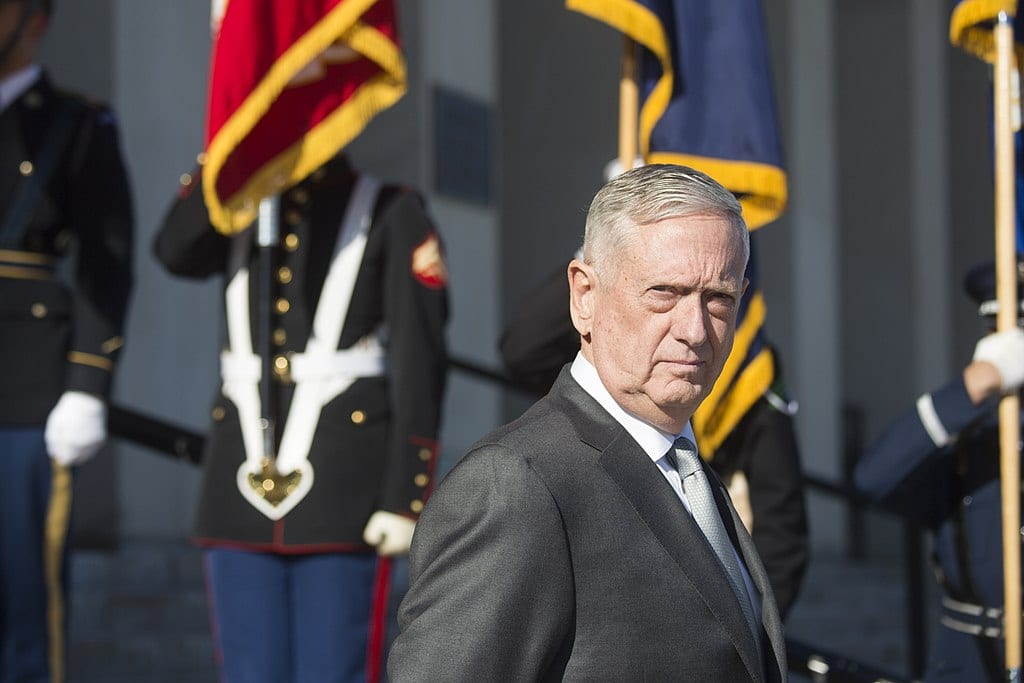 As the totally spontaneous “caravan” of migrants pushes its way north from Guatemala through Mexico and toward the virtually undefended U.S.-Mexico border, the Pentagon proudly announced that it was deploying an additional 800 troops to the southwestern border to augment the insufficient National Guard forces already there. Many on the Right breathed a sigh of relief.

Unfortunately, no one should be relieved.

For starters, the sheer size of the caravan has swelled — according to some reports — to more than 7,000 people. Presently, the National Guard has around 2,100 of its troops supporting the U.S. Border Patrol. Mind you, the U.S.-Mexico border is nearly 2,000 miles long (with little standing in the way of illegal entry).

In April of this year, Secretary of Defense James Mattis approved a memo ordering the deployment of up to 4,000 U.S. National Guardsmen to the southwestern border (provided that the governors of border states approve of the action and that the Department of Homeland Security reimburse the Department of Defense for its troubles). Yet, the DoD instituted such strict rules of engagement for the National Guardsmen that they’ve proven useless to the Border Patrol.

What’s more, the 800 active-duty troops that are being deployed to the border are not charged with providing physical support of the Border Patrol and National Guard. Instead, the Pentagon has opted to send its doctors, lawyers, and engineers. What do you think military doctors, engineers, and lawyers are going to do to turn back the human wave threatening America’s porous southwest? (Hint: they’re not going to physically turn back that caravan; they’re going to accommodate it in all likelihood!)

As I reported earlier this year, the Pentagon has already approved the Department of Homeland Security’s request to turn unused areas of large U.S. military bases along the southwestern border into tent cities. Clearly, the Pentagon has decided to engage in its own bit of policymaking, regardless of what the president has ordered — or what the American people want (and what the United States Constitution outlines).

Remember that treasonous op-ed in the New York Times written by an anonymous senior Trump Administration official detailing the effectiveness of #TheResistance from within the government to Trump?

Since the 2016 presidential election, examples have abounded regarding the corruption of the U.S. government — particularly the national security state. From Peter Strzok and Lisa Page to Bruce Ohr and Christopher Steele, America’s foreign and national security policy graybeards are steadfastly opposed to the presidency of Donald J. Trump — and will do anything in their substantial power to stymie the president.

For instance, in 2017, the president issued an order seeking to ban transgendered individuals from serving in the military. This decision was controversial from a PR standpoint. It was made all the more so because Trump issued the order via tweet, which then sent the paragons of process in the Pentagon atwitter.

During that “crisis,” the Chairman of the Joint Chiefs of Staff, Marine Corps General Joseph F. Dunford, Jr., insisted that the Pentagon did not have to follow the president’s commands unless those orders were written out and sent down through the “proper” chain of command. So, even before the anonymous op-ed encouraging bureaucratic resistance to Trump was published, the military leadership was insulating itself from the president by hiding behind the hallowed process. This would not be the last time the DoD acted in such a self-serving way. In fact, the Bob Woodward book, Fear: Trump in the White House, clearly states that Secretary of Defense James Mattis is not sanguine about Trump’s #MAGA agenda; that he has repeatedly taken steps to limit the purported damage the president’s orders could do to national security.

Taken together, it is clear that the Pentagon today is simply going through the motions. It is as uncomfortable about physically protecting the U.S.-Mexico border as the Democratic Party is. Without a direct, inviolate command from the president explicitly ordering the Pentagon to take decisive actions to physically turn back the caravan, the Department of Defense will slow-walk and half-ass its response to this pending invasion — hiding behind process until the caravan has arrived, and there is no choice but to take the human mass in.

Unfortunately, I worry that even if Trump did issue such an explicit order, the Pentagon’s first reaction would be to “follow the letter of the law” when dealing with the “undocumented migrants.” Yet, if one looks at what this “caravan” isin its proper context — an invasion — then following the “letter of the law” would be to turn the human wave away without taking anyone in. Instead of sending doctors to care for the caravan, engineers to build new homes for the invaders, and lawyers to make them legal citizens, the Pentagon would be sending muscle — and lots of it.

But, hey, the Deep State is gonna State.