America has a new sweetheart who has waddled into the hearts and minds of millions due to his commitment to two of our nation’s favorite pastimes: defiance of government and overeating. Our icon, Hank the Tank, is currently evading law enforcement in California after being implicated in a slew of break-ins. For those unaware, Mr. Tank is a 500-pound black bear who “has lost his fear of people, and is associating people with access to food.” 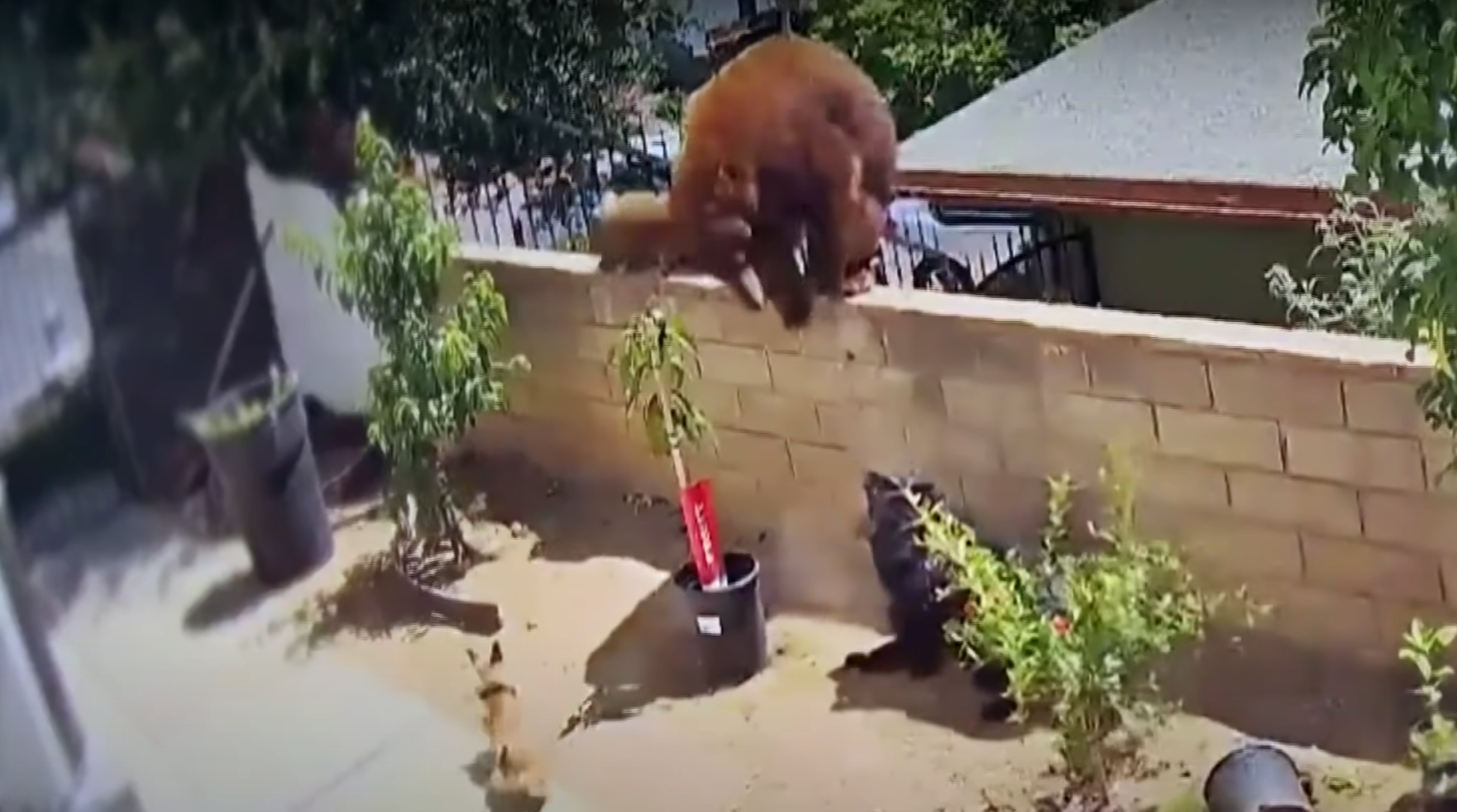 Hank the Tank is captured on camera in California. (Youtube/TODAY)

While Hank brings a rarified degree of cuteness (and raw masculinity) to the national discourse, his story parallels the ever-worsening failures and abuses of modern American governance. Like our ursid übermensch, this country’s governments — at every level — have become progressively more bloated and unmindful of those they victimize. Also like Hank, politicians assume that their incursions (minor or otherwise) into citizens’ liberty, security, and property rights will go unpunished — for the simple reason that until recently, too few citizens have been personally invested in holding them accountable. But lawmakers have gone too far since March 2020, using COVID-19 as a catch-all excuse to wield unprecedented powers. Citizens have finally been forced to confront the idiocies and tyrannies of their elected representatives.

A comprehensive list of governmental abuses could fill a Hank-sized tome. (A few recent examples: Operation Choke Point, the Jones Act, tariffs, occupational licensing, a data-hungry FBI, WOTUS regulation, and, for us Californians, this laundry list.) Due to the glacial size and scope of government, many Americans have long chosen to tune out and get on with their daily lives — not realizing the degree to which their ability to do so is constrained by politicians and bureaucrats.

And even when the public has cared enough about a given issue to make a fuss, they often lack the sticktoitiveness to see their demands through. Take police reform. The killing of George Floyd led to protests, riots, and a helluva lot of Instagram posts, but qualified immunity remains intact and no-knock warrants are still claiming innocents’ lives. The reality is that very few will be personally affected by these injustices and the political will for real change in 2020 was lacking. Most of the reforms actually enacted had more to do with gratifying orthodox progressives than protecting the public, and most serious reforms went nowhere.

The American political consciousness is changing, however.

In March 2020, society was shut down for “15 days to slow the spread.” Fifteen days of restrictions — which, in any non-temporary, non-emergency context, would be considered authoritarian — became 15 weeks, then 15 months, etc. The fact that many blue cities like Washington, D.C., and Los Angeles still cling to COVID restrictions — moderating their guidelines only recently — is stupefying.

Now, as we emerge from mandated COVID-hibernation, the American people must contend with the worst inflation in decades, a crisis created by a bipartisan consensus of shortsightedness. Unlike some of the aforementioned tyrannies, COVID restrictions and inflation affect the lives of too many on too personal a basis to be ignored by the general public.

As Americans are forced into political consciousness, they become increasingly concerned by what they discover. They have begun to understand the ways in which COVID-era authorities are demonstrably making their own lives worse. Now many suspect that their previously held blind faith in government was misplaced. Spiking crime rates have demonstrated that woke police reformers actually made their communities less safe — just ask San Francisco Mayor London Breed. Public health officials massacred their own credibility by repeatedly and ignobly lying. Teachers unions fought tooth and nail to keep schools closed, injuring the children they supposedly serve. And, as children Zoomed classes from home, many parents realized that their local school’s curricula are based more on skin color than character content or the fundamentals of a good K-12 education.

Like Hank the Tank, politicians view their victims — I mean constituents — as deposits from which desirables can be mined; and while our favorite rotundity is searching for snacks, politicians seek power and political capital. But “The Tank” (as his friends call him) can only inflict so much damage before it all comes crashing down. Likewise, beginning with New York’s mayor, Eric Adams, diverse groups of voters across the country have demanded normalcy and responsible governance at the ballot box. From the election of Glenn Youngkin in Virginia to the recall of three school board members in San Francisco, diverse populations of citizens across the nation are proving themselves eager to rain down electoral hell on any who have lost their trust. The tipping point, it seems, has finally been reached.

That’s a good thing. The simple reality that governments are generally bad at governing should be widely accepted on a trans-partisan, trans-regional, trans-cultural basis. And while the American people should remain staunchly pro-H.T.T. and pro-bear (urso-phobic partisans be damned), we must hold our failed leaders to account. Besides, they aren’t as cute as bears.

David B. McGarry is a contributor with Young Voices from sunny Los Angeles. He’s a staunch defender of liberty and American institutions. Follow him on Twitter @davidbmcgarry.