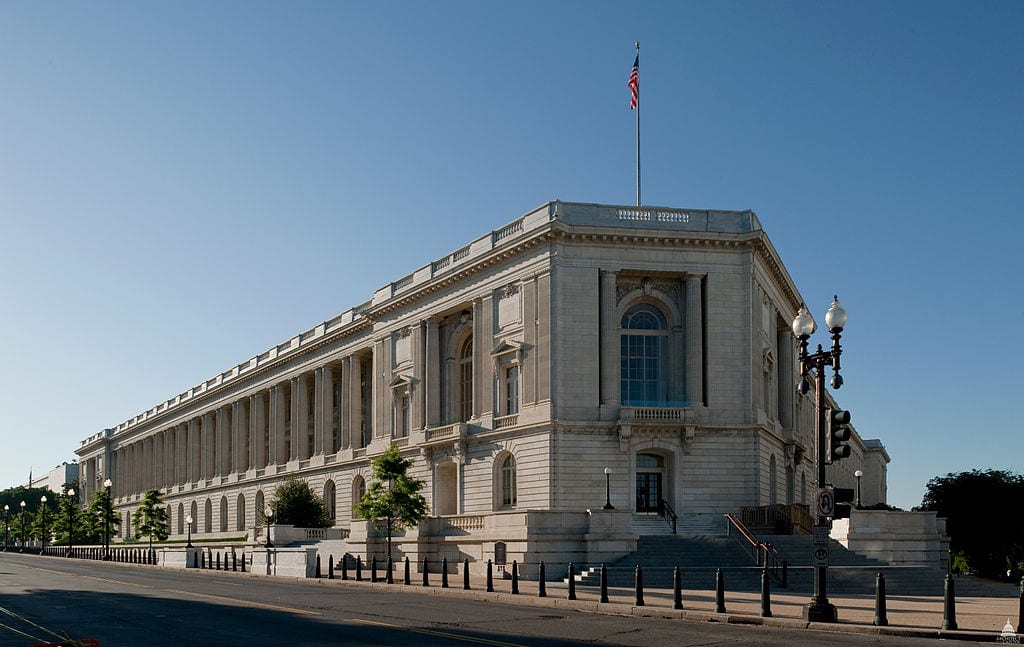 Imagine McDonald’s somehow acquired a legal monopoly on the burger business. No Wendy’s, no Whataburger.

If you want a burger, it’s McDonald’s — or nothing.

Have it their way.

It’s a good bet the burger you end up with would be pretty bad — probably cold, on a stale bun and with cheese that could be used as caulk…

And this barely edible burger would likely cost more than a prime rib dinner.

No-bid (or “sole source”) government contracting works on the same — almost-Soviet — principle. A single government-favored player gets all the business; no questions asked.

And that gets expensive. Both in terms of money and otherwise.

Government contracting is an almost $500 billion per year business — with the lion’s share of that (two-thirds) going to about 200 contractors, many of them having a lock on that business.

Under President Obama, no-bid contracting rose by 9 percent — despite the then-president’s characterization of these inside baseball deals as “wasteful” and “inefficient,” which of course they are.

They’re entirely legal, just very bad business for the taxpayers who pay for the government.

It’s not supposed to work this way.

Competitive bidding is supposed to be the rule — with few if any exceptions.

For all the obvious and common sense reasons.

“Full and open competition” is specified by federal procurement law.

So why are some companies able to get around the competitive bidding process and — for all practical purposes — charge whatever they like?

If the company has the right friends in the right place — a key lawmaker, for example or his chief legislative aid — an exception can be made in the contract-awarding process for a “sole source” deal, by characterizing it as “necessary” or “in the public interest.”

Often without public’s knowledge — which raises interesting questions about who gets to decide what, exactly, is in the “public’s” interest.

Perhaps the most egregious aspect of these insider dealings isn’t even the money wasted — but rather the opportunity lost. Smaller, hungrier start-ups (which are the overwhelming majority of U.S. businesses) account for almost half of all private sector jobs, almost 60 million of them.

How many more jobs would there have been be if all the money spent on bloated, no-bid deals had been available for productive work rather than padding expenses?

The ripple effect of competitive contracts not awarded — and jobs not created (or retained) is unquantifiable — but no less enormous on account of that.

Another form of wastage that comes with the no-bid contract is the cost of those crony-capitalist connections. The taxpayer gets to pay for the lobbyists who secured the sweetheart sole-source deal — those costs being folded into the deal.

It’s very much analogous to what Jefferson wrote more than 200 years ago about taxing a man to finance the propagation of ideas he abhors.

To get a handle on how much is wasted, consider the recent example of the opening up to competitive bidding of Air Force contracts for heavy lift rockets, the ones used to send government satellites into space.

When these were sole-source and the exclusive contract was awarded to crony-connected United Launch Alliance (ULA) each launch cost taxpayers a staggering $177 million. But when the bidding was opened to competition — and SpaceX was given a shot at the same business — it was able to quote a price half as high.

Space X ended up getting at least some of the government’s business for satellite launches — and that fact surely put pressure on ULA to lower the cost of its business.

Unfortunately, much of the government’s business — which is really the taxpayers’ business — is still handled on a competition-free basis. The largely unknown accounting firm, Deloitte — a successor to the infamous accounting firm, Arthur Andersen — hauls off almost $40 billion each year in sole-source contracting.

Wade through the swamp a bit and you’ll find many other examples — such as the 465 no-bid contracts awarded by the Department of Homeland Security in 2014 alone.

God knows for what — let alone what was spent.

No-bid contracting could be described as the plug at the bottom of the Swamp.

It’s high time it got pulled — and the muck got drained.