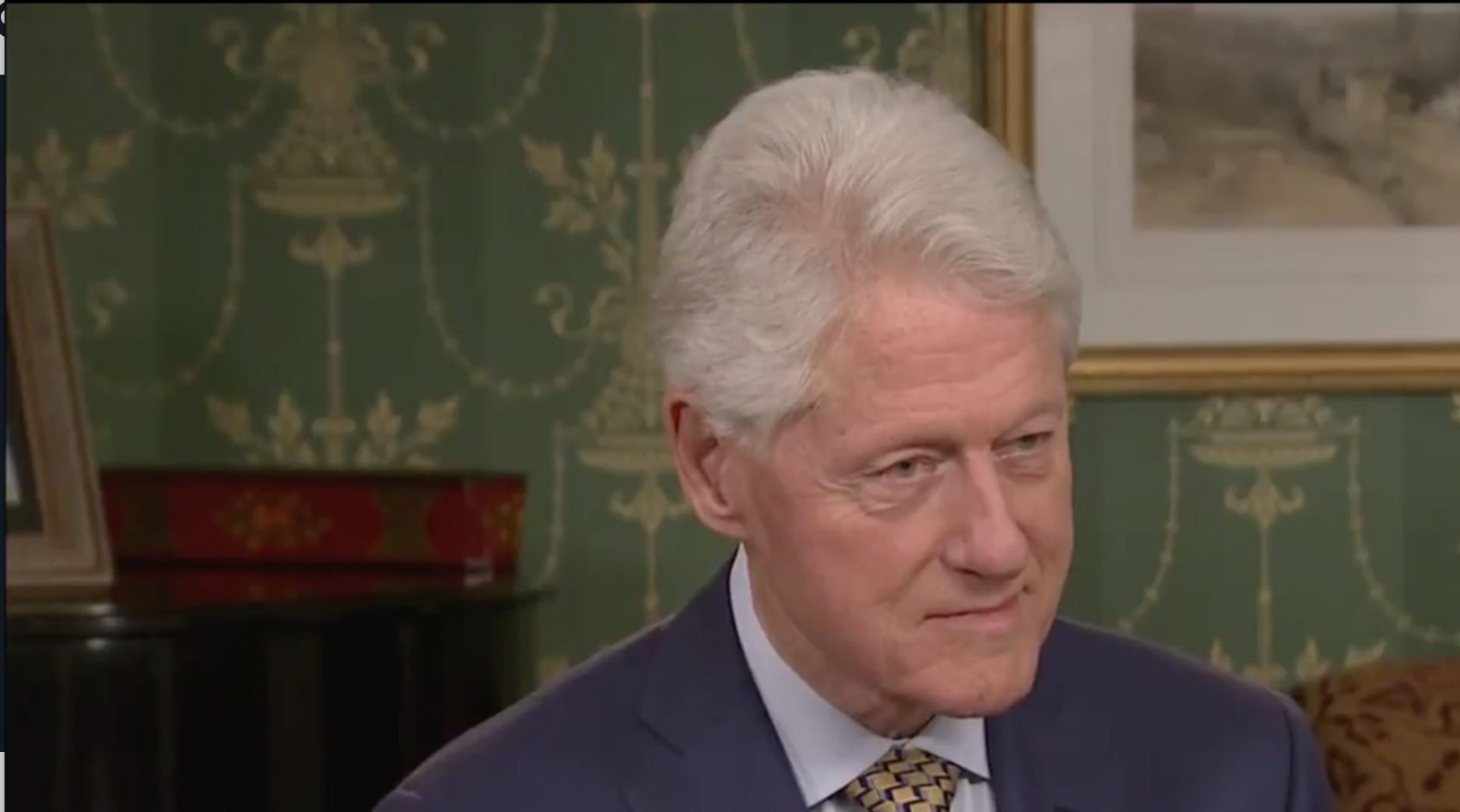 Thanks to advancing years, Billy Bob Clinton appears to be somewhat less of a walking threat to womankind than he was for much of his lamentable past, though I’m sure in his mind he’s every bit as much of a horn-dog as ever. But give him credit, he’s certainly can provide us with laughs as he goes about making excuses for his goatish behavior during these #MeToo days when Big Sister is ever on patrol.

One couldn’t help laughing last week when Clinton tried to portray himself as the victim in l’affaires Lewinsky, Willey, Broaddrick, Jones, et al. But we shouldn’t be surprised. The current Democratic Party is mostly a coalition of certified victim groups (certified by Democrats, of course). So why shouldn’t a multi-millionaire with Secret Service protection claim this status for himself?

The latest Clinton knee-slapper came in a Thursday interviewwhen PBS’s Judy Woodruff asked the cheeky Bill if he thought it was a good thing that norms on sexual harassment have been changed.No fool, our Bill gave the expected answer that it was a good thing, then confused the matter and confounded logic by launching into a defense of his Minnesota soul-mate, Al Franken. In his defense he made this wildly counterintuitive claim, “Maybe I’m just an old-fashioned person.”

I’ll wait here while you gather yourself, dear reader.

Asked if he thought Franken had gotten his just deserts when the Senate gave him his unconditional release, Clinton continued his defense of his fellow groper, saying, “I will be honest (nice change that would be),” our Bill said. “The Franken case, for me, was a difficult case, a hard case.”

I wonder if Juanita Broaddrick or Kathleen Willey would consider it a hard case. Likely not. But you just keep making us laugh Bill. It shows you’re not totally useless. Odd that the amusing Bill is married to a woman who has the sense of humor of a kidney stone.