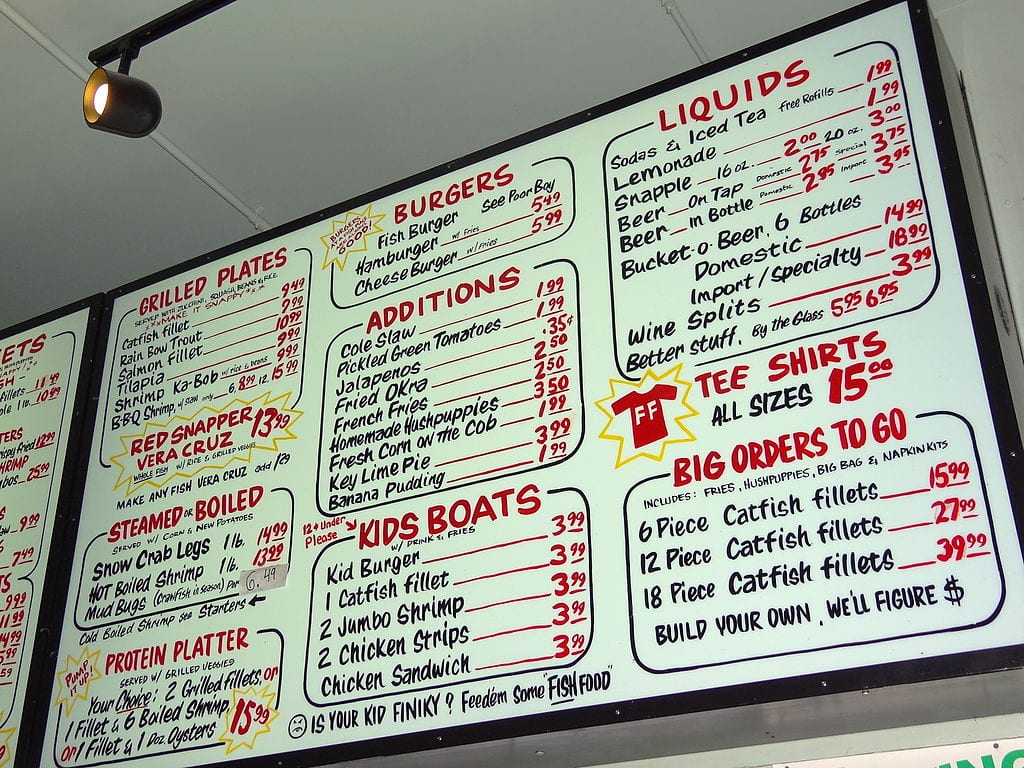 If you thought Michelle Obama’s departure from the White House meant there would be less government meddling with your meals, you were mistaken. Beginning Monday, Obamacare’s menu labeling requirements became effective for fast-food chains, family restaurants, pizza delivery companies, grocery chains, convenience stores, movie theaters, and any other food retailer with 20 or more locations. Ironically, the uncongenial task of implementing this regulation falls to a longtime critic of the “Affordable Care Act,” Scott Gottlieb. Dr. Gottlieb is now the Commissioner of the Food and Drug Administration (FDA) and he’s applying the lipstick to this beast with a liberal hand:

This is information Americans want or need in order to make decisions about the foods they eat so they can make more informed choices about their diets.… We’re also committed to helping industry in fulfilling this requirement in a way that is both effective and not overly burdensome.

Such assurances are unlikely to comfort the affected companies. Under Gottlieb’s leadership, there will probably be an effort to render the rules less burdensome than would have been the case under the Obama administration. But the FDA has a long history of heavy-handed enforcement of its regulations, and it will doubtless revert to form if the Democrats regain control of the executive branch anytime soon. During the Obama years, the mission creep at the agency was breathtaking. An illustrative example of its overreach was the “Cheerios edict.” Ernest Istook, a self-described recovering Congressman and distinguished fellow at the Heritage Foundation, described it at the time:

FDA maintains that the text, the type size, and even the colors on the famous yellow box do not conform to their edict. It threatens, “Enforcement action may include seizure of violative products and/or injunction against the manufacturers and distributors.”

This is nothing compared to what would happen if someone like Elizabeth Warren, who is actually taken seriously as a presidential candidate by many Democrats, appointed some Massachusetts food crank to be the Commissioner of the FDA. Regardless of which party controls the executive branch, compliance with Obamacare’s menu labeling requirements will be unbelievably expensive for the covered businesses. As far back as 2011, the Obama Office of Management and Budget admitted that compliance will involve an industry-wide labor expenditure of 14.5 million hours. Charles Hughes of the Manhattan Institute spells out what kind of money we’re talking about:

The FDA estimates that covered establishments will incur $562 million in costs through 2020. Much of the coverage focuses on restaurants, but other establishments such as bakeries, convenience stores, and coffee shops would also be subject to the regulation.

One hardly needs to confer with a Nobel Laureate in economics to know who will end up footing that bill. The profit margin on a lot of the affected businesses is not exactly extravagant, so the cost will have to be passed on to the consumer. Hughes goes on to point out that, in cases such as pizza delivery companies, compliance will be nearly impossible. Commissioner Gottlieb assures nervous business owners that the FDA will be realistic in its enforcement of the regulation: “We know that prepared food can diverge from one entree to the next. So we allow room for that variability. Pizza makers don’t need to worry about that extra slice of pepperoni.” This failed to produce an industry-wide sigh of relief.

Why not? Are pizza delivery companies and fast food chains afraid that caloric transparency will reduce the number of people who buy their ExtravaganZZas and Big Macs? Nope. The people who run these businesses know something that our Beltway masters haven’t figured out. Calorie counters don’t buy many pizzas and burgers. And that brings us to the most galling feature of the expensive and intrusive labeling rule—posting calorie counts on menus doesn’t produce meaningful changes in eating habits. The New York Times reported on a study involving the 2008 labeling law imposed on the Big Apple. It found that half the customers read the calorie counts, which affected their choices as follows:

[P]rofessors at New York University and Yale, tracked customers at four fast-food restaurants.… But, when the researchers checked the receipts afterwards, they found that people had, in fact, ordered slightly more calories than the typical customer had before the labeling law went into effect.

This is a pretty typical result for such studies. In other words, Obamacare’s moronic menu labeling requirements will be no more effective than any other provision of that misbegotten law. And they may come with a political cost for the GOP. The Obama administration postponed implementation of the requirements until January of 2017, leaving a ticking regulatory time bomb for the incoming Trump administration. The latter also postponed implementation, yet decided to move forward Monday despite the House’s passage of the Common Sense Nutrition Disclosure Act (H.R. 772), which would have rendered the rule less burdensome if passed by the Senate and signed by the President.

Considering the President’s affinity for burgers and other unpretentious fare, it’s surprising that he didn’t make Gottlieb put it off until (H.R. 772) could be included in the next budget resolution. Maybe he was hoping it would help him lose a pound or two. Perhaps he just had bigger things on his plate, as it were.