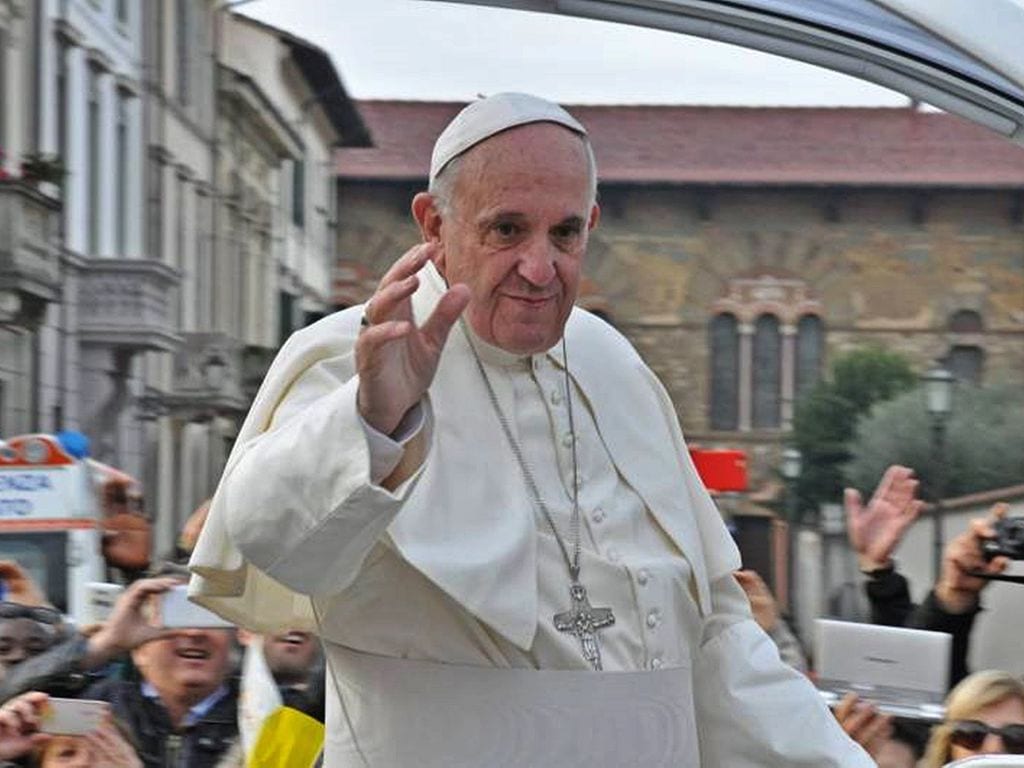 Did I hear correctly? The pope blew it? Called a global summit in Rome to deal with sexual abuse, then spoke mainly in generalities? Skimmed over the need for better means of policing abuse? Left out of his opening speech the expected call for “zero tolerance” of priestly abusers?

A non-Roman Catholic open to persuasion that child-abusers belong in Dante’s second, lust-punishing ring of hell, senses that the pope’s critics overlook something important: to wit, the need not just for worldly measures — fines, prison sentences, etc. — but for renewal and re-implantation of what the church itself teaches. Or used to, before the moral corruptions of the modern era came to block Jesus from the sight of sexual predators and varmints of similar ilk.

I quote from the Catechism of the Catholic Church, issued in 1994 under the authority of Joseph Cardinal Ratzinger, who would in due course occupy the papal chair where now sits Francis I. This is from page 574:

Connected to incest [which the catechism had just condemned as marking “a regression toward animality”] is any sexual abuse perpetrated by adults on children or adolescents committed to their care. The offense is compounded by the scandalous harm done to the physical and moral integrity of the young, who will remain scarred by it all their lives; and the violation of responsibility for their upbringing.

Is it not as plain as day? — the priestly abuser of children disbelieves, or doesn’t give a rip-snort about, the stated beliefs of the church he supposedly serves in the name of Christ.

What are we going to do about that? Specifically, what’s the church going to do when it’s done enacting “zero tolerance” policies? One hopes what it will do is start teaching again — start proclaiming its moral understandings, start dressing down and showing up the anti-religious viewpoints of 21st century culture. Which viewpoints are, in the main…?

First, my body is my own — no one else’s. Second, your old right-wing rules don’t apply to me, got that? Third, go away, leave me be — I’ll do with my body exactly what I want do with my body.

It’s how we believe in 2019. It’s how we live. The Non-Church of Me First is our religion. What a ball we have there! Do as you like: no rules, no truth, no responsibilities toward others, save such as secular law enforces, mildly and selectively enough. It’s no wonder gross and creepy adults, whether wearing a clerical color or not, figure this or that young person is mine, all mine, to seduce and traduce. Rules? — what rules? Ancient beliefs, ancient teachings? — who cares? This is Today, not 1300 A.D.

The 21st century didn’t found the Non-Church of Me First, but how that unholy sect prospers in the present climate, where no one’s supposed to deny anyone anything. Not on principle at least. Here the abuser, clerical or otherwise, flourishes. Who needs any old church catechism?

I would suggest who needs it: the church itself, that it might learn from its own record of spiritual commitment the cruelty and stupidity of standing by, looking the other direction, as its own officials — and doubtless non-officials as well — wreak moral havoc. The church’s — not just the Roman church’s; any Christian church’s — moral understandings are grounded in the amply recorded teachings of Jesus. All that’s necessary is to cease going along to get along; undermining inherited moral stature for fear of heckling and the departure of members less loyal to the church of all time than to the church of right this minute.

“Here’s how it is,” is what the world needs the church to be caught saying: how it is, whether sexual predators like it or not; and no matter how the preaching styles and message content of older, sounder times go down with folk unused to a church with higher things on its mind than casual, personal gratification. We see, don’t we, where that cruel and debased spirit got us.