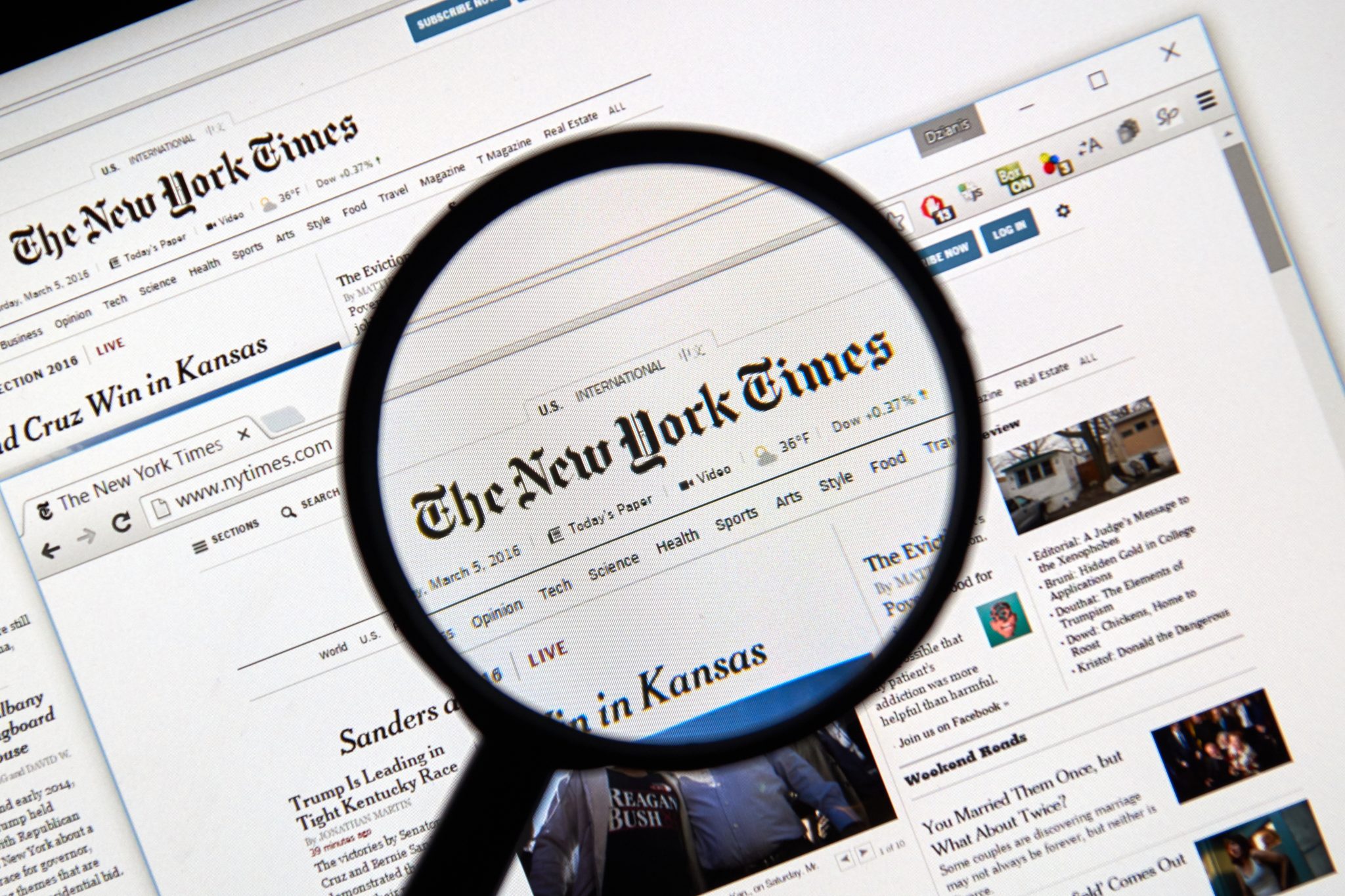 The Associated Press and other major American media outlets have started to capitalize “black” when referring to groups in racial, ethnic, or cultural terms, in response to the killing of George Floyd and the subsequent global reckoning with race relations.

Last Monday, FOX News also announced that they would adopt the style change. But unlike the New York Times, the Los Angeles Times, or the Washington Post, who will retain lowercase treatment for “white” and “brown,” FOX News decided to view all races as equally deserving of a capital letter. They disregarded the New York Times’ arguments that “there is less of a sense that ‘white’ describes a shared culture and history” and “brown” “has been used to describe such a disparate range of people” that the meaning is simply unclear.

The difference in opinions has sparked a heated debate regarding whether “white” with uppercase “W” is race-neutral or signals white supremacy.

A newly adopted by major news outlets capitalized “B” in “black” became another step toward racial equality and mutual respect.

In an attempt to “be respectful of all the people and communities we cover,” the New York Times gave a very vague explanation about why “white” and “brown” are not in line with Black, Latin, Indigenous, Asian, and Middle Eastern and thus should remain lowercase. “The term ‘brown’ as a racial or ethnic description should also generally remain lowercase and should be used with care. A more specific description is generally best,” said the paper’s executive editor Dean Baquet and associate managing editor Phil Corbett.

The problem with “brown” is in its ambiguity of the term that applies to a large group of people. And the choice to continue to lowercase “white” stems from the idea that, unlike black people, white people do not have a shared culture and history. The only thing that unites white people, from the New York Times editorial board’s point of view, is their light-colored skin, especially in those of European descent. Black people, on the contrary, belong to the African diaspora and share the same experiences, the editors said.

Some have disagreed with the New York Times’s decision. “I’ve said it before & I’ll say it again … this is the wrong approach. ‘White’ does not ‘merely describe skin color.’ It is a racial category with material & social meaning,” tweeted a popular Twitter user who identifies herself as a “black girl.” More than 1,400 people liked her tweet.

This New York Times’s approach is not only racist toward “white” people but also presupposes that Africa is less culturally varied than Europe, which is certainly not the case.

“When a copyeditor deletes the capital ‘B,’ they are in effect deleting the history and contributions of my people,” wrote Lori L. Tharps, an associate professor of journalism at Temple University and an advocate of the capital “B.” “White Americans deserve their capital letter too,” she added.

“Perhaps a stronger argument would be that white people don’t deserve a lowercase “w” and shouldn’t be allowed to claim it,” said Kwame Anthony Appiach, a professor of philosophy and law at New York University.

An uppercase letter signals importance in the reader’s mind. This can be used for good or ill. In 1878, an editorial in the Conservator, a Black publication based in Chicago, named the main reason why newspapers intentionally left lowercase N in the N-word while capitalizing all other racial and ethnic identifiers: to further stigmatize black people.

“This could be viewed as a simple style issue, one that only us writers would take seriously, but I’m not looking to start a revolution over grammar,” said Lori L. Tharps, an associate professor of journalism at Temple University and an advocate of the capital “B.” “This is about identity and respect.”

Language wields power and shapes how we perceive one another and ourselves. Therefore, if we strive for equality, we need to get rid of double standards and capitalize both “brown” and “white” together with “black.”