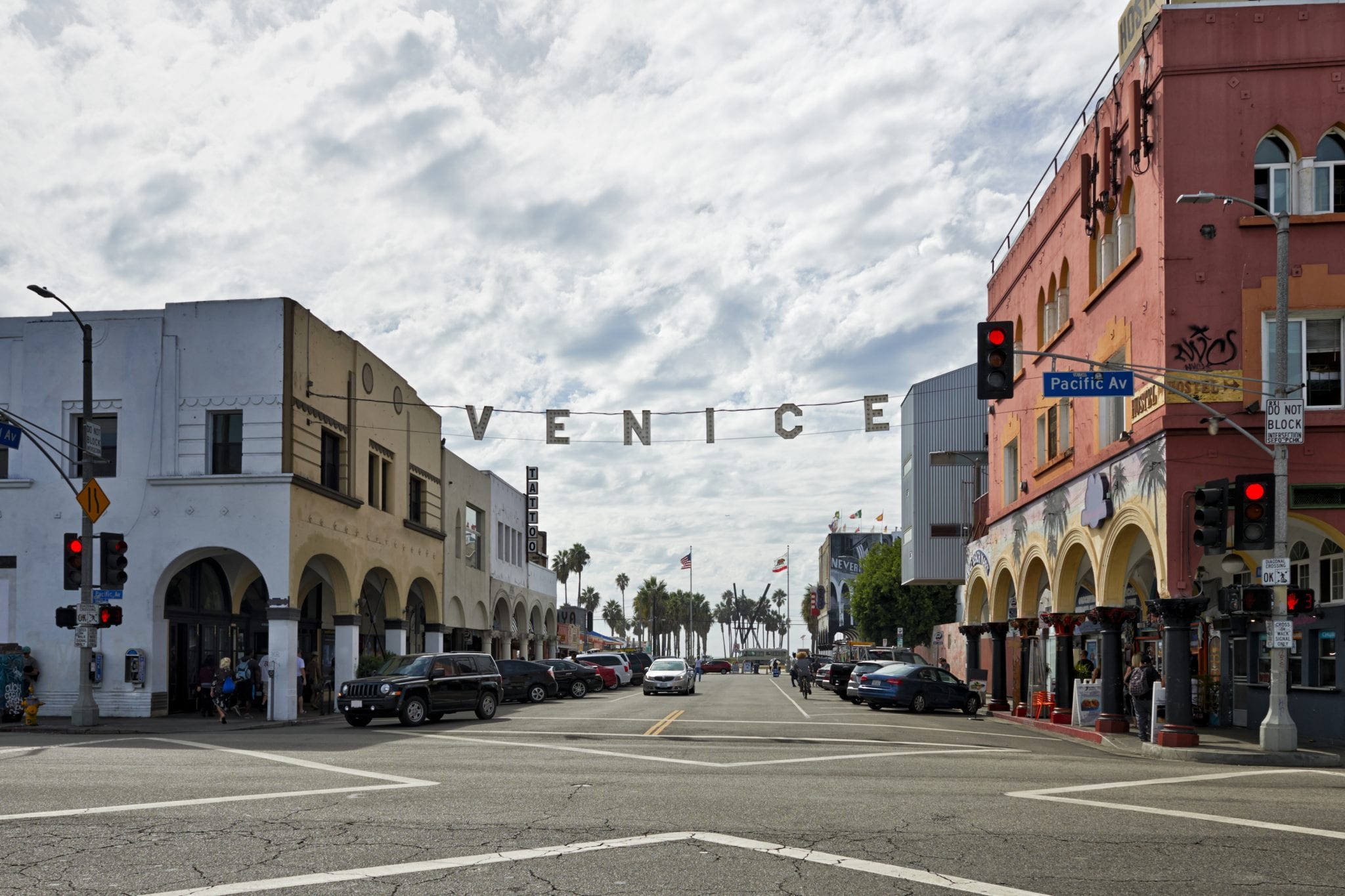 In my struggling screenwriter days, I lived on Venice Beach, in the Morrison Apartments (named after the pre-Doors rocker who used to jam on its rooftop), and worked at an Indian-owned convenience store across the narrow one-way street. For more than a year, an elderly black homeless man sat on the sidewalk a few feet away from the market door, accepting money and sometimes food from passersby. He never asked for these things, in fact he rarely spoke, and early on became almost a part of the scenery. One afternoon, maybe nine months after his initial appearance, I stood outside the market talking to the bike rental shop owner next door, when I heard the homeless man laugh. It was as if the nearby mailbox or newspaper stand had made a sound. We turned to him in surprise, and he smiled at me. “You remind me of Jack Benny,” he said. “That guy was funny. Always made me laugh.”

I got struck by two different sensations right then, sadness and awe. The first came from my sudden realization that this man, whom I’d mentally dehumanized, had had a life, a youth-sitting before a TV set like millions of Americans, enjoying The Jack Benny Program. The second was my appreciation for the unifying power of Entertainment, my chosen profession, to cut across racial lines and do its job. I was old enough to remember Jack Benny. I knew he was hysterically funny, and that some of his best moments were the exchanges with his mocking black assistant, Rochester, whom he valued. As a kid, I’d had several TV spy heroes — Napoleon Solo and Illya Kuryakin in The Man from U.N.C.L.E., James West and Artemus Gordon in The Wild, Wild West, Alexander Mundy in It Takes a Thief, but the two I hoped to emulate when I grew up, because they seemed the most realistic, were Kelly Robinson and Alexander Scott in I Spy. Scott was black, and Bill Cosby, who portrayed him, was the first black co-lead in a dramatic series. I wanted to be like Scotty — cool, witty, multilingual, formidable in action, and as loyal to Kelly as Kelly was to him, an equal partnership where their racial difference never entered or mattered. Cosby repeated the race-less protagonist construct two decades later to phenomenal success in The Cosby Show. So for one brief moment, I bonded with a senior homeless black man in Venice Beach. I asked him who his favorite movie star was. Without hesitation he answered Charlton Heston.

I think about that man as I witness the rapid self-immolation of Hollywood into an intersectional woke swamp, demanding not only onscreen diversity but creative as well. The accelerating trend is that only black people can write or direct black main characters, as only women can do the same for female ones. Consequently, a hundred years of wonderful motion picture art are triggering, and straight white male leads are relics of the past, even those that made the Marvel Comics Universe a current goldmine.

I haven’t seen the new Avengers film, though am told it doesn’t end well for several iconic heroes, as multicultural lesser characters take their place, including the most obnoxious one of all, Captain Marvel, played by insufferable feminist Brie Larson. Social justice will doubtless damage the MCU as fatally as it has the Star Wars franchise, but the producers can still brandish their woke cred at pool parties.

The late, great Andrew Breitbart befriended me shortly before his sudden death in 2012. Flatteringly, he thought I could contribute something to his dream of challenging Hollywood’s liberal hegemony with a conservative countercultural alternative — much as Fox News had the monolithic leftwing news media to great success. But with Andrew gone, all I can do is write books that Hollywood will never option, which brazenly depict people of different races and sexual orientation and, gulp, both genders.

Should a new Rupert Murdoch ever take up Andrew’s conservative film-television gauntlet, he will have a wealth of excellent commercial works to begin his mogulship. They include many novels by Edgar Award winner Andrew Klavan (Dynamite Road, Shotgun Alley, Damnation Street, Empire of Lies, Werewolf Cop), the Devlin trilogy by Michael Walsh (Early Warning, Hostile Intent, Shock Warning), the Kelly Trumbull trilogy by Kurt Schlichter (People’s Republic, Indian Country, Wildfire), and my own Paper Tigers.

All the authors I cited are straight white men. Yet if any of their books get made into a film or TV series, it can be just as thoroughly enjoyed by a young black kid, who hopefully will never end up homeless in Venice Beach.