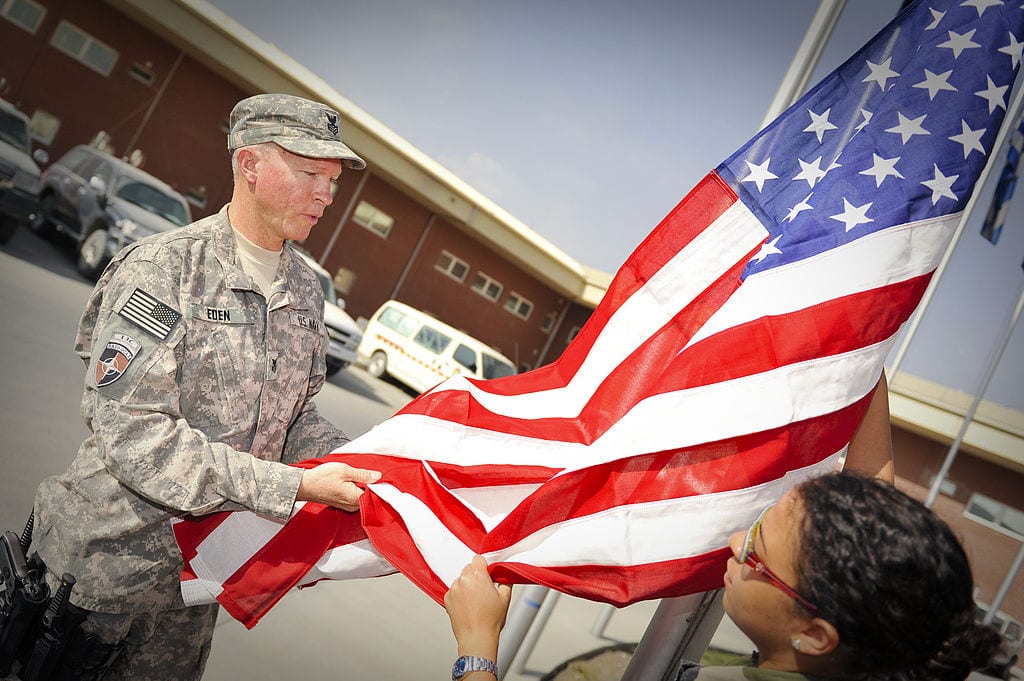 One unremarked side effect of the uproar that goes by the name of Donald Trump is the hardening everywhere of hearts and positions. Everything’s got to be one way or another! — border wall or shutdown, impeachment or public demoralization, allies or enemies, war or peace.

War: That puts on our plates, or should, the year’s truly big issue; bigger even than immigration.

It is said, and not just by Democrats, that American resources are over-embedded in the affairs of the outside world. It is said, in counterpoint, and not just by Republicans, that the American flag should remain planted abroad wherever there is the prospect of trouble.

I am here to suggest the truth lies somewhere in between. I do not mean the precise middle, as if I were some divorce counselor. I mean somewhere between the polar opposites of let’s-start-a-war and let’s-pull-the-covers-over-our-innocent heads.

The U.S. needs to be the world’s policeman, as distinguished from its occupying power: this, due to the present deficit of strength and will among the self-proclaimed friends of freedom and democracy. No other nation is up to the job.

A mood that spreads wider and wider among Americans praises disengagement and general military, as well as mental, withdrawal to American borders. President Trump reflects this mood, and sometimes acts on it, as when he impulsively (as you could have foretold) announced U.S. military withdrawal from Syria. The opposite mood, frequently called “neoconservative,” emphasizes the advisability of military actions designed to remove enemies and plant democracy in other countries. Such are the bases from which we sally forth to smite each other. It’s all, do it this way or do it that way.

I have no program to advance here: only some scruples to note. The Age of Trump seems to call for frequent recurrence to fundamental principles, as I have noted previously, citing our revolutionary forbearer George Mason. What principle is more fundamental, I ask, than that of strength to warn off or, when necessary, wallop disrupters of the peace? It’s hard to get a good debate going on such a topic, when all anybody wants to talk about is How Much Evidence Does Impeachment Require?

That’s the fun stuff: the stuff that gets your adrenalin pumping. Your neighbor cares. Your mother-in-law cares. Not too many people, so far as I can ascertain, care one way or another whether Assad continues another 10 minutes or 10 years in the Syrian presidential palace.

The issue, in fact, is far larger than that. The issue is what kind of respect and fear the U.S. commands now and in coming years on account of its willingness to stand up for American interests, and the interests of nations friendly to us; for instance, Israel and Taiwan.

The issue of which interests are true American interests will always occasion debate, as did the First World War; as did the Iraq incursion of 2003. There will be practical and psychological answers. In the Syrian conflict the question is, would a loss by American clients and allies endanger us physically, or would it just encourage already existing American enemies to think of us as pushovers, ready for a good shove at some undetermined point in the future? The two questions actually overlap. Weakness, real or perceived, is a permission slip for others to taunt poor, pitiful Pearl, then, that accomplished, slap her around. The necessity that all great nations run into is that of warning off aggression that begets aggression.

I have, as I say, no program for ending the Syrian embroilment. Do we need reminding, even so, that if we leave — when we leave — straight into the resultant power vacuum will pour sour, sorehead disrupters: Iran and Russia in particular? Neither the come-home extreme nor the wipe-’em-out extreme quite fits the case here: which consideration reminds us that nuance and intellect have a larger role to play in crisis-resolution than the frothing, fuming internet normally suggests.

Extreme thought, provoking extreme behavior, is political flu. Caught, it spreads. In spreading, it may devastate. The surest vaccine, possibly: an internet vacation, an Agatha Christie yarn, a double bourbon. Then bed.

William Murchison is writing a book on 21stcentury moral reconstruction.