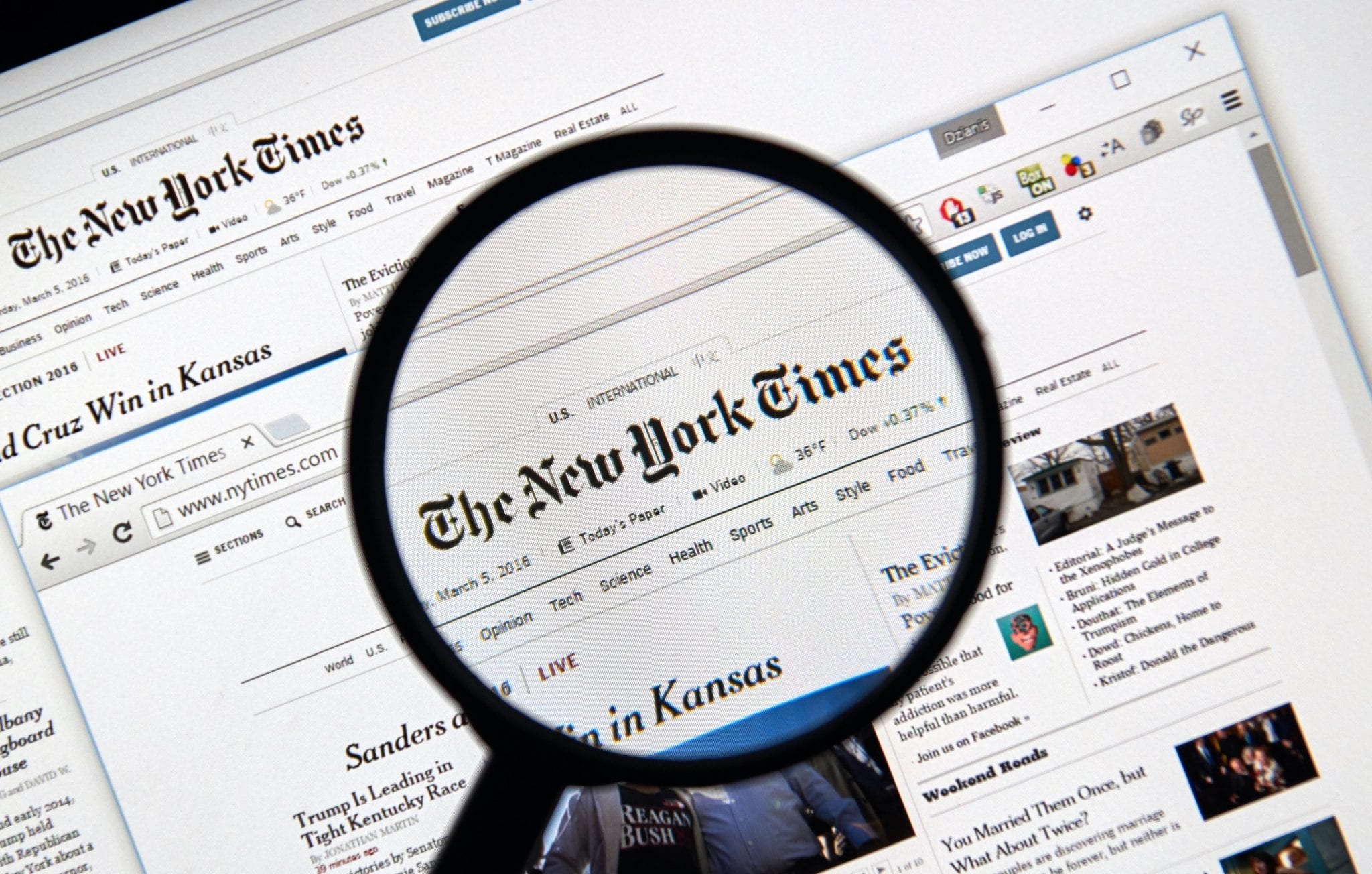 When the faux-punk outfit released the comically emo, radio-friendly single in 2004, they had no way of knowing that it would serve as the soundtrack for the American mainstream media’s unraveling some 15 years later. After all, the last half of September was a rough couple of weeks for the press; perhaps no period in modern history has witnessed such a staggering amount of journalistic malfeasance.

It’s a play more or less in three acts, a slapstick tragedy so absurdly avoidable that it borders on comedy. And it begins, as so many journalistic tragedies do, at the New York Times.

Apparently still bitter that the first press-led character assassination of Brett Kavanaugh failed to stop his confirmation to the highest court in the land, the Gray Lady doubled down on September 14 by teasing a book by Times writers Robin Pogrebin and Kate Kelly.

The article lobbed yet another accusation of sexual misconduct against the Supreme Court Justice (well, sort of: Kavanaugh’s friends allegedly shoved his penis in the face of an unsuspecting female). Not only did it appear that Kavanaugh was a victim as well, but the Times piece also conveniently failed to mention that the alleged female victim was never interviewed and according to her friends doesn’t remember the incident.

Rather than apologize and pledge to do better, however, Pogrebin and Kelly instead blamed their editors and … wait for it … Fox News. Because, of course, nothing says strong, independent women like blaming a television network for your own faulty newspaper reporting.

But before the ink could dry on a libel suit, a new circus rolled into town and bumped the Kavanaugh debacle from the headlines.

I’m speaking, of course, about the “whistleblower” complaint, in which an anonymous official claims he has reason to believe that President Trump was attempting to enlist the help of the Ukrainian government in the upcoming American presidential election. And in which the American press committed more unforced errors than the Bad News Bears.

The blunders are too numerous for a full accounting, but some highlights include the following:

There were numerous additional snafus, but why beat a dead horse?

Hardly any part of this entire sordid tale went unbutchered by America’s media apparatus. It’s a sad state of affairs indeed, but one that is hardly surprising these days, as the press has fully embraced activism in place of objectivism.

Perhaps nothing illustrates this ethical decline better than the finale of our drama, which resides outside of national politics, in the heart of middle America. In Des Moines, Iowa, to be exact, where Aaron Calvin, a reporter for the city’s Register newspaper, ran a “routine background check” on Carson King, a 24-year-old security guard who had managed to raise more than $1 million for a local children’s hospital thanks to his love of Busch Light beer.

Unsurprisingly, the intrepid journalist uncovered some unsavory tweets from King’s teenage years. He went on to publicly humiliate the good-willed beer drinker and force Anheuser-Busch to cut ties with King’s campaign. Many were outraged at the paper’s decision to so thoroughly vet a man with such good intentions, and it didn’t take long for some unsavory tweets from Calvin’s past to surface (the irony of the paper performing a background check on King but not a member of its own staff is hard to ignore).

Calvin has since been sacked from the Register, but his editors, who made the decision to run with King’s tweets, strangely kept their jobs. But before you go feeling sorry for Calvin, it’s worth noting that he used the same sorry excuse as his colleagues at the New York Times, telling BuzzFeed:

[T]his whole campaign was taken up by right-wing ideologues and largely driven by that force. It was just a taste of what I assume that women and journalists of color suffer all the time, but the kind of locality and regional virality of the story made it so intense.

This is journalism in 2019, folks. No matter the clarity of their crimes, the press insists they are the victims and are therefore justified in ignoring facts that get in the way of the progressive cause du jour.

And as the 2020 election draws nearer there’s little reason to believe that, despite that terrible song, the end of September will wake them up to the undeniable damage they are doing to their country.