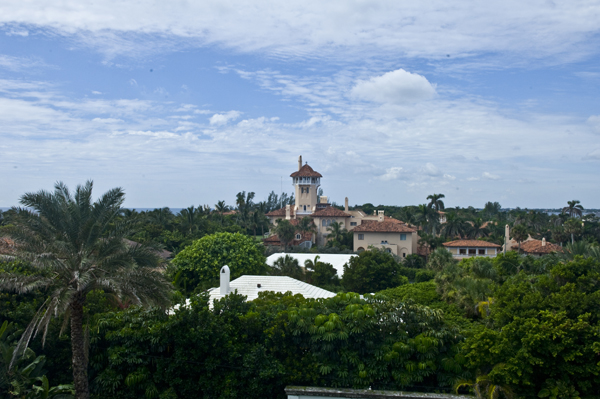 For most of 2022, Democratic voters have been far more ambivalent about participating in the fall midterms than their Republican counterparts. According to conventional Beltway wisdom, however, that enthusiasm gap has been narrowed by the recent Roe v. Wade ruling and the Jan. 6 hearings. It’s probable, though, that last Monday’s FBI raid on former President Trump’s Mar-a-Lago estate will reestablish the Republican advantage. This unprecedented action will likely energize GOP voters and drown any increase in Democratic enthusiasm beneath a red tsunami.

The first poll to measure public response to the raid indicates that it has galvanized Republicans and Independents. A new survey conducted by the Trafalgar Group for Convention of States Action found that 83.3 percent of GOP voters and 71.7 percent of Independent voters are more motivated to vote in the midterms than they were before the FBI descended on Mar-a-Lago. Moreover, when asked who they believed was behind the FBI action, 76.7 percent of Republicans answered, “Trump’s political enemies,” and 53.9 percent of Independents agreed. A mere 11.9 percent of Democrats said that the search was politically motivated.

The survey also breaks down responses by ethnicity in the crosstabs, and the news isn’t good for Democrats. The share of Hispanics who said the Mar-a-Lago raid increased their motivation to vote in the midterms was a whopping 80 percent, while 69.9 percent said it was initiated by Trump’s political enemies. This suggests that this episode may well accelerate the increasing tendency of Hispanics to vote Republican. Their exodus from the Democratic Party began in earnest during the last election and it isn’t limited to any geographic location. As Ruy Teixeira of the American Enterprise Institute writes at the Wall Street Journal:

It’s likely that many of these voters agree with Rep. Mayra Flores (R-Texas) who responded to the Mar-a-Lago search thus: “The FBI raid on the residence of the former POTUS is unprecedented. We do not live in a third world country.” This point will certainly resonate with many first and second generation Hispanic immigrants, many of whom came to the United States to escape countries where such secret police raids are all too common. It’s doubtful that Flores or her constituents were satisfied by Attorney General Garland’s dilatory and defensive acknowledgment that he approved the decision to seek the search warrant.

His credibility was not enhanced by his petulant sermon about the “patriotic public servants” of the FBI and Justice Department. This was pretty rich considering the treatment Trump has received at the hands of these people. In 2016, for example, the FBI colluded with the Clinton campaign by using the notorious Steele dossier to investigate Trump and his aides. This fraudulent document was then used by the Justice Department as the pretext for the 22-month Mueller investigation that produced no evidence that Trump had committed a crime. In 2020, the FBI colluded with the Biden campaign by lying about Hunter Biden’s laptop.

Just these examples of Justice Department skulduggery, and there are many more, should have made Garland wary of sending three-dozen FBI agents to ransack Mar-a-Lago. This was guaranteed to rekindle suspicions about the Justice Department’s motives. This certainly hasn’t been lost on the 74.5 million people who voted for Trump in 2020. Nor are these voters likely to buy the implausible reasons for the raid offered by the corporate media. The prize for “most absurd claim” goes to the Washington Post story in which anonymous sources suggest the FBI was searching for documents somehow connected to nuclear weapons:

Classified documents relating to nuclear weapons were among the items FBI agents sought in a search of former president Donald Trump’s Florida residence on Monday, according to people familiar with the investigation. Experts in classified information said the unusual search underscores deep concern among government officials about the types of information they thought could be located at Trump’s Mar-a-Lago Club and potentially in danger of falling into the wrong hands.… The Justice Department and FBI declined to comment.

This gives off the same stench that emanated from the tall tales the media fed the public during the Russia Hoax. The Post expects us to believe that Trump was hiding extremely sensitive documents, yet the FBI waited 18 months — just 90 days before an important national election — to descend on his Florida home and seize at least a dozen boxes of material. After Garland’s sanctimonious press conference, the search warrant and redacted inventory list was released. Conspicuously absent were affidavits of probable cause indicating that evidence of federal crimes would be uncovered during the surprise raid at the Mar-a-Lago estate.

According to an article in Politico, the search warrant was issued pursuant to “potential crimes involving obstruction of justice, the removal of records and violating the Espionage Act.” Why does all this stuff sound so familiar? To most Republicans and Independents, goofy stories in the media about nuclear secrets and espionage read like just another chapter in the ongoing Get Trump saga. The midterms are almost upon us and Merrick Garland has just reminded us why the Democrats can’t be trusted with power. He and his FBI goons may well be responsible for transforming a moderately good Republican turnout into a Mar-a-Lago wave.