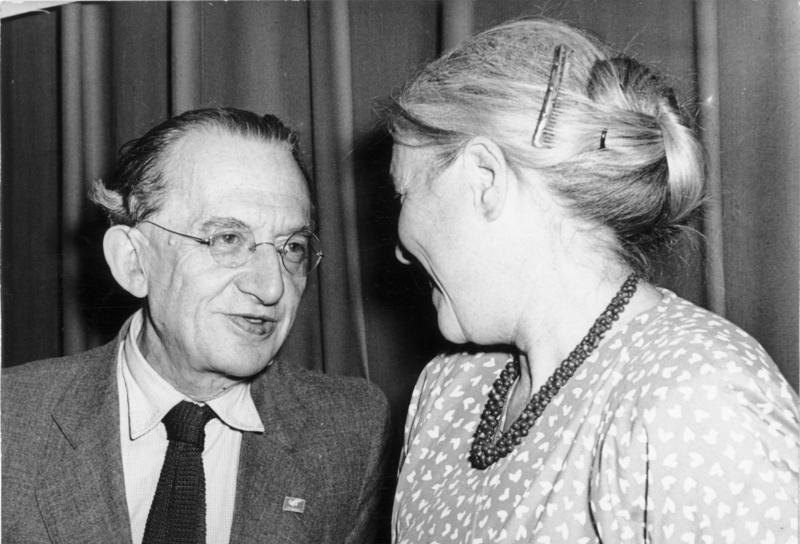 Columbus Day — another day of fear and loathing for leftists.

Progressives continue their crusade against Christopher Columbus. This is another high unholy day for liberals, an annual opportunity dump on the great explorer. He is to be denounced. He is, above all, a repugnant DWEM.

That’s right, a DWEM. Veteran survivors of political correctness will recall that dread acronym from the 1980s: DWEM — Dead White European Male. These are bad guys in the Left’s lexicon. DWEM is a tag of enmity, derision.

And yet, truth be told, not all dead white European males are bad guys in liberal la-la land. As leftists do with, well, everything, their outrage is highly selective when it comes to DWEMs, much like their selective support of “diversity,” “tolerance,” free speech.

The reality is that there are certain DWEMs that leftists not only don’t revile but revere. As for the former, they’ll march across campus with torches in search of Dante, Shakespeare, Milton, Benedict, Aquinas, Ambrose, Thomas More, John Calvin, pretty much any pope. But they throw wide open the university gates for dead white European males like Marx, Engels, Freud, Keynes, Reich, Marcuse. A DWEM who defended, say, Biblical and natural law, is a cretin to be banned, whereas a DWEM who supported socialism or advocated for sexual anarchy isn’t even labeled a DWEM, since he was a good European male.

When I wrote on cultural Marxism for The American Spectator last spring, I received emails from embattled souls suffering various forms of ideological quackery in their respective academic gulags. A new British friend, whose academic career I will not wreck by naming here, had my heartfelt condolences. He’s attempting to survive an “English Lit” program that can’t read Huxley or Austen or Pinocchio without the lens of race, gender, sex, power relationships, and, of course, “critical theory.”

As I told this poor soul, what’s most odd about the hogwash that passes for intellectual discourse is that these ideas aren’t merely obviously absurd but obviously outdated. They’re truly a century ago. Seriously, why does anyone give a damn about Sigmund Freud nowadays? Why this phallic-like obsession with Freud by progressives? Professor Freud should be treated like a cartoon character. Elmer Fudd is worthier of reflection.

And if Freud wasn’t enough of a freak, what about his pupil and Bolshevist disciple Wilhelm Reich, the supremely disturbed individual who crafted the perverse work The Sexual Revolution? Reich’s opus was a fitting apotheosis to the adult who as a child fantasized about having sex with everything from the farm animals to his nursemaid to his mother.

Or take the leading light of the Frankfurt School, Herbert Marcuse. One genuinely wonders (my British friend wonders, too) how many intellectualoids have actually attempted to navigate Marcuse’s two most famous works, One-Dimensional Man and Eros and Civilization. To say these screeds are sophistry isn’t sufficient. They are the uncorked utterances of a madman. Marcuse’s musings make Marx and Engels look like a couple of geniuses.

But it isn’t only inmates in the academy who feed from these troughs. Look at our newfangled “democratic socialists.” Take a gander at the new Jacobin Marxists in America, who fancy themselves as cutting-edge ideological hipsters — as they make light of the guillotine that beheaded 40,000 in one year of the French Revolution. Behold the purveyors of racial and gender identity politics. See the pontificators of critical theory.

Look at them all and then think about this carefully: Is it not both fascinating and bewildering that these modern leftists are hooked on the inane ideas of a bunch of DWEMs — that is, Dead White European Males?

They told us decades ago that the worst ogres were DWEMs. These were men to detest, to shun, to censure, to censor. Every good progressive should conduct his or her own mental book-burning, igniting ablaze any misbegotten product of these scoundrels of European yesteryear. Enlightened progressives on the English Lit front could lead the way, tossing the first volumes of Dante and Milton and Shakespeare upon the funeral pyre of history. Let the literary cremation begin.

But it turns out that the whole thing was yet another lefty sham — again, like liberals’ phony claims of “tolerance” and “diversity.” Liberals tolerate only the things they like — which, of course, isn’t genuine tolerance. They seek to repress the ideas they don’t want to tolerate. (Marcuse hailed this as “repressive tolerance.”) Their diversity umbrella only extends to what they want — which, of course, isn’t genuine diversity. Well, the same is true for their DWEMs. They want to forever bury the DWEMs they don’t like, while trying to keep alive the DWEMs they want forever resurrected.

Thus, to Hades with the monks and poets and popes and pastors and theologians and philosophers of the Judeo-Christian tradition. To borrow from Jesse Jackson, “Hey, hey, ho, ho, Western Civ has got to go!” But if the old dead European white guy is named Marx or Engels or Lukacs or Adorno or Horkheimer or Fromm or Freud or Reich — incidentally, all largely Dead White German (or Austrian) Males — or Gramsci or a Jacobin, well, that DWEM is to be read, studied, discussed, extolled, and serve as no less than the foundational pioneer of your academic program.

I ask the Democratic Socialists of America and their new protégés, such as Congresswomen Alexandria Ocasio-Cortez, Ilhan Omar, and Rashida Tlaib: Why do you imbibe the century-old thoughts of old, white, German-Austrian, Freudian-Marxists? Hey, AOC, have you seen a photo of Georg Lukacs? Ever read about his life? You think he’s cool? These are the fathers (yes, they are fathers, nary a female theorist among them) of the ideas that you think are new. They’re about as avant-garde as growling Georg Lukacs’ stinky Hungarian cigar.

Do a little research on the concept of “21st-century socialism.” This was supposed to be the hot new thing, embodied by socialists and Marxists such as Hugo Chavez and Nicolás Maduro in Venezuela, Evo Morales in Bolivia, Rafael Correa in Ecuador, Luiz Inácio Lula da Silva in Brazil, Néstor Carlos Kirchner Jr. in Argentina.

Hey, it must be cool if it’s Latin American!

Stop the press, comrade. The reality is that “21st-century socialism” isn’t credited to a Latin American dude or dudette but, yet again, another German male — namely, Heinz Dieterich. And in practice, 21st-century socialism smells a lot like 20th-century communism. The shops are just as empty and lines just as long in Venezuela as they were in East Germany.

Once again, we have another Marxist reiteration spearheaded by a German philosopher and lapped up by Latin Americans to their great detriment. Modern Germans aren’t implementing this nonsense; Venezuelans are. Fidel Castro, too, did the same — influenced not by a Latin American theorist/revolutionary but by a German one who croaked in the 19th century (read: Marx).

What explains these weird incongruities? The answer for the Left, as always, is that every situation is relativistic, depending on the political-ideological needs of the day. Thus, a socialist/Marxist DWEM is a good DWEM. A DWEM in the form of Milton, Dante, Shakespeare, is a bad DWEM. They eschew the DWEM of Dante’s Divine Comedy, Mozart’s Requiem, or Bach’s Brandenburg Concertos. We should marvel at Andres Serrano’s “Piss Christ” rather than Michelangelo’s “Pieta,” at “Dung Mary” rather than Caravaggio, at Wilhelm Reich’s The Sexual Revolution rather than the Rule of St. Benedict.

They demand our public schools drop Columbus, while insisting they read Howard Zinn. As they do, remind them that their ideas are not new and refreshing but old and rotten. They deserve burial along with the Left’s favorite DWEMs.