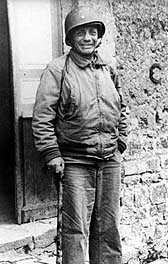 So many elected officials, and wannabe elected officials, natter on about “public service” and how they’re prepared to make personal sacrifices in the name of this noble pursuit. In most cases, this just means they want to get their snout into the public trough, as they’re unfit for legitimate work. In His Father’s Son, historical writer Tim Brady gives us a well-researched and well-written biography of an American who understood the concept of public service thoroughly and consistently met its high standards as well as anyone in the republic.

It wasn’t that Theodore Roosevelt Jr. couldn’t hack it in the private sector. Between stints as a brave and effective Army officer, a diplomat, an elected state politician, and a presidential cabinet member, Roosevelt was an effective executive first in the financial services industry and later in publishing. He would have been a success had he never drawn a single government paycheck, and not just because of his last name. In fact, in his Wall Street incarnation his father’s name was a handicap, as Ted Sr.’s progressive policies were unpopular with big business.

But it was as an Army officer in two world wars that Ted Jr. made his biggest contribution to his country, and wherein lies his biggest claim to our attention. He was indeed the son of the father who led a motley band of volunteers in the charge up San Juan Hill in the Spanish-American War. Senior instilled in Junior a strong sense of manly honor and belief in an obligation to serve when the country was at war. And to serve where the battles are, not where the battle maps are being drawn in safety and comfort well behind the lines.

As a major leading a battalion, then a lieutenant colonel leading a regiment, Ted Jr. commanded units of the first Americans to serve in the trenches and the first to be bloodied in more open engagements with the enemy in the Great War (which, after we learned there was to be an encore, became known as World War I). Roosevelt always led his troops effectively, and from the front, putting himself in harm’s way as much as any drafted private. And because of this he was gassed, injured by shrapnel, and shot through the left knee by a machine gun, a wound that left him walking with a cane.

The egalitarian Roosevelt also took time to know the men who fought with him. He cared about them and raised hell above when they weren’t properly fed and equipped. For these reasons his troops respected, even loved him. He didn’t lean too hard on the spit and polish side of military life, considering defeating the enemy more important than looking good on parade. He went so far as to rarely be in complete and proper uniform himself. One of his aides described him as “the most disreputable looking general I’ve ever met.” This aspect of Roosevelt annoyed more conventional generals like Patton and Bradley, but Bradley later said of him, “I have never known a braver man or a more devoted soldier.”

Roosevelt was still using his cane when, at the distinctly unmilitary age of 53, he returned to the Army for World War II. High rank did not keep Brigadier General Roosevelt from leading from the front. He always ran — more like hobbled, after his wounds — to the sound of the guns. By D-Day at Normandy, Roosevelt had already participated in amphibious landings in North Africa and Sicily. And on that fateful June 6, he was the only general to hit the beach with the troops. There he was, a 56-year-old man on a cane, directing men and traffic on Utah Beach. His efficiency and bravery that day led to his being awarded the Medal of Honor, which was added to his already considerable chest full of recognition in the form of Silver Stars, Purple Hearts, and a Croix de Guerre awarded to him by the French for his actions in WWI. Sadly, this last medal was awarded posthumously, because this great American died of a heart attack just six days after the Utah landings, and way too soon at the age of 56.

The son of Theodore Roosevelt Senior could hardly not be interested in politics. And in between shooting wars Junior tried the political wars. He was not nearly as successful in this arena as his father. Partly because he was not as totally committed to a set of political beliefs as his father, or as charismatic in promoting these ideas and himself. Senior was a compelling speaker and a large, dramatic presence. Junior was neither. He was undersized, had one eye that didn’t quite line up right (despite a painful attempt at surgical correction), had a raspy voice, and was blessed with less than leading man looks.

Junior also didn’t enjoy Senior’s luck of political timing. Senior wound up on William McKinley’s re-election ticket in 1900 because Republicans considered that the outspoken and annoyingly principled TR could cause them less trouble as vice president than he could remaining governor of New York. Also the hero of San Juan Hill had caught the public’s fancy and was therefore a vote magnet. He helped McKinley easily defeat Democrat William Jennings Bryan for the second time. Then in September, McKinley was assassinated in Buffalo, New York by a disgruntled unemployed man. And the man Republicans thought they had safely stashed at Number 2 in a system where only Number 1 counts, became, at 42, the youngest president of the United States. He was re-elected easily in 1904.

Junior’s political arc was much less impressive. After the war he won a couple of terms as a New York State assemblyman, and was popular enough in 1924, thanks to war heroics and his role after the war in establishing the American Legion, to be chosen to challenge Democrat incumbent New York Governor Al Smith. Roosevelt put up a good and close fight, but lost to Smith 1.6 million to 1.5 million. Roosevelt won 56 of the state’s 62 counties. But then, as now, New York City was a wholly owned subsidiary of the Democratic Party, and Smith rolled up huge margins there.

After the loss to Smith, and after demonstrating that, like his father TR, Junior was more interested in sticking to his principles than looking out for the welfare of the Republican Party, his shot at high political office had been taken and missed. He would be appointed governor of Puerto Rico and then the Philippines (both American possessions at the time) by President Hoover, and serve a stint in the family sinecure of Assistant Secretary of the Navy (Senior, Junior, and FDR have this post on their résumés). But there would be no Theodore Quincy Roosevelt. So after a couple of Asian adventures where he hunted and brought back specimens of exotic animals for American museums, the literary Roosevelt settled in to publishing books at Doubleday. He even found time to write three of his own, one on his Asian adventures, a remembrance of his boyhood at the Sagamore Hill Roosevelt family home next to Oyster Bay in New York, and a collection of war stories.

It’s not surprising that Ted Jr. has been the least known of the Roosevelts. After all, his father and his fifth cousin, Franklin, were American presidents. And FDR’s wife was a famous scold, beloved of liberals and the media, ever in the public eye, ear, nose, and throat during, and even after, her years on the public stage. But Brady’s fine biography could be used as an argument that Junior, who often deflected attention rather than seeking it as others in the family did, is also worthy of our attention. His was certainly a life in full, if too short. And Brady gives us this life fully in His Father’s Son.