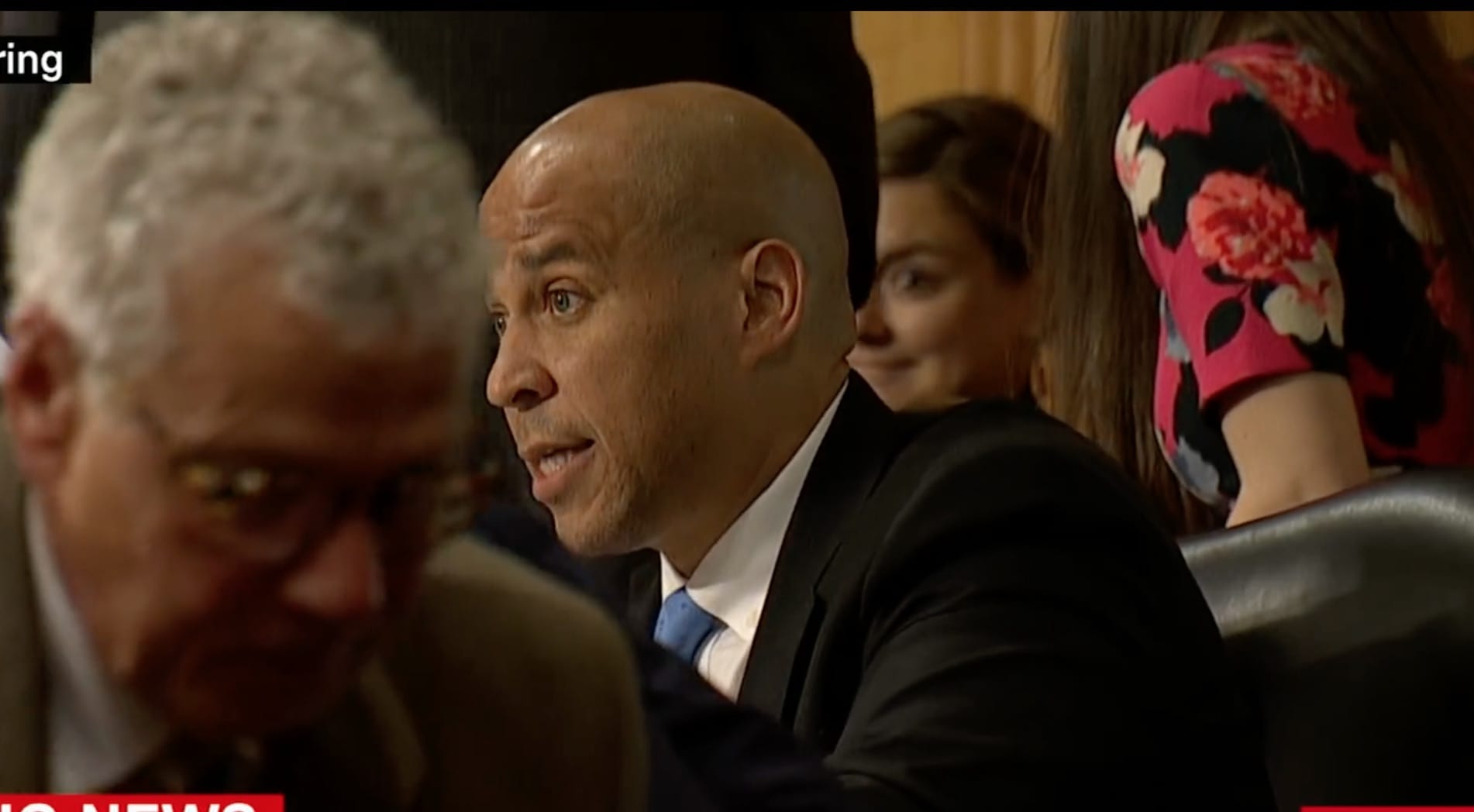 The Senate Judiciary Committee’s confirmation hearings for Supreme Court nominee Judge Brett Kavanaugh began with a series of embarrassing spectacles engineered by Leftists in and out of the Senate. Inside, Democratic Senators interrupted the proceedings at least 40 times in the first 40 minutes. Outside, protesters dressed as servile women from the execrable “The Handmaid’s Tale,” apparently to show that Kavanaugh’s appointment would lead women into some mythical dark age. The persistence of these antics suggests that this behavior represents the new normal for the Left. By the third day, presidential hopeful Sen. Cory Booker released committee confidential documents in violation of Senate rules.

To understand how something as nondescript as a congressional hearing became the setting for such ridiculous behavior, look no further than the Left’s own relationship with the judiciary, which extends more than 100 years. During the Progressive Era, leadings Progressives like Woodrow Wilson argued that the judiciary should be the supreme expositors of the Constitution.

This bore fruit in the doctrine of judicial supremacy, which is seen in cases like Cooper v. Aaron (1958) and U.S. v. Nixon (1974) both of which are serious, though common, misinterpretations of John Marshall’s opinion in Marbury v. Madison. Judicial supremacy is now almost universally accepted. When George W. Bush signed the Bipartisan Campaign Reform Act in 2002, he declared that he believed parts of the law to be unconstitutional, but that it was for the Court to decide. The doctrine of judicial supremacy means that the Supreme Court is all-important as a policymaking institution, massively inflating the importance of judicial appointments.

The overt attempt to harness the Supreme Court for explicitly political ends came a generation later, during the New Deal. Faced with a series of adverse Supreme Court decisions, which voided key legislation like the National Industrial Recovery Act and the Agricultural Adjustment Act, Franklin D. Roosevelt announced his intention to try to expand the size of the Supreme Court so that he could appoint enough New Dealers to overwhelm the Court’s conservatives. Though unsuccessful, it previewed the Left’s emphasis on controlling the Court as a means to controlling policy.

In the last 35 years, the Left’s politicization of the Court shifted into high gear. Ted Kennedy’s despicable treatment of Reagan nominee Judge Robert Bork shattered all precedent. Not since a Jeffersonian-controlled Congress attempted to impeach Samuel Chase at the beginning of the 19th century had a Supreme Court justice been attacked for ideological reasons, and never had it been done in such a vicious, personal manner. Although successful in the short term, the “borking” of Bork contained the seeds of future defeat.

A few years later, the Left set the seal on the pattern of behavior in their treatment of Judge Clarence Thomas. After trying to destroy Thomas personally, all but a few Democrats voted against the appointment, and he was only confirmed by a 52-48 margin. No longer would presidents of both parties be accorded broad deference on judicial nominations by senators of both parties. For the Left, at least, the judiciary had been fully politicized.

During the presidency of George W. Bush, Democrats in Congress employed Senate procedure to extend this politicization to the appellate courts. They filibustered “extreme” nominees like Miguel Estrada, and in some cases succeeded. Senate Republicans were on the brink of exercising the “nuclear option,” ending the filibuster for judicial appointees, when a compromise was reached that temporarily defused the crisis.

This truce, however, was short-lived. When Senate Republicans adopted the Democrats’ tactics, the Democrats, led by then-Majority Leader Harry Reid, D-NV, did in fact eliminate the filibuster for judicial nominations below the Supreme Court. This yielded a victory for the Left, as Obama and Reid were able to pack the nation’s second-most important court, the D.C. Circuit Court of Appeals, with their appointees. In doing so, however, they created the precedent that put them in their present situation.

When President Trump took office, he was immediately presented with the opportunity to appoint a Supreme Court justice, and he selected Judge Neil M. Gorsuch. To appease its activist base, and in spite of Gorsuch’s record, intellect, and temperament, Senate Democrats announced their intention to filibuster his nomination. Since past Democratic actions had shattered the aura of the filibuster, Republicans simply finished what Democrats had begun. The filibuster for Supreme Court justices was eliminated, and Gorsuch was confirmed.

We are now witnessing the wages of this imprudence. With his ties to Clinton-era special prosecutor Kenneth Starr and the Bush White House, Judge Kavanaugh could have been a more vulnerable target than Gorsuch. Moreover, the loss of Jeff Sessions’ Senate seat in Alabama has rendered the Republicans’ Senate majority as precarious as it could be at 51-49. A couple of Republican defections might have saved the filibuster and buried Kavanaugh’s nomination, but it is too late for that; the filibuster is dead. Their base demands action, as expressed in a letter from progressive activist groups to Senate Minority Leader Chuck Schumer, but they have no meaningful cards left to play. Instead we get embarrassing grandstanding and melodramatic cosplay.

This is the world the American Left has created. They developed the doctrine, which magnified the political importance of the judiciary. They politicized and personalized the Court and the appointment process. They made ideology the primary qualification for a judicial appointment. They shattered institutional norms and precedents in pursuit of victory. Republicans are now playing by the Left’s rules and winning. What we are seeing in Kavanuagh’s confirmation hearings is the visual manifestation of the Left’s impotence, for which they have only themselves to blame.

Kevin Portteus is Lawrence Fertig Professor of Politics and Director of American Studies at Hillsdale College.