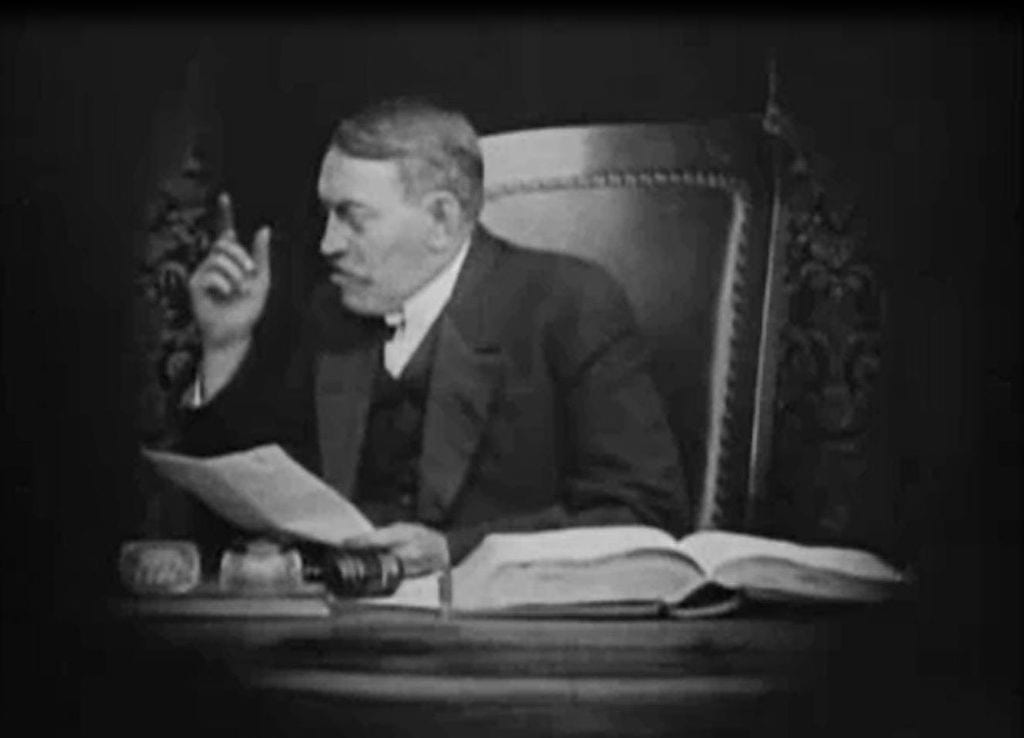 After hiring conservative writer Kevin Williamson in late March, Atlantic editor Jeffrey Goldberg had to immediately begin defending his choice to his staff and the public. Previous comments of Williamson’s about women who receive abortions (while definitely shocking and not in good taste) stirred up such hatred for the man that Goldberg fired him Thursday.

In a span of two weeks, the Atlantic’s actions went from commendable to deplorable. Apparently, Williamson’s unwillingness to fall in line with the liberal agenda — for his tenacity to have his own ideas and stand by them — is an unforgivable sin. But only, we can be sure, because those ideas are conservative ones. Would a liberal Atlantic writer such as Ta-Nehisi Coates be fired for tweeting something shocking? Doubtful. He’d probably be called “brave” (a favorite term for liberal media darlings).

In a letter to his staff explaining the decision to fire Williamson, Goldberg said it became clear to him that Williamson’s tweet about hanging women who receive abortions was not just a spur-of-the-moment, misguided missive, but that other comments Williamson has made prove he believes in what he said, and that someone with those ideas is not welcome at the Atlantic — despite the fact it is trying to be “a big-tent journalism organization at a time of national fracturing.”

Wouldn’t that mean welcoming writers from across the political spectrum? Indeed, in the initial memo Goldberg sent defending his hiring of Williamson, he wrote:

… I take very seriously the idea that The Atlantic should be a big tent for ideas and argument. It is my mission to make sure that we outdo our industry in achieving gender equality and racial diversity. It is also my job is to make sure that we are ideologically diverse. Diversity in all its forms makes us better journalists; it also opens us up to new audiences. I would love to have an Ideas section filled with libertarians, socialists, anarcho-pacifists and theocons, in addition to mainstream liberals and conservatives, all arguing with each other.

This move proves the Atlantic is all for intellectual diversity, as long as you don’t annoy anyone or get too conservative. If you do, you’re out. Other liberal publications have faced backlash for hiring conservatives, but have stood by their decisions, like the New York Times’ hiring of columnist Bret Stephens.

Goldberg’s decision was cowardly, and shows the Atlantic’s preference to bend to the cry of upset liberal readers rather than stand up for its own principles.

The Atlantic’s own website boasts a page detailing the magazine’s history and goals, which wouldn’t be eyebrow-raising, except for the decision its editor just made.

In a list of ideas that the page says serve as “authentic guiding commitments” is this:

Embrace a diversity of perspectives.

No story is ever complete, no argument is ever perfect, and debates worth having tend to shift and turn more than they end. So we can never rely on a single point of view, or even on a “balance” of two. Important ideas, observations, points, and counterpoints can come from anywhere — from across the political spectrum — so we have to look everywhere for them.

The hiring of Kevin Williamson reflects this goal — the firing shatters it. How can you print important ideas from across the political spectrum if the first time you’re confronted with resistance to a new idea, you boot the person who espouses it?

The Atlantic’s commitment to diversity and tolerance for ideas goes only so far.

Conservative writers everywhere have learned one thing from this debacle: no matter how good a reporter or writer you are, no matter how unique or unconventional your views, you’re only allowed to join the club if those views are of a certain variety and you are willing to play the game.

Williamson’s comments about women who procure abortions were not in good taste, and many conservatives would balk at them. But does that mean he shouldn’t be allowed to write for a popular magazine? Does one “extreme” opinion erase his clear talent as a reporter and writer?

A favorite former professor of mine, known for his irreverence (and brilliance), used to often quip: “I’ve got principles. And if you don’t like them, I’ve got other principles.” It’s funny… until it’s not.

Maria Servold is the Assistant Director of the Dow Journalism Program at Hillsdale College, of which is also an alumna. She is a mother, and also writes for the Federalist and the Detroit News.