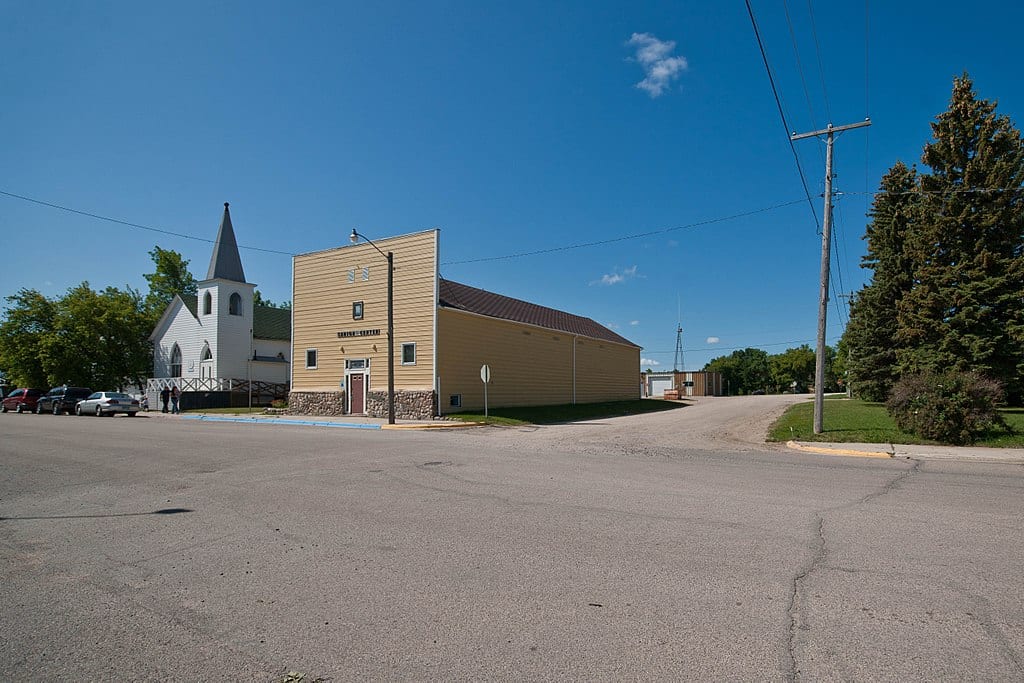 Time was when the largest concentrations of Catholics in the country were in the big cities — New York, Boston, Philadelphia, Chicago, Los Angeles. It’s said that in Boston, for example, if the cardinal spoke out against a particular issue that was coming before the legislature, the bill went down in flames. Because most of the guys in the State House were Catholic. Of course, those days are over (for a lot of reasons), among them the diaspora of urban Catholics to the suburbs.

So, the Center for Applied Research in the Apostolate, better known as CARA, located at Georgetown University, asked itself the question, “These days, where do Catholics make up the highest concentration of the population?” That’s a tough one, but CARA is renowned for the accuracy of its statistical studies. And the winner is… Rolette County, North Dakota.

In my conversation via email with Msgr. Joseph P. Goering, Vicar General and Vicar for Clergy of the Diocese of Fargo (Rolette lies within the jurisdiction of the diocese), he said, “Statistically, it is true that there is a large Catholic population in Rolette County. St. Michael’s Indian Mission, and associated parishes have quite a few Catholics…. But it would not be accurate to describe the church attendance or participation as significantly higher than elsewhere in our diocese.”

Which is an interesting point. Just because a person is baptized Catholic is no guarantee that he or she will be at Mass on Sunday.

Msgr. Goering very kindly directed me to CARA’s explanation of the stats for Catholicville (their name for it — which I like and lifted for the headline).

The folks at CARA admitted that Rolette County came as a surprise even to them, but added, “This is CARA so we have to go where the data lead us rather than rely on anecdote, history, or tradition.”

Their criteria were locations where “Catholic adherents” (meaning people who are affiliated in some way with a parish) make up at least two-thirds of the population. Rolette County is situated within the Turtle Mountain Indian Reservation of the Chippewa tribe. The reservation sprawls across 22 counties in North Dakota, South Dakota, and Montana. Rolette County is the capital, you might say. CARA found that it is not unusual for Catholics who live in one place to travel to another for Mass or some other sacred event, such as a pilgrimage. So, a Chippewa family might live within the boundaries of St. Peter’s parish in Montana, but prefer to drive to St. Michael’s in Rolette County to attend Mass.

This seems a likely explanation. And also explains an astonishing statistic: out of a total population of 13,937 in Rolette County, 13,931 identified themselves as Catholic. Not an absolute 100 percent, but damned close to it. The missionaries who brought the Catholic faith to the Chippewa would be thrilled.

CARA backed up Msgr. Goering’s observation about religious identification and religious practice. “Having a population that is mostly Catholic in an area is one thing,” the report says. “What they are doing matters as well in determining where Catholicville might be.” To offer a personal, anecdotal example, ask my mother and father what is their religion and they will answer, “Catholic.” This, in spite of the fact that they haven’t gone to weekly Mass in decades.

It is a fascinating study, not only because it charts which community has the largest Catholic population, but because it also reveals the dramatic shift in practicing Catholics from, say, our grandparents’ generation. So, America’s Rome is Rolette County, North Dakota.