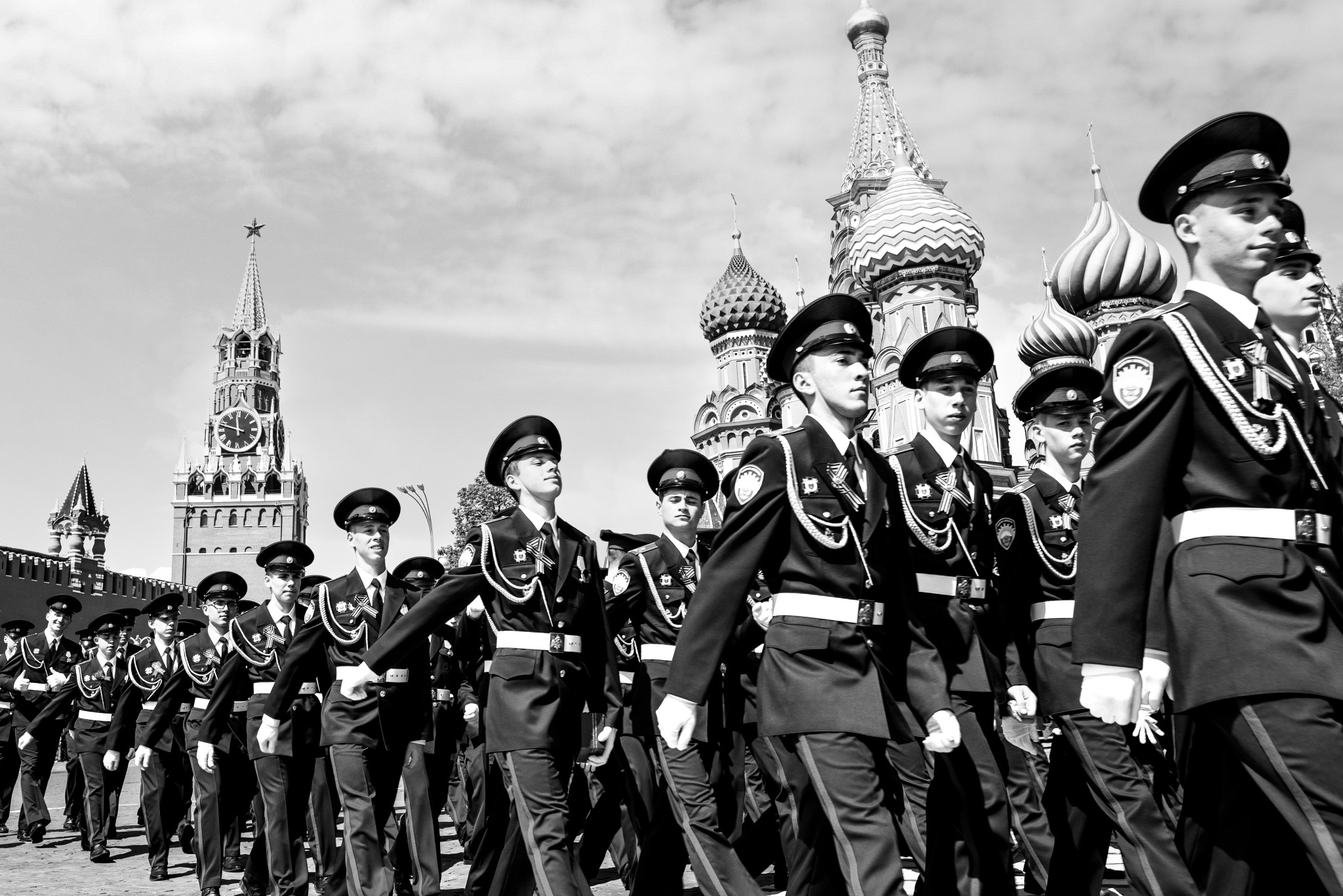 In 1946, diplomat and scholar George Kennan wrote a document that woke up the American government to the need to resist Russian post-war expansion.

For more than three years, Soviet leader Joseph Stalin had been the vital ally of America and Britain against Nazi Germany. The Soviet military, with help from the frigid climate, absorbed the fierce blows of Hitler’s million-man invasion force, brought its momentum to a stop, turned the tide at hellish cost at Stalingrad, and eventually smashed its way into Berlin. Stalin, FDR, and Churchill were the Big Three who together led the Allies to victory.

The good vibes America gave to Stalin predated World War II. Even at the height of the terror he inflicted on his country, there had been a strange admiration for Stalin in high places in America. Walter Duranty of the New York Times wrote as if he were Stalin’s PR flak. When Stalin starved millions of prosperous Ukrainian farmers to achieve his preferred method of collectivized farming, Duranty covered it up, and when the truth was reported by English journalist Malcolm Muggeridge, Duranty and the Times used their reputation to try to label him as a liar. When Stalin tortured men he imagined to be his political rivals and paraded them before the public in ghastly show trials before executing them, Duranty called the procedures legitimate. Millions of Russians were rounded up and enslaved across Siberia in the Gulag Archipelago, but Duranty looked the other way. If the paper of record printed Duranty and even helped him get a Pulitzer for his shameful work, there was plenty of cover for admirers of ever more centralized power to say a good word or two about Uncle Joe.

In 1946, America was flush with victory, sick of war and its horrible cost, and ready for peace. Very few wanted to see Stalin as our enemy.

But in 1946, in a major speech, Stalin had spoken in a troubling way, expressing a paranoid hostility towards his former allies. Although former vice president and soon-to-be presidential candidate Henry Wallace preached that the way forward was to mollify Stalin and comply with his demands, most others felt uneasy. Someone in the Truman administration sought the input of the scholarly and experienced George Kennan and asked for his take on Stalin’s speech.

Kennan responded from his embassy post in Moscow by sending a telegram of nearly 6,000 words, known now as the Long Telegram. In it, he made a powerful case that Russia had expansionist designs that would not stop unless America firmly opposed them and committed itself to containing Russian expansion.

Kennan did not see communism as the main issue. Russian leaders had always been despots. Marxist ideology was useful in the service of this new despotism. But the age-old way of Russia long before communism was to suppress its people within and to use its military to conquer and expand.

Kennan wrote: “[At the] bottom of the Kremlin’s neurotic view of world affairs is the traditional and instinctive Russian sense of insecurity.”

His message was that Russia did not intend to coexist peacefully with the West, and it would seek all means of disrupting our ability to oppose them. The Kremlin believed, Kennan wrote, that “It is desirable and necessary that the internal harmony of our society be disrupted, our traditional way of life destroyed, [and] the international authority of our state broken.”

We would be wise, thought Kennan, to see the main enemy as just the old despotism in a new costume. He wrote that the Soviets “are only the last of a long succession of cruel and wasteful Russian rulers who have relentlessly forced their country on to ever new heights of military power in order to guarantee external security for their internally weak regimes.”

Kennan lived a long life and saw the peaceful overthrow of the Soviet dictatorship in 1989. He sincerely believed that it represented a permanent change. He did not foresee Putin’s turn to despotism and his ability to completely undermine the new democracy Kennan had celebrated.

That vision of Kennan’s may have failed, but the words of his Long Telegram still ring true. And perhaps no one proves the continuity of Russian despotism more than Putin. From Grozny to Aleppo to the cities of Ukraine, he has turned to the rule of power over the rule of law, both within his country and without, combining crushing force with an utter contempt of any kind of constitution that would limit his powers in the slightest.

But despotism is not the only force at work in human affairs. The force of constitutional popular government has a history, too. True, it regularly gets in trouble, runs afoul of its own ideals, acts foolishly or fecklessly in the face of real dangers, and, yes, its leaders are just as susceptible to corruption and the intoxication of power as any other human being.

But it is already clear that even when free governments are at their worst, as some have been of late, the power of their institutions is still more resilient and stronger than despotism.

The war isn’t over in Ukraine, but Putin has been humiliated. He may very well still have horrors up his sleeve. He is not a man to take humiliation lightly. Yet his options have clearly narrowed and the carefully cultivated sense of his being a superman has been blown apart.

As Churchill soberly declared after the turning point battle of El Alamein, “This is not the end, this is not even the beginning of the end, this is just perhaps the end of the beginning.” The end game in Ukraine is still not clear. And Xi lurks, looking for his main chance to take Taiwan and break the American order for good. A weak and corrupt president, indebted to China for enriching his family, seemed to hold the door open. But now, perhaps, not so much; the man at the top has seemed nearly irrelevant and perhaps the canny Xi has been given pause by the fierceness of people’s love of freedom.

Had Putin succeeded in humiliating Ukraine and American power, no doubt Xi would have followed suit, sealing forever American decline and a new world order.

But a different breeze has been blowing, unexpected and fresh, filled with the mysterious strength of what for better or worse we call democracy.

It has often been blocked or frustrated. But now, even with the weakest of leaders, it is showing that its strength is not centered in those who have grasped its offices. Its order is centered in the people themselves who cherish the constitutions by which they assert their right to govern themselves and so realize the Godly image that constantly calls us to transcend every evil.

This will not be denied. Despots can only delay it. The people, ever surer of who they are, will not grant them final victory. Through whatever trials they must withstand, they seek the blessings of the God who told Pharaoh to let His people go so that they might serve Him.

In that service, we serve each other. Joined in common cause, we will see democracy heal itself, shake off the corruptions that have made it vulnerable, and forge a new, cleansed union of free peoples, united in victory. Then Kennan’s dream of a Russia transformed and joined with the world in freedom will have come true.