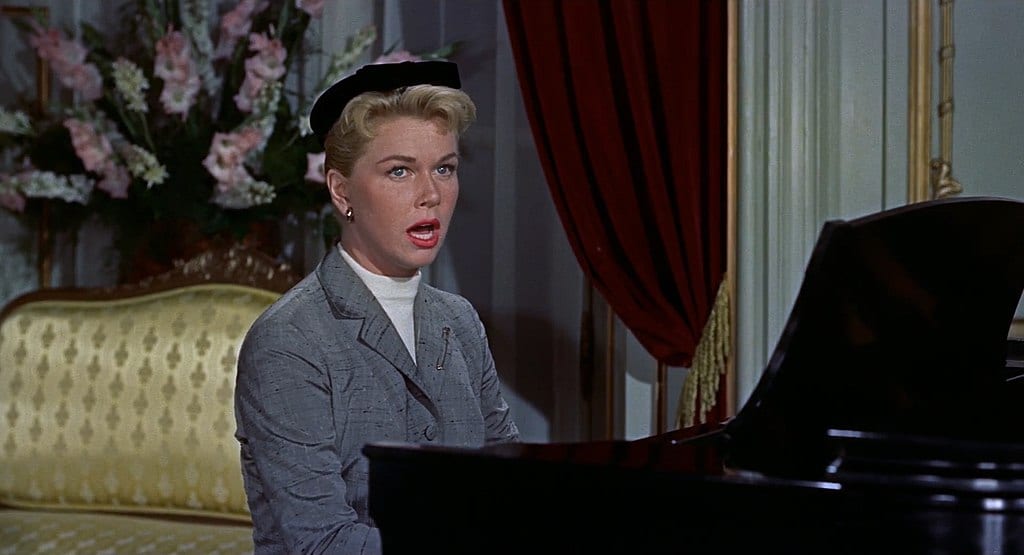 It’s a funny thing about “culture.” It changes.

That’s because people die and new ones get born, and along the way Things happen: events of one kind and another; wars, elections, recessions, new inventions. The so-called “culture” bounces off these various events in surprising ways.

Which is another way of saying, I don’t think Doris Day —sad to say, the late Doris Day — would make it in today’s culture; the culture of Lady Gaga and the “Avengers” series and let us not forget (as if the media would allow it) “Game of Thrones,” to whose coming demise the front page of, yes, the Wall Street Journal pointed us on the day Ms. Day’s own demise made the news.

There is always a breathless quality to cultural change and to sheer newness. Doris Day once was new — a big band singer in the year of grace 1945, when Bernie Sanders and I were tricycling around our respective communities. She went on to artistic heights on the basis of her goshdarn niceness and freshness. Not excluding her rich talent, obviously; but niceness was her calling card. You had to like, if not love, her; she compelled it. Any notion of Doris Day cavorting in the manner film directors now prescribe as normative — well, there wasn’t any such notion. She retired before such notions took hold.

Cultural lookbacks are inherently dangerous, in that they can lead to accusations of embarrassing fixation on the often mythological beauty of the past. Certainly any lookback at the 1950s, for refreshment of memories concerning Doris Day’s hold on the general public, involves contrasting those times with our own. I think we would agree “niceness” is not the conspicuous feature of today’s culture. Donald Trump’s most fervent supporters would not call him nice. Nor would the president’s most fervent adversaries call Speaker Pelosi especially sweet; still less so House Judiciary Chairman Jerry Nadler.

Never an especially kind and generous calling, politics seems in the 2000s to paddle about in human bile. We can accept the necessities of political warfare, and the reality of cultural fragmentation, while yearning for some higher, more generous forms of behavior. Maybe the kind we entertained when Doris Day was a big hit: someone (leave out the sexual innuendoes) you’d enjoy just being around the house with.

There aren’t so many people today whom modern Americans enjoy being around, in reality or prospect. Anger and resentment are two of our foremost emotions — the consequence, likely, of the new public mood, wherein my way is the way that counts; as for yours, well, just keep your distance, huh?

For such an era, such a time, Donald Trump may be the inevitable president — the inveigher, the dogmatist, the tweeter-in-chief, laying down the law, for the benefit of those who care to agree with him. A Democratic presidency might not be so different. Telling off those who told you off previously strikes me as a potentially enslaving habit.

The Doris Day era — which I recall keenly — wasn’t perfect by any means. Is any era perfect? There would never be growth, if so. The thing about the Doris Day era that should remind us of Doris’ entitlement to significant news coverage, is its general — I say general, not total — lack of personal rancor or contempt for the otherwise-minded: meaning those yahoos who don’t agree with me! Even Republicans and Democrats kind of, sort of, got along. That was in part, I think, because government in the Doris Day era mattered much less than today, and cost less: offering fewer occasions for dispute.

There was anyway little sense back then, as I recall the matter, of basic decencies being interred, then patted down with a shovel. There were distinct feelings of commonality. Of niceness, if you please — friendly; peaceable, by contrast with the rancor and hell-raising of the ’60s, ’70s, and beyond.

I do not suggest that a certain golden-voiced singer caused it. I say she was of it.

William Murchison is writing a book on cultural restoration in the 21st century.