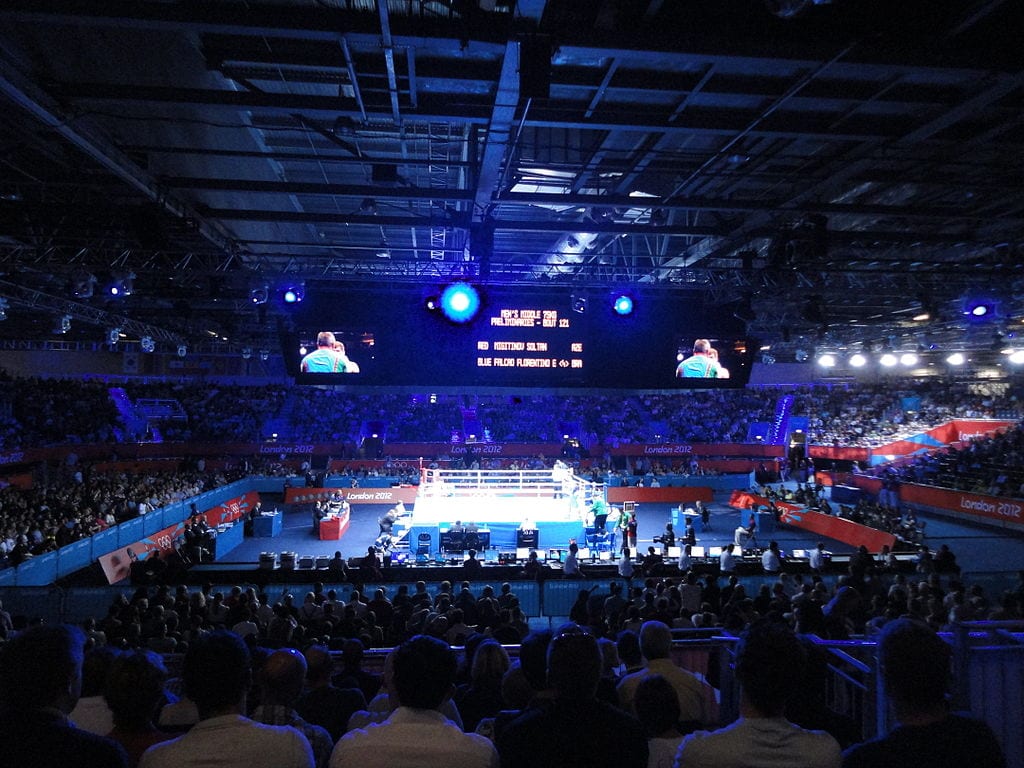 I can still picture the scene as the heavyweight champ looked into the eyes of his most formidable opponent to date as they stood in the ring preparing for what some were already calling “the Showdown.”

Before I tell you what happened next, a little about how he got there:

The champ had stunned the boxing world, scoring repeated victories by knockout, often in very early rounds, against fighters favored by almost all the bookies. Cleveland and Las Vegas were notable wins on his path to becoming champ; along the way he survived a bout in Houston that might have ended a lesser fighter’s career. A TKO of a highly favored and vastly more experienced opponent on a fateful November day gave him the heavyweight belt. (I don’t recall where that fight was…I think it was in Pennsylvania but it might have been in Michigan.)

These victories came despite (or, alternatively, because of) his unorthodox style which included not only a brutal left uppercut that seemed to come out of nowhere (along with almost juvenile pre-fight insults that seemed to rattle some opponents) but also turning pro later in life than most and serving as his own manager and sometimes even his own coach, using lessons learned from other sports as keystones of his training. (Much as we see some great NFL receivers who spent years playing basketball.)

But despite adoring fans and endless media coverage mostly negative notwithstanding his success (maybe it was his color, some wondered) — large numbers of boxing fans didn’t believe he could continue his stunningly triumphant reign, in part because they still didn’t understand how he triumphed in the first place.

In fact, he had had a fairly successful career, both athletically and financially, playing football — including nabbing some high-profile endorsements (though they weren’t always for high-quality products) — before going into the ring. But many poo-pooed those achievements as well, in part because his father owned the first team that hired him after he went undrafted. And then there was that secret tape recording…

Still, his fans, almost cult-like in their loyalty, didn’t understand why he didn’t get more respect. And his anti-fans, almost cult-like in their disdain (much like the way rational Americans feel about the Oakland Raiders), didn’t understand why he got any respect at all. If the latter group got to him, he didn’t let it show too often, with the exception of his never-ending criticism for the sports media who, he thought (with some justification), would never cut him an even break even though true students of the sport could not help but admire his unlikely but indisputable success.

The boxing powers-that-be, in part to try to dislodge a champ they never really thought was “one of ours” and in part to generate maximum ratings for what they hoped would be one of the great, or at least highest-rated, fights in history, brought back a prior champ to take him on. But there was a twist. The opponent was a woman. As tough and nasty as any guy in the ring, but a woman nonetheless; she was from San Francisco, an embarrassment of a city which once had a strong fighting spirit — a spirit she hoped to rekindle at least for one fight.

Six years older than the reigning champ, and with immeasurably more experience, she had lain low for a few years but stayed in shape and saw this fight as her chance to prove two things once and for all: that she was the true great fighter, and that the man wearing the champion’s belt today was a fraud who didn’t even belong in the sport.

The champ recognized the formidable challenge but also felt confident that his unusual, indeed unique, style was something that this challenger in particular, with so many years of training exactly the same way that everyone else (including the losers in Cleveland and Las Vegas, among many others) had trained, would see him raising his arms in victory, defending his title, yet again. In truth, this challenger had won victories against strong opponents using many fighting styles, whereas the champion really only had one style — but one that hadn’t failed him yet.

The time came for the pre-fight weigh-in and that faux-dramatic moment when the fighters stand face to face, glaring at each other, as if either is afraid, which neither was at that moment, both supremely confident of their skills.

The champ had a pre-fight habit, which he no doubt learned in his football days, of slapping himself on the side of the head before a fight. Obviously, it’s safer (at least for your head, if not your hand) when wearing a football helmet. He seemed to think it would get his adrenaline going, and perhaps he also saw it as just another little thing to intimidate his opponent.

Boxing historians are already debating what got into him but, as the champ was face to face with the challenger, surrounded by TV cameras, about to begin what almost everyone (with the exception of the champ himself) thought would be one of the toughest fights of his career, instead of a dramatic but basically insignificant head slap, he unleashed a furious and utterly unexpected jab, his right fist landing with a heavy thud — on the side of his own head.

The assembled officials as well as the television audience were stunned. His fans said, “See that’s just how tough he is!” His detractors said, “He just nearly knocked himself out. Now the challenger just has to finish him off.” Sports reporters said, “WTF?!?” His opponent could barely keep the smile off her own face.

A writer who used to work in politics, and was available just to explain a possibly-too-subtle metaphor, posted online: “What the champion just did was as dumb as a politician who proactively takes the political blame for government failure and tells the other party that whatever happens next will be his fault…not that I’ve ever seen a politician, even a new one, make such a monumental blunder. In any case, he’s going to be staggering right out of the gate.”

And so the fighters went to their corners, the champ in the red corner, the challenger in the blue. The bell rang; the Showdown was on. The champion’s fans, wearing their traditional red hats, were shouting, “Shut her down! Shut her down!”

One thing was clear from the start: The huge self-inflicted blow to the champion’s head had changed everything. The challenger, known for starting slowly and often winning in 15-round decisions, came out far more aggressively than she ever had before, probing for weaknesses in the somewhat confused champ. But the underlying dynamics of the fight — of all of the champion’s fights — remained in place: using traditional attacks simply wasn’t very effective against his atypical fighting style.

It wasn’t exactly rope-a-dope by the champ but it was in the same family, maybe more like a football defensive lineman’s strategy of letting an over-aggressive rusher get through so fast that he rushes past the quarterback; again, those lessons from his previous career. And it was working. The challenger’s rapid-fire jabs, which had felled others, flew past the champ’s ears, barely ruffling his Aqua Net-laden hair.

One thing almost everyone agreed on, however: Given how much the champ had hurt himself before the fight, if he wasn’t going to be beaten quickly, he might not be beaten at all. Viewers settled in for a long and bloody, yet surprisingly boring, bout, the likely end of which would see a bloody chin stitched closed, eyes swollen shut, and a split decision that would leave nobody satisfied except perhaps the promoters who, just four rounds in, were already thinking about the rematch.