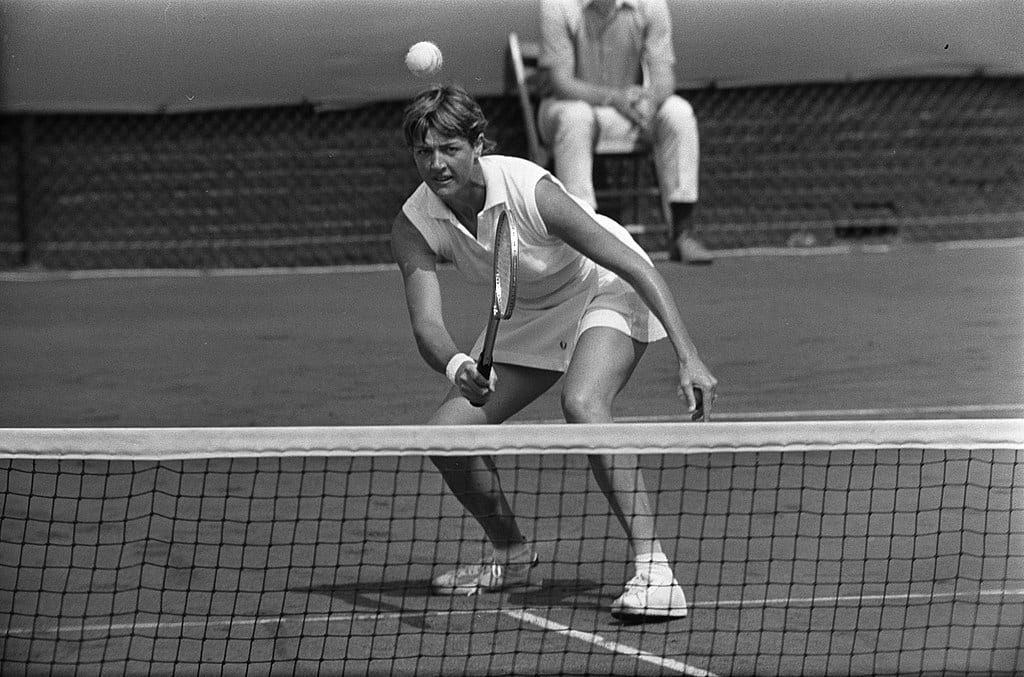 Although many tennis players achieved substantial wealth in 2019, it is unlikely Margaret Court will get big bucks for endorsing Nike apparel. She likely will not even be asked to endorse it.

The Australian tennis legend will be honored next month for an achievement that has stood the test of time. 2020 marks the semi-centenary of her Grand Slam.

The Grand Slam is when you win them all in the same year. Her compatriot Rod Laver is the last man to have done it, the year before she did.

However, Tennis Australia (their USTA) indicated that she does not speak for “many” in “our community,” meaning pro tennis.

“As often stated,” stated an anonymous official of the renowned organization, “Tennis Australia does not agree with Margaret’s personal views, which have demeaned and hurt many in our community over a number of years.

“They do not align with our values of equality, diversity and inclusion.”

Mrs. Court (nee Smith), since leaving the tennis tour has been a preacher in a Christian church in Perth and as such, she studies the Bible. She finds no support in her favorite reading for nonjudgmental bathrooms and certain other artifacts of 2020-style diversity. She has preached against same-sex marriage, which is legal in Australia, and considers it wrong to let children choose, you know, the T in that term describing a non-biological gender.

Born in 1942 and reaching her prime during the glory days of Australian tennis, Mrs. Court won more tournaments than anyone remembers, but her dominance of the ladies’ singles circuit, peaking with her Grand Slam, has made her as well known to the ordinary sports observer as Dawn Fraser, the Australian swimming star, five years her senior. She is nearly as famous as Warren Spahn, though maybe not nearly as famous as another Immortal who does not hide his religious faith, Mariano Rivera.

(Rod Laver was born in ’38, Roy Emerson in ’36, Ken Rosewall in ’34; Evonne Goolagong Cawley, born in ’51, is the baby of that fantastic Aussie sports generation.)

Margaret Court won the Australian Open in singles 11 times, and she won three Slams, Australia, France, and U.S., as a mom. Called “the Arm” due to her aggressive serve-and-volley game, in another job she might have been called “the Hammer.” But that is a nickname usually reserved for soldiers, as in Judah Maccabee, whose deeds we recently celebrated, or Charles Martel, whose deeds, though I have not checked, may have been banned from French history books due to their misalignment with certain fashionable values.

What a tennis player, or any other athlete, says outside the court, the stadium, or the ring is, one may gauge, of legitimate concern to the governing bodies of their sports to the extent that with glory and fame come certain responsibilities, including civic civility, providing models for no talents like me and children, and so forth. And, no doubt, many athletes take these responsibilities seriously. Ted Williams could be of brusque manner and rough language, but he was a patriot who gave up professional years for pilot duty in the Pacific and Korean wars. (He complained, but what could be more American?) Indeed, it is striking how many sports and entertainment pros up until about 1960 were determined to show their patriotic mettle in the military, e.g. such stars as Elvis Presley, Jimmy Stewart. and Glenn Ford, as well as the director John Ford and many others.)

In the tennis world, many of the top earning players of the Open era have given generously to various causes, typically establishing and sustaining foundations to build and sustain sports-and-school academies. Andre Agassi has been particularly active in this sort of endeavor, as have Venus and Serena Williams.

Thus we see that notwithstanding $20 hot dogs and expensive team apparel made by slaves in China, pro sports need not be derided as pure greed and “bread and circuses” for the masses. Greed is not exactly a virtue, but it is not the worst of vices, either, and when you consider such works of high art as Requiem for a Heavyweight, or The Harder They Fall, or Bang the Drum Slowly, you know that greed in sports can be as complicated a motivation as the thrill of winning and is not always about money. Life is rarely — what is the idiom? — black and white.

I do not expect to make it to Melbourne this year any more than I did last year or the year before or the year before or, etc., because due to, precisely, an insufficient instinct for greed; but I have other qualities I suppose and there is always the hope that someone will anonymously drop off an appropriately stuffed brown paper bag at the TAS office with a simple note, “Send him to Australia to cheer her.” This is not a crowd-funding ad, but hurry up, the Open begins on January 20.

As to the great lady, I do not think she crossed any lines. It is an excellent civic lesson and a fine model for young people to see an aged, still vigorous and sharp woman speak her mind, fearlessly and — but who am I to say — righteously.