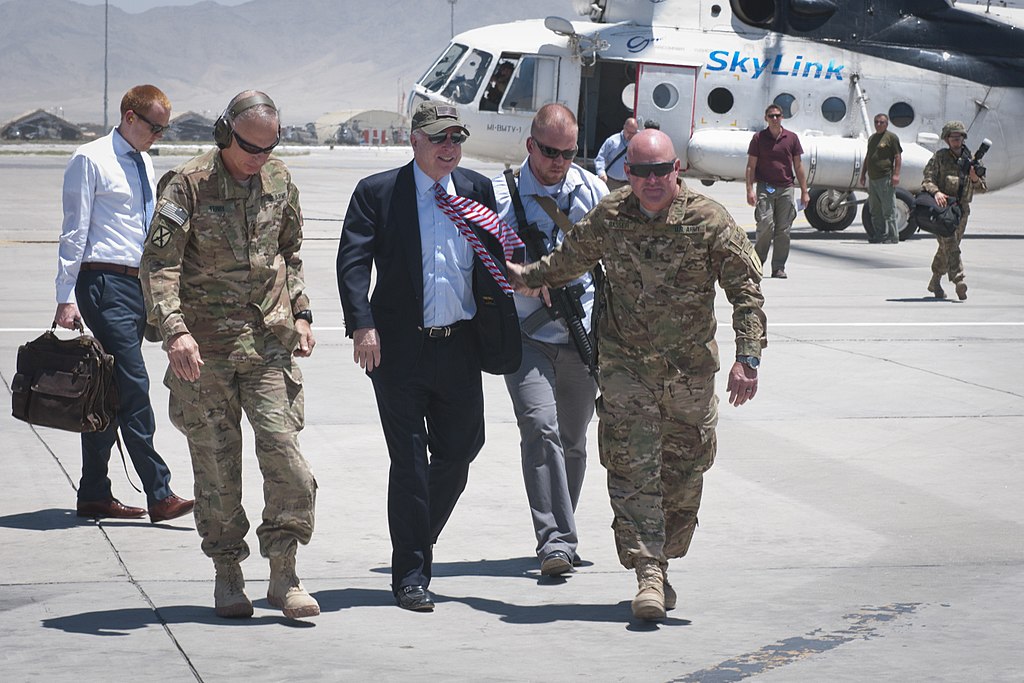 For the 20th anniversary of September 11, 2001, the Taliban flag will fly over Kabul. It is shocking to behold. This is not what anyone expected in November 2001, when U.S. troops removed the Taliban after a five-year period when it brutally ran the nation and suppressed its people. But now, the Taliban is back, remarkably with even more control of more territory than it possessed on September 11, 2001.

That tragic reality is a direct consequence of removing a very small but highly successful contingent of American counter-terrorism and counter-insurgency troops (i.e., as opposed to “combat troops”) that have done commendable work keeping peace in recent months and years. Prior to last week’s deadly suicide-bomber attack, it had been 18 months since a U.S. soldier had been killed in Afghanistan. Our troops had served as, in effect, peacekeepers — keeping the lid on a volatile situation which, since the fall of 2001, had the effect not of “winning a war” in Afghanistan but of preventing another 9/11. The goal was to remain on the ground to prevent the Muslim nation from again becoming a hornet’s nest of radical Islamist groups that could gather and organize against the United States, as it had been under the Taliban from 1996 to 2001, when Osama bin Laden and friends plotted just that. The objective was to reach a level of sustained stability in this hot zone, to prevent a Taliban return to power that would again allow terrorists to find safe haven to plan against America. Our troops would naturally remain there for decades to come, as they have in South Korea, Japan, the Philippines, and Germany for over 70 years.

One person who understood that thinking well was the late senator from Arizona, John McCain. For the record, I’ve never been a McCain cheerleader, but his warnings were prescient. They are worth underscoring here, especially in light of an almost eerie Kamala Harris visit to a McCain memorial in Hanoi last week.

“Madam President, I rise to discuss my opposition to the pending vote concerning Mr. Anthony ‘Tony’ Blinken, who is not only unqualified, but, in fact, in my view, one of the worst selections of a very bad lot that this president has chosen,” McCain said of Obama’s nominee, who at the time was Obama’s deputy national security advisor. “I hope that many of my colleagues will understand that not often do I come to the floor to oppose a nomination of the president of the United States because I believe that elections have consequences.” McCain was doing so because it was an imperative: “In this case, this individual has actually been dangerous to America and to the young men and women who are fighting and serving it.” Specifically, McCain feared that Blinken would push for a complete withdrawal of U.S. troops from Afghanistan, leading to a “replay” of what had happened in Iraq when Obama withdrew U.S. troops there, creating the devastating conditions for ISIS to rise and take over. That’s the very same ISIS, not coincidentally, now revived in Afghanistan, and which orchestrated the deadly suicide bombing against our Marines last week.

“I’ll move on to Afghanistan,” McCain continued. “Mr. Blinken said, ‘We’ve been very clear, we’ve been consistent. The war will be concluded by the end of 2014. We have a timetable and that timetable will not change.’ This is why I’m so worried about him being in the position that he’s in because if they stick to that timetable, I am telling my colleagues that we will see the replay of Iraq all over again. We must leave a stabilizing force behind of a few thousand troops or we will see again what we saw in Iraq.”

That was precisely what we had left in place in Afghanistan: a stabilizing force of a few thousand troops. It was working, until those troops were removed — by Blinken, by Biden, and also by Vice President Kamala Harris, who advocated for and counseled Biden on that withdrawal.

Thus, it was with great irony that Kamala Harris just happened to be in Vietnam on August 25 visiting a monument to John McCain on the three-year anniversary of his death. She laid flowers at the memorial site in Hanoi where McCain had been shot down in 1967 by the North Vietnamese.

One of the few sources to report on the visit was FoxNews.com, which stated that Harris was in Vietnam and Singapore “to reaffirm the U.S.’s commitment to the region and counter China’s influence there.” One wonders how reassured those allies felt, given the fiasco the Biden administration allowed in Afghanistan. The Fox report added: “Her visit falls against the backdrop of the U.S. military’s frantic effort to evacuate people from Afghanistan amid the Taliban’s takeover that occurred as Biden ordered troops withdrawn.”

It sure did. But there was a deeper backdrop. Not mentioned in this Fox report was the striking irony of Harris paying tribute to McCain in light of his prophetic warnings about the likes of Blinken and premature pullouts in places like Iraq and Afghanistan.

John McCain knew well the lessons of Vietnam. He remembered painfully those images of the fall of Saigon. Those images were echoed in a frightening way in Kabul just before Kamala Harris’s visit to Hanoi, with Afghans hanging on not to a helicopter about to lift off but to a C-17 that had launched into the air, only to drop off and plummet to their death.

John McCain’s ghost was there in Kabul this past week as the final U.S. soldier, Maj. Gen. Chris Donahue of the 82nd Airborne, left Afghanistan. And now, with the Taliban back, Afghanistan is again poised to become what it was on September 11, 2001.

Paul Kengor
Follow Their Stories:
View More
Paul Kengor is professor of political science at Grove City College in Grove City, Pa., and senior academic fellow at the Center for Vision & Values. Dr. Kengor is author of over a dozen books, including A Pope and a President: John Paul II, Ronald Reagan, and the Extraordinary Untold Story of the 20th Century, The Politically Incorrect Guide to Communism, and Dupes: How America’s Adversaries Have Manipulated Progressives for a Century.
Most Popular
1
Political Hay
McConnell Gets Burned After Trying to Compromise With Democrats on Electoral Count Act
by Ali Alexander