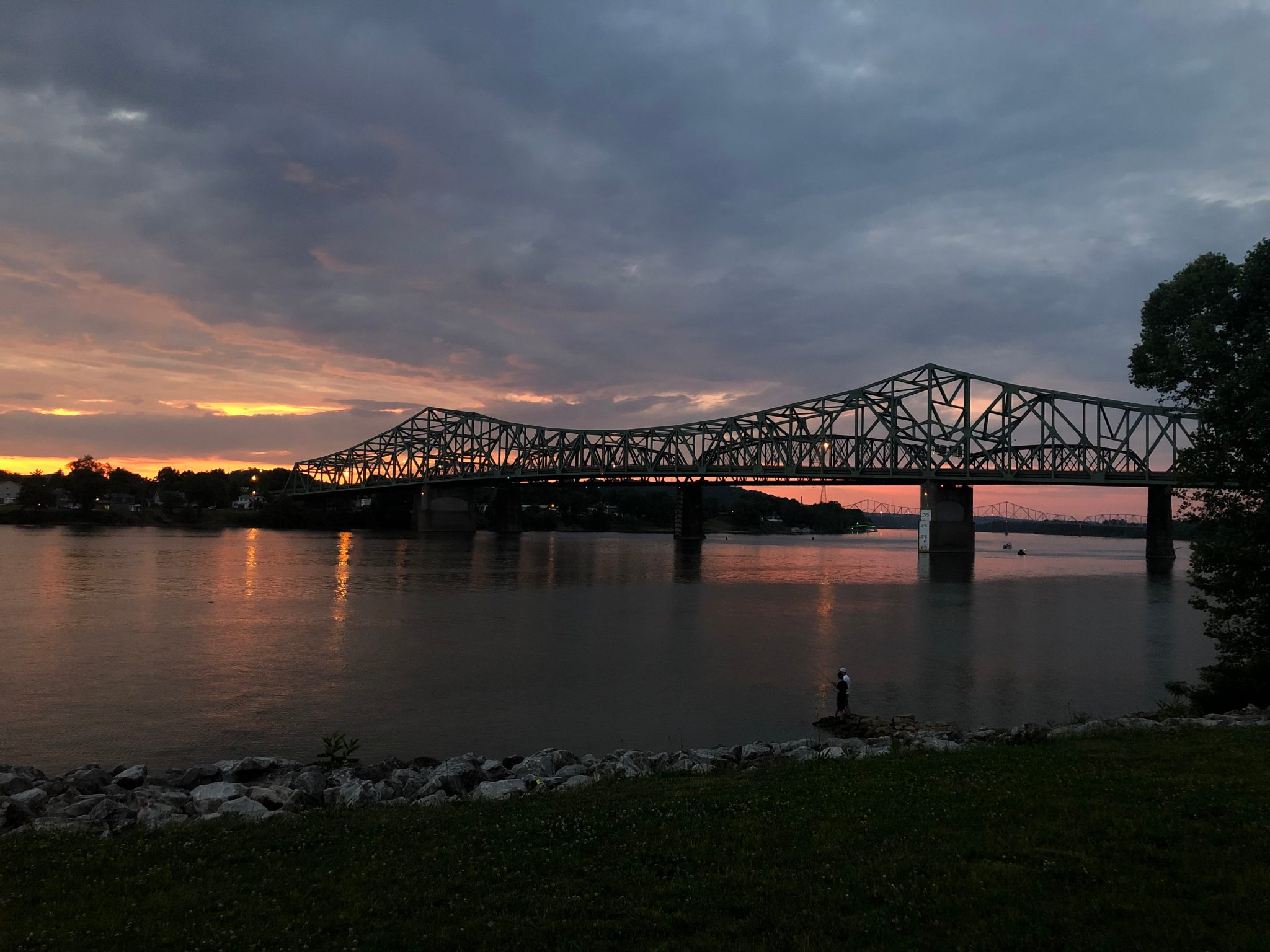 It addresses the new film Dark Waters, which I have not seen. It also discusses the underlying legal case on which the film was based. That, I am intimately familiar with, as I have reported on that case and related cases for several years.

Dark Waters is based on litigation spearheaded by Robert Bilott, the attorney who waged a two-decade battle against chemical giant DuPont regarding contamination of several municipal water systems around Parkersburg, West Virginia.

Toloczko lumped Bilott into the category of “greedy trial lawyers.” When this saga began, Bilott was a young partner at Ohio’s venerable Taft Law firm. More than a century old, Taft is as far as possible from the stereotyped image of a bunch of strip mall attorneys chasing slip-and-fall cases. Taft’s bread and butter has been as counsel to large businesses and corporations — the antithesis of a trial attorney practice. Bilott took the case as a favor for a family friend.

Toloczko implies the class of per- and polyfluoroalkyl substances (PFAS) chemicals as an “either-or.” Either they are good or they are bad — a rather simplistic approach to an issue that is not so simple.

There are approximately 5,000 PFAS chemicals, one of which was the focus of the Parkersburg legal case. Perfluorooctanoic acid (PFOA) was a chemical developed by 3M that came into widespread use after World War II. PFOA has been used by 3M, DuPont, and others to manufacture virtually anything that has an oil- or water-repellant or non-stick surface, including cookware, clothing, footwear, furniture, carpeting, household cleaners, fast-food containers, microwave popcorn bags, and cosmetics, to name a few. DuPont’s Teflon was perhaps the most well-known and financially lucrative product.

Indeed, PFOA was a wonder chemical that was used in the production of thousands, if not tens of thousands, of consumer products. Unfortunately, there was a side effect. PFOA is persistent, and it bioaccumulates. In other words, it’s a chemical that doesn’t go away — it’s not biodegradable — and it can’t be flushed from a person’s body due to the chemical’s carbon-fluorine bond that attaches to protein cells. It’s called the “forever chemical.”

Since I began reporting on this in late 2015, I’ve interviewed dozens of MDs, PhDs, chemists, epidemiologists, researchers, and victims. I have several file boxes of scientific studies and medical reports I spent months scouring. But the granddaddy of all PFOA studies is the C8 Science Panel.

That simply named panel is the largest epidemiological health study ever conducted. After the initial Parkersburg court victory, the plaintiffs did something remarkable. Rather than pocket the $70 million payout from DuPont, they — with the cooperation of DuPont — used the funds to establish a health panel to determine if there was scientific evidence of a connection between PFOA exposure and any diseases.

In order to be statistically significant, the panel would need about 15,000 participants. It was a Herculean task. It’s presumed that DuPont was a willing participant because it expected the panel to fall far short of the requisite number of people. Instead, nearly 70,000 were studied. Participants completed a 79-page health questionnaire and had their blood drawn. This was nearly 88 percent of the entire population of 80,000 people with PFOA contamination in their local water systems.

The panel of renowned epidemiologists unanimously concluded that PFOA could cause six categories of serious health risks. These are pregnancy complications, infant and child development, immune systems, hormone systems, and kidney and testicular cancer. There was strong evidence of several other health risks. More than 3,500 of the people tested had one or more of these diseases.

These results weren’t shocking. In 2005, the Environmental Protection Agency’s Science Advisory Board warned PFOA was “likely to be carcinogenic.” It’s worth noting that in 2005, the EPA levied the largest fine in the agency’s history of $16.5 million against DuPont for failing to disclose the health risks posed by PFOA.

Long before the C8 Science Panel and EPA’s Science Advisory Board findings, DuPont had its own private studies that linked PFOA to adverse health outcomes. Internally, DuPont set an exposure limit of 1,000 parts per trillion (ppt) in its plant’s drinking water. A single part per trillion is the equivalent of a grain of sand in an Olympic-sized pool.

One only has to look at the EPA limit for arsenic to get an idea of how concerned DuPont was regarding PFOA exposure. EPA had a limit of 50,000 ppt for arsenic when DuPont established its 1,000 ppt limit for PFOA. DuPont never publicly disclosed that it was so concerned about health risks that it limited exposure levels of PFOA at 50 times more restrictive than arsenic.

As early as the 1950s, 3M, DuPont, and other manufacturers conducted animal studies injecting PFOA into rats, dogs, and monkeys with grim results including birth defects in offspring, enlarged body organs, and swift death. DuPont began monitoring its own workers starting in the 1970s. Two of the seven pregnant women whose jobs required daily contact with PFOA had children born with serious birth defects that mirrored those of one of the rat studies, prompting DuPont to move these employees to administrative jobs without explanation to the women. These studies and actions only came to light during the Parkersburg litigation discovery process.

A little over a decade ago, while the Parkersburg legal case was underway, the eight major U.S. manufacturers of PFOA struck an agreement with the EPA to stop manufacturing and using the industrial chemical by 2015. But because PFOA isn’t biodegradable, it’s still in our communities.

Several times, the EPA revised down the human exposure limit to PFOA. In 2016, the agency issued a health advisory warning any lifetime measurement above 70 parts per trillion is cause for alarm.

Because it is not a regulated chemical, there is no consolidated list detailing where PFOA has been used. One common source of contamination comes from aqueous film-forming form (AFFF). AFFF is a fire-suppression foam used to smother flammable and combustible materials. It is found on virtually every military base, fire-fighting training facility, and airport. In fact, the FAA requires AFFF be used at airports to gain FAA certification. AFFF is routinely used in fire training and exercises, and the foam is absorbed into the ground (and then the groundwater).

AFFF is manufactured according to a military specification (milspec) that calls for the use of either PFOA or its sister chemical, PFOS. Most of Europe has already moved on to an AFFF variant that uses alternative chemicals. The Pentagon and FAA intend to replace PFOA and PFOS in the milspec.

In a months-long nationwide investigation, my investigative team and I identified over 1,900 locations, including water systems, military bases, fire-training areas, civilian airports, and industrial plants that have known contamination by PFOA and sister chemicals such as PFOS. We identified one location with a groundwater measurement of 21 million ppt, which is 300,000 times higher than the EPA limit of 70 ppt.

The Chang paper purports to claim industrial workers in contact with PFOA had a lower incidence of cancer than the nearby public. Perhaps. The paper doesn’t address the other serious health issues found linked to PFOA by the C8 Science Panel. On the subject of cancer, the paper dismisses the C8 Science Panel results as possibly “distorted” due to “selection bias.” It’s difficult to see how 88 percent of the affected group is not representative, as the Chang paper implies.

Chang also fails to address a key point. The most dangerous contact with PFOA is through ingestion. The 70,000 people tested lived in Ohio River Valley communities downstream from DuPont’s Parkersburg plant. For decades, tons of the chemical were dumped into the Ohio River, which made its way into the groundwater and local water systems, consumed by people, pets, and wildlife.

In the past four years, I have interviewed and communicated with Bilott on several occasions, including at the downtown Cincinnati office tower, and not a strip mall, where Taft Law is located. I’ve reviewed pertinent material in the Parkersburg legal case. If not for Bilott’s diligence, society may still have been in the dark regarding the dangers of PFOA, PFOS, and other PFAS chemicals.

Earlier this year, I reported a pair of television news segments on the topic of PFOA. Those news segments are here and here. My next investigations on this topic will air on Sinclair news stations nationwide on January 9 and 20, 2020.

Mark Hyman is an Emmy award-winning national investigative journalist for Sinclair Broadcast Group. He is the author of the just-released book Washington Babylon: From George Washington to Donald Trump, Scandals That Rocked the Nation.