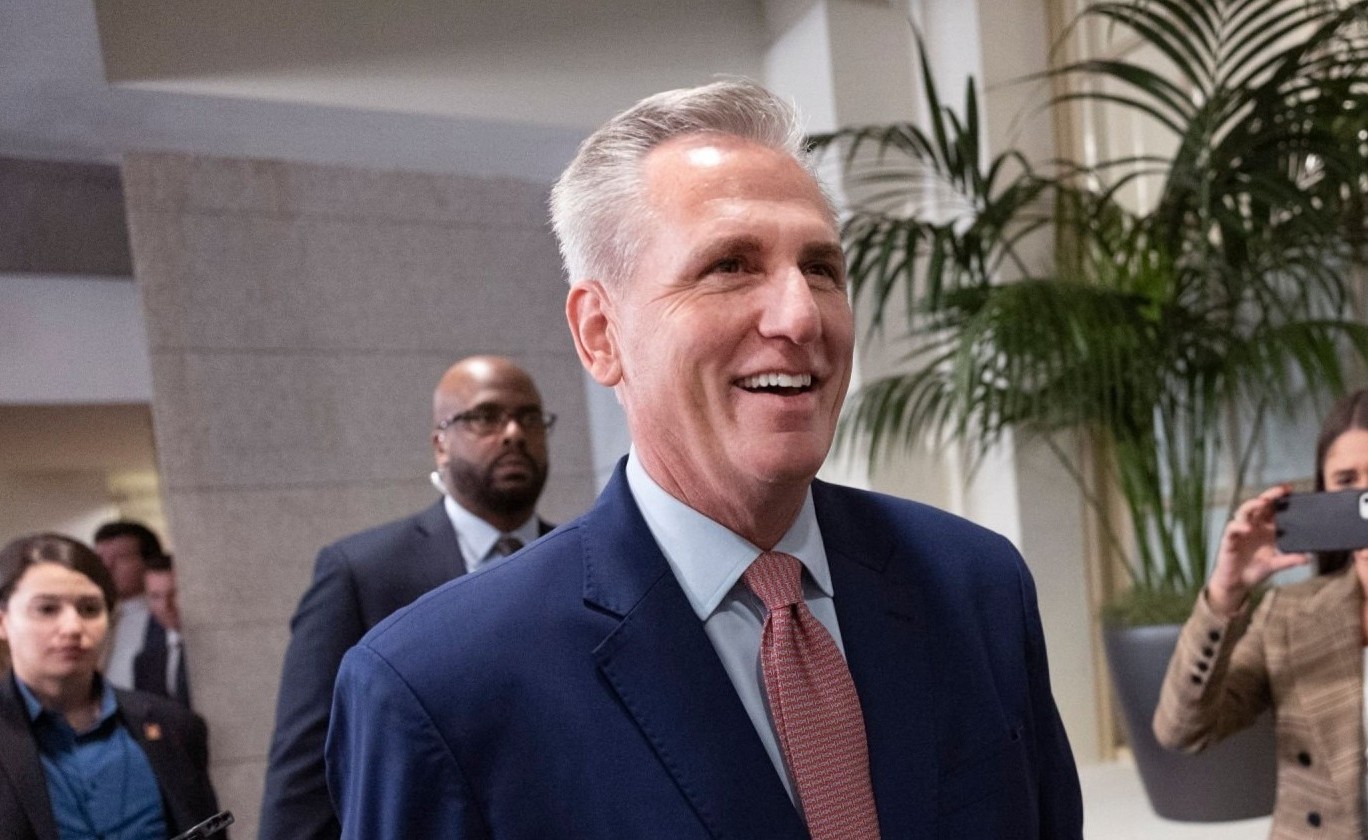 Can newly installed House Speaker Kevin McCarthy deliver on the promises and deals that he floated on his tortured journey to claiming the gavel?

Team GOP’s handshake spending plan includes two goals — to cap discretionary spending in fiscal year 2024 at 2022 levels and to create a budget blueprint that balances within 10 years. But what works in the GOP House has to survive the Democrat-controlled Senate and Joe Biden’s White House. And Democrats don’t believe Republicans have the resolve to cut spending.

“Do you really believe that Republicans are going to embrace a government shutdown?” former House Ways and Means Committee Chair Richard Neal asked rhetorically. He teased a future in which budget battles lead to a government shutdown, and then the GOP folds like a cheap lawn chair.

For her part, Maya MacGuineas, president of the bipartisan Committee for a Responsible Federal Budget, sees a path forward.

MacGuineas sees the goal of 2022 spending levels for the 2024 budget as eminently doable. “We have run up spending massively in the past few years with increases well over inflation,” she explained.

The 2023 fiscal-year budget increased discretionary spending by $200 billion — a hike that means Washington can make big cuts without the pain entailed in slashing austerity spending. The idea, however, that Washington can balance the budget in 10 years through spending cuts alone — and no tax increases — concerns MacGuineas. Cutting spending to 2022 levels, she noted, won’t get Washington on track to balance the budget in a decade. Her organization is focused not on eliminating annual debt spending so much as on “putting the debt on a more sustainable path.”

It’s not even clear that Republicans would support the cuts needed to balance the budget on their timetable. Asked recently if he would support cuts in defense spending, House Majority Leader Steve Scalise answered, “No.”

Former President Donald Trump called the “four days of trauma” that led to McCarthy’s installation as speaker a plus that “made the Republican Party a much stronger party.” This is the fairy tale Republicans like to tell themselves.

Once again, alas, Trump can’t count. It’s not a huge victory that five or 20 Republicans pushed a conference of 222 Republicans to go for measures that can’t survive the Senate. It’s an invitation to future failure.

The GOP isn’t stronger; the base just thinks it’s stronger. And the base is about to learn otherwise.