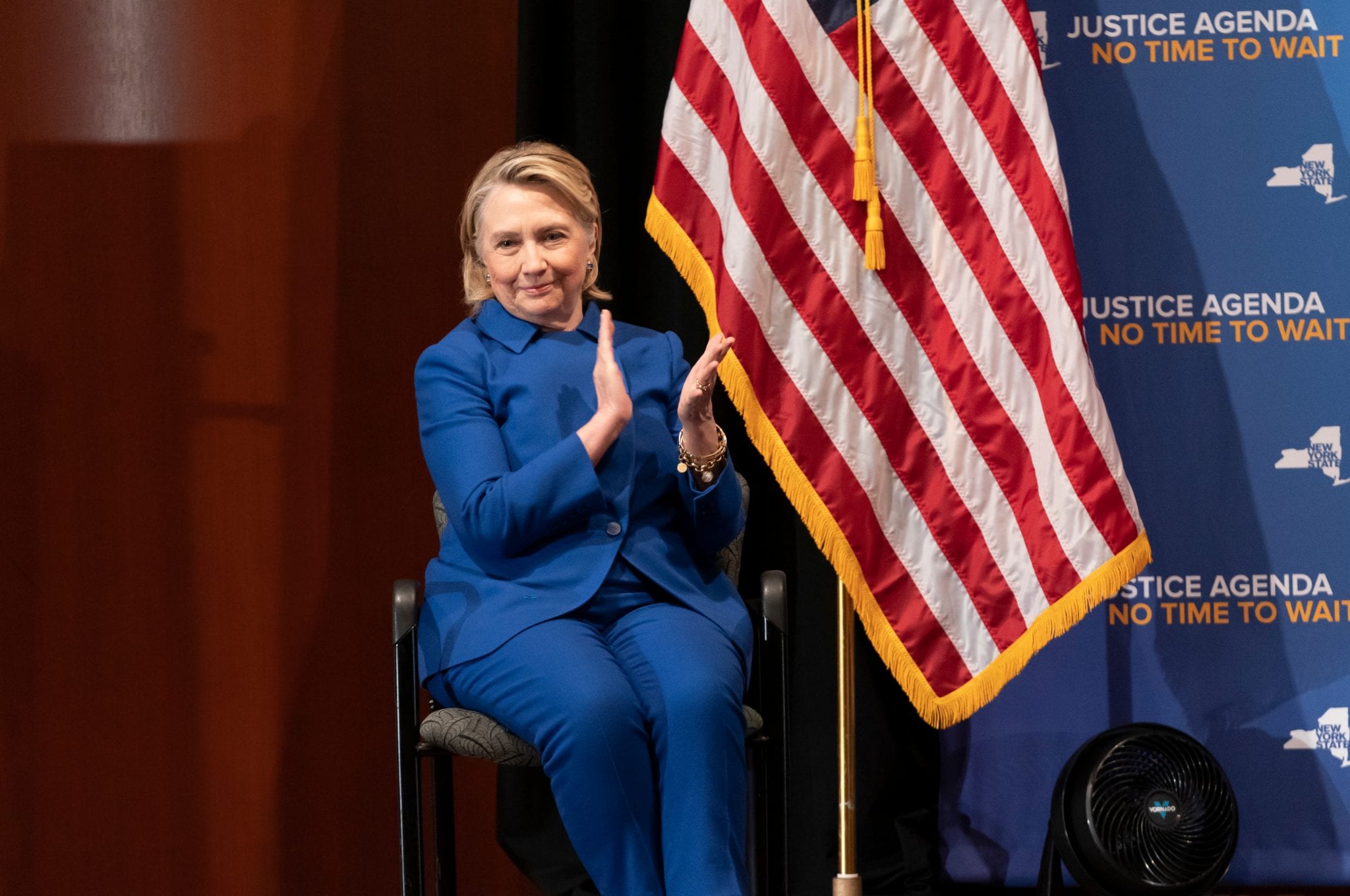 All empires and great societies come to an end. Ours will be no exception. The fissures of collapse are already in evidence.

Nothing is as valuable to any political system as its legitimacy. Regimes mired in corruption and inefficiency stumble on for centuries if the masses believe in them. Divine right of kings sustained the French royalty despite their palpable incompetence. The Russian czar was known as “the little father” despite serfdom persisting in Russia long after the industrial revolution transformed the West.

The strength of our democracy is its legitimacy. Hillary Clinton noted this during the 2016 election campaign when she asked candidate Donald J. Trump if he would accept the election results. When he hesitated, she spoke of the implications for American democracy if he failed to do so.

Ironically,it is Hillary Clinton who has not accepted the election results. She has crisscrossed the speakers’ circuit telling eager listeners that the Russians stole the election from her. Similarly, Stacey Abrams, who ran unsuccessfully for the Georgia gubernatorial post, has attributed her loss to electoral suppression. These themes have been both sustained and embellished by the current flock of Democrat presidential candidates, notwithstanding the absence of evidence. Even in the wake of the Mueller report, Democrat strategist Donna Brazile said that Russia caused Trump to win the election.

We now know that the Mueller investigation was based on an unverified FISA warrant paid for by the Hillary Clinton campaign through a cutout. Even the initially vaunted Mueller report now seems to be full of inaccuracies with the bias running in one direction. Exculpatory material of Trump’s lawyer John Dowd’s transcript has been deleted to imply wrongdoing. The full transcript compared by Internet sleuths tells a different story.

Paul Manafort’s Ukrainian oligarch, with supposed ties to Russian intelligence, is actually an intelligence source for the U.S. Department of State, a mischaracterization perpetuated in the Mueller report.

The intelligence community appears vulnerable to accusations of fomenting a failed coup.

Democrats continue to refuse to accept the results of the 2016 election while Republicans believe there is an illegitimate deep state that is more harmful to the democratic process than the Russians could ever become.

No one is above the law both sides claim, but illegal aliens — crushing our border with asylum claims that fail the test under international law — seem to be beyond the law, as are those already here.

How a post-industrial society will absorb millions of barely literate people is not part of the public debate. To ask the question of the benefit these people bring to America, when they will be sucking on the ever-expanding teat of the welfare system, is to be called, racist.

In our secular society, politics has become the substitute for faith and political zealotry has replaced religious zealotry. Opponents no longer have a difference of opinion but are a form of demon to be exorcised from civil society.

The public square has shifted to the Internet. The technology billionaires have become czars of determining what is acceptable speech, and the Congress seems as powerless to control them as it does the crisis at the border.

Meanwhile the national debt grows, sustained by historic low interest rates that will inevitably lead to the next round of inflation. College tuition rises far beyond any other commodity in society and the quality of the education has become inversely related to the rising costs. Colleges no longer teach students how to think, for independence of thought might lead them to a difference of opinion with the propagandists masquerading as teachers. In the world of safe spaces and thought crimes, the First Amendment is murdered at the campus gate.

College professors, who in another era fought loyalty oaths tooth and claw, now succumb to writing a statement lauding diversity and their commitment to it as a condition of employment, retention and promotion. They do so without so much as whimper. Thought control, however, is still thought control.

College student debt now exceeds consumer debt and colleges, originally designed to educate the top 7.5 to 15% of the college-age population, now reach down far below that. In the meantime, colleges have become propaganda mills generating useless degrees that provide no skills for the work force and a host of attitudes — such as the need to avoid controversy — that are counterproductive in a competitive economic environment.

For many, having acquired no useful economic skills, there is no way to get rid of the albatross of student debt. Some have left America as the only expedient means to do so.

American education is the envy of the world, your alma mater will tell you at fund-raising time. This is true only in the engineer and scientific fields. The liberal arts and pseudo sciences are only envied by commissars who might salivate over how we have managed to control thought will disingenuously praising the First Amendment, as the apparatchiks at the University of Illinois have managed to do in their press releases justifying their recent assault on free speech.

Can this society survive? We should remember that economic crashes are the oxygen of mass movements. Times of crisis mobilize the political periphery, the outsiders, the politically alienated whose brand of politics has little to do with the mainstream. The increasing debt burden of this society portends such a crash.

In the Origins of Totalitarianism, the political philosopher Hannah Arendt reminds us that both Hitler and Stalin mobilized “masses not classes.” By that she meant that when societies implode in economic disaster, class-based identities crumble. The society becomes ripe for mass mobilization by an adventurer who will mold the masses with new identities. Whether Napoleon Bonaparte, Stalin, Mussolini, Hitler, or Peron, the script is remarkably the same.

So why did America not respond to such mobilization during the Great Depression? Legitimacy! The very factor that is being eroded through our internecine political conflicts that eat away at both our First Amendment rights and our acquiescence to the will of the people in electing candidates some refuse to accept.