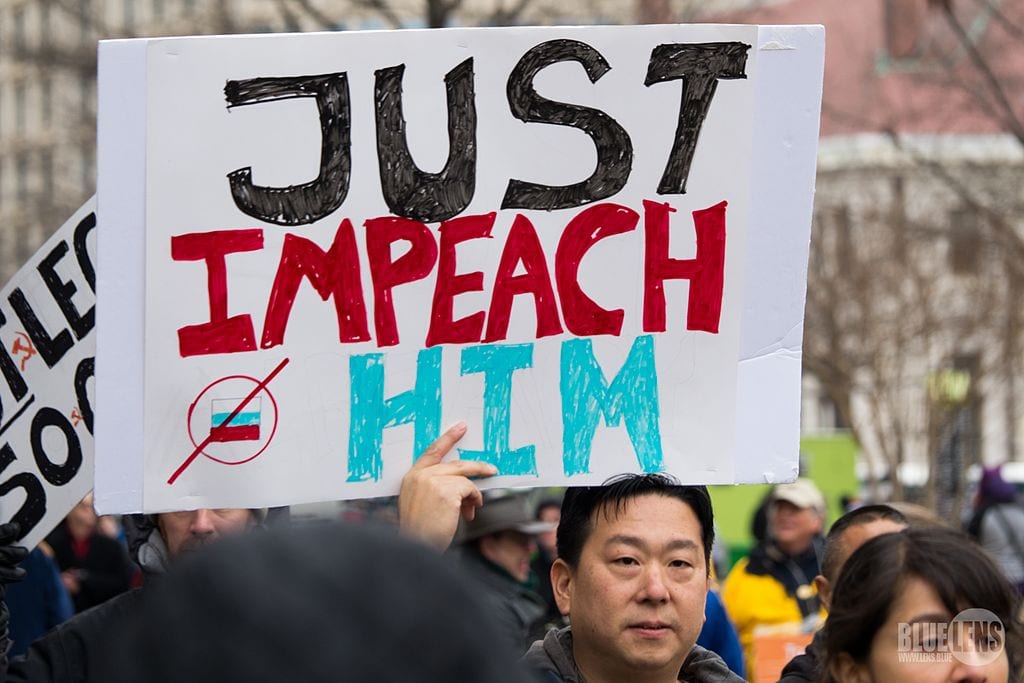 Many longtime liberals find themselves bewildered at the continued antics of the Democrats at a time when they have a real, albeit small, window of opportunity to demonstrate that they have some acquaintance with the art of responsible governance. Thoughtful people like law professors Jonathan Turley and Alan Dershowitz, who understand that the nation’s polity will be far healthier if both major parties approach real issues seriously, are unable to understand why so few Democrats see that the perpetuation of puerile nihilism driven by unabated hatred of President Trump will end in disaster. Turley puts it thus:

In this age of rage, voters seem to have no patience, let alone need, for leaders speaking of abstract principles. They want immediate unequivocal action.… For Democrats, that all consuming purpose has led to the abandonment of core unifying values, including many that first drew me to the Democratic Party.

The explanation for this loss of the party’s soul to an unquenchable and wholly emotional desire to destroy Trump is captured in a one-sentence observation by Cicero with which Turley is certainly familiar: “Those who do not know history will forever remain children.” There is very little chance that the kindergartners of the Democratic resistance would recognize Turley’s allusion to the fabled “Days of Rage.” Nor do they grasp that their collective tantrum and lurch to the left is reminiscent of that which eventually produced the suicidal Democratic nomination of George McGovern and President Nixon’s 1972 landslide.

Thus, like so many angry children, nothing less than Donald Trump’s head on a platter will mollify them. It doesn’t matter to this bumptious brood that someone has to produce at least a plausible case proving his guilt of the “crimes and misdemeanors” without which no majority in the House of Representatives will try to impeach the President. This is what Alan Dershowitz, who leans farther to the left than Turley, has been trying to tell anyone who will listen, but that’s an ever shrinking audience in the media. Most want to hear that Trump is going down. In a recent discussion with Joe Concha for the Hill, he said:

I used to be, for example, on CNN more often than on Fox. I was a regular, not paid, but just a person who was on all the time debating with Toobin, debating with others…. I haven’t been on CNN, now, since the summer, and Fox calls me all the time.… I’d love to be available to people who watch all channels.”

But Dershowitz is in the unfortunate habit of dealing in realities not well suited for les enfants en colère. They want Trump impeached pursuant to the meandering Mueller investigation. Unfortunately for them, that farce is unlikely to do the job or it would have been leaked to the media by now. What about Flynn? What about the great Cohen bust? The Flynn plea was obviously a piece of FBI legerdemain whereby they entrapped him using a law designed to manufacture crimes rather than detect them and there’s nothing there than can hurt Trump. As to Cohen, this is what Dershowitz has been trying to explain:

The president doesn’t break the law if, as a candidate, he contributes to his own campaign. So if he gave $1 million to two women as hush money, there would be no crime.… So it is a catch-22 for the prosecution. If they claim that the president authorized him to do it or directed him to do it, it’s not a crime for anybody.

But impeachment is, of course, a political rather than legal process. And the Democrats know their querulous constituents are going to tear the romper room to pieces if they don’t see some action soon after Nancy Pelosi takes the Speaker’s gavel from Paul Ryan’s grateful hands in January. She and various accomplices on the committees hope to keep them sedated by creating as much sound and fury as they can manage with endless investigations of Trump personally as well as his administration. The media is reporting that the Democrats are, for the first time ever, actually creating a hiring boom — for staffers and lawyers:

House committees gearing up to investigate President Trump are experiencing a boom in applications. Some have posted job applications like one that CNN discovered for the Oversight Committee that outwardly advertised a need for staffers with executive branch investigative counsel.

Among other things, the Democrats will try to pry into the President’s income taxes and personal business dealings. Trump’s taxes in particular have been a longstanding and morbid obsession for these people. Consequently, instead of moving forward with constructive legislation that will benefit the voters, the Democrats will abuse all the power that comes with their new House majority for purposes of dumpster diving in the hope of coming up with something they can use as a pretext to impeach Trump. In order to achieve this dubious goal, they will exhume a long-dormant statute. As Kansas Congressman Ron Estes writes:

Democrats hope to use an arcane 100-year-old law that allows Congress to inspect anyone’s tax returns as justification for essentially breaking into the IRS and releasing the president’s tax returns to the public without his permission. Such a move would… set a dangerous and chilling precedent.

It may, on the other hand, prevent their temperamental constituents from breaking their toys. They know they can’t disappoint these little darlings or there will be a lot of spinning heads and projectile vomit. If the Democrats accomplish nothing during the next two years beyond a protracted and almost certainly doomed attempt to remove a duly elected President — and that is how at least half the voters see him — they will have revealed to their own voters that they can’t deliver on impeachment while once again demonstrating to the rest of us that they are incapable of governing responsibly. That won’t sell well in 2020.