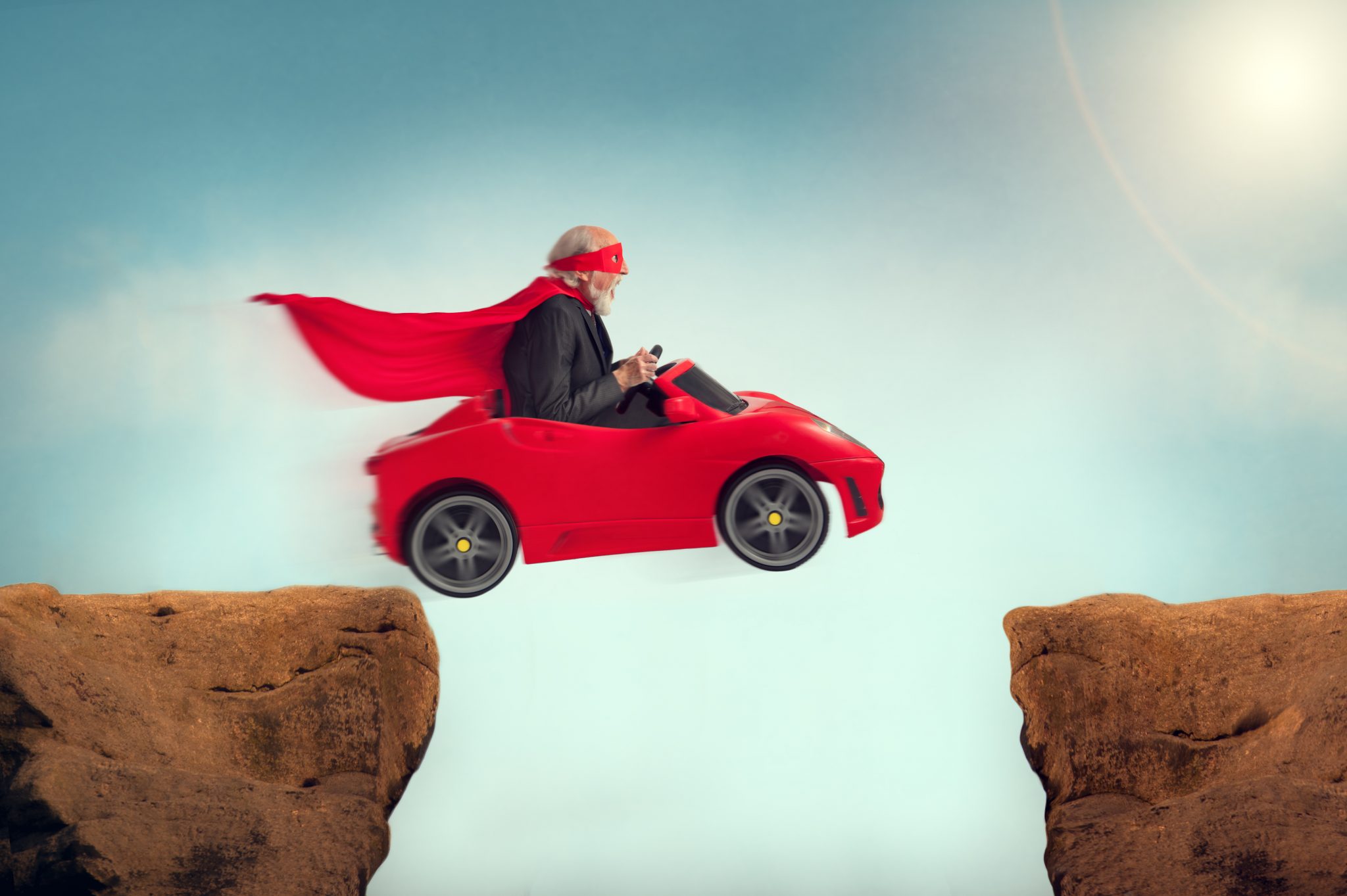 The Democratic Party drove its carbon-neutral clown car off a cliff this week.

Jerry Nadler, Alexandria Ocasio-Cortez, Adam Schiff, and other passengers euphorically urged Nancy Pelosi to step on the accelerator in midair. The overstuffed car that launched in the first week of February lands the first week of November. Perhaps then the occupants realize the folly of their wild-eyed wild ride — and how even lithium batteries cannot accelerate a car’s speed in flight.

The terrible, horrible, no good, very bad week began on Monday, when the party, fielding candidates pushing Medicare for All, College for All, Broadband for All, $1,000 a Month for All, and various other ambitious programs, failed to administer a simple, statewide election. The Iowa caucus, in which the candidates sought endorsement for these schemes, instead showed that they undermined public trust in them. At time of publication, the winner remains unclear, which means Bernie Sanders, the candidate the party desperately wanted not to win, really won. They call themselves Democrats, but for the second consecutive cycle, party elites seek to anoint a winner rather than allow the people to pick.

The speaker of the House started Tuesday night by omitting the customary “honor” and “privilege” in the introduction of the president and concluded it by demonstrably ripping up Donald Trump’s speech. In between, the speaker defied the rules of civility and the laws of botox by exhibiting an array of facial gestures not seen at a major political speech since Andrew Giuliani’s impersonation of Chris Farley (who later impersonated Andrew Giuliani impersonating him) at his father’s mayoral inauguration in 1994. Giuliani was seven.

Back-benchers imitated Pelosi (or did she imitate them imitating her?). Rep. Seth Moulton walked out of the speech in protest when Trump started discussing military policy. So did two members of the so-called Squad. Rashida Tlaib and Ilhan Omar departed when the president touted his Supreme Court nominations. Tlaib admitted, “Even the mention of Brett Kavanaugh for me is a trigger.” The two other Squad members opted not to attend (as did Maxine Waters, Steve Cohen, Al Green, and other unusual suspects). A group of Democrats shouted “HR3! HR3!” over the president’s words. Nancy Pelosi’s invited guest heckled the president, which resulted in his removal by security.

On Wednesday, the Senate acquitted Donald Trump by margins of 19 and 20 votes on the two articles of impeachment. The culmination of a drive that predated the president’s inauguration, impeachment inoculated Trump against future charges by Democrats, averted the public’s attention away from Democrats running for president, pushed his popularity upward (Trump currently enjoys his highest Gallup approval rating) by juxtaposing him with the likes of Schiff and Nadler, energized his base, kneecapped Joe Biden’s frontrunner status by highlighting his past corruption of his office, and failed miserably in depressing support for Bernie Sanders as Nancy Pelosi miscalculated it would when she delayed submitting the articles of impeachment in order to exile Bernie to Washington as Biden campaigned in Iowa.

Democrats did not just lose two votes in the Senate. They probably lost the presidency for another four years this week. The party displayed the face of incompetence on Monday, petulance on Tuesday, and foolishness on Wednesday. And by Thursday, the passengers of that overstuffed clown car, still experiencing the exhilaration of flight rather than the hangover that follows impact, did not grasp the coming consequences of their recklessness.

An Iowa Democratic Party official blames the “delay” in caucus results, in part, on “supporters of President Trump who called [the caucus hotline] to express their displeasure with the Democratic Party” (why not blame the Russians, too?). Nadler, in the fashion of Monty Python and the Holy Grail’s Black Knight, openly spoke of subpoenaing more witnesses and continuing the Ukraine investigation. “I thought that was a very dignified act,” Pelosi maintained of ripping up the president’s State of the Union address.