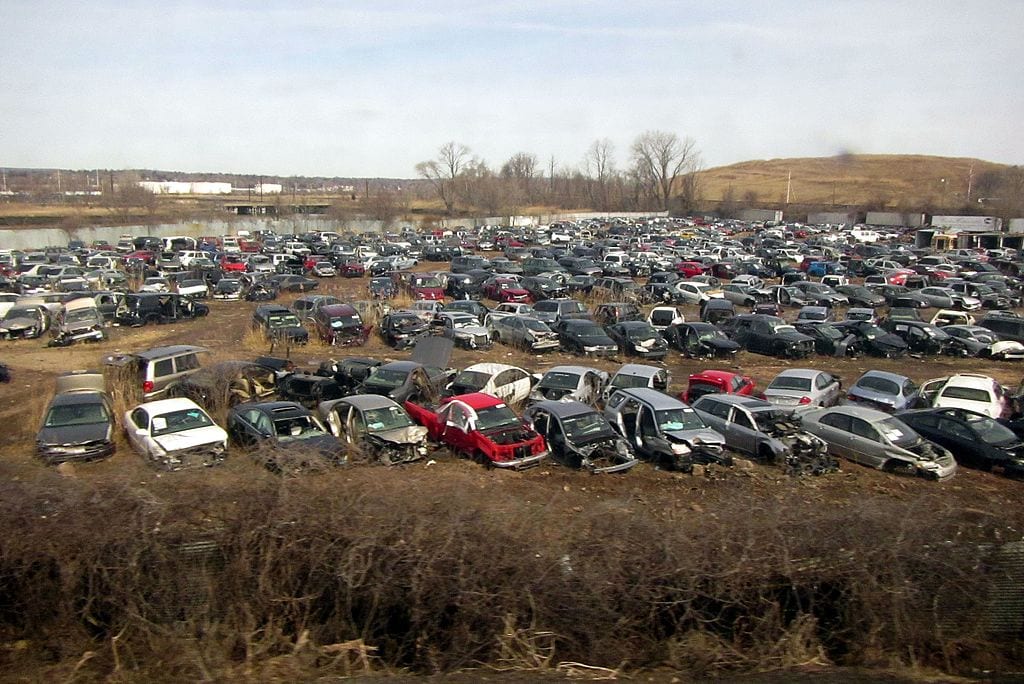 The Democratic Party exhibits all the symptoms of terminal lucidity. Sometimes called “the end-of-life rally,” this phenomenon involves temporary bursts of physical and mental activity in terminally ill patients immediately prior to death. It can cruelly mislead family members, who unrealistically take the apparent improvement as a sign that there is hope after all. This is how the left has responded to Democratic gains in the recent midterms. But such episodes rarely indicate any real change in the patient’s underlying condition, and the Democratic Party remains infected by fatal strains of Trump Derangement Syndrome (TDS), utopian socialist fantasies, and identity politics.

The party’s TDS infection was on display over the weekend in a column published by USA Today titled, “Now is the time to begin impeachment proceedings against President Trump.” That this loony effusion was written by a congresswoman who has been a member of the House for one week, and appeared in a national “news” outlet indicates that many Democrats and members of the media are hopelessly out of touch with the voters. Articles of impeachment were introduced in the House last week by a Democrat to much fanfare in the media, yet the left-leaning Brookings Institution just published a summary of recent surveys and concludes that this isn’t what the voters want from their representatives:

Memo to Democrats: unless Special Counsel Robert Mueller’s investigation delivers a smoking gun, don’t rush to impeach President Trump.… Of 21 possible priorities for the new Congress, impeaching the president was tied for last, with only 38 percent of Americans deeming it “extremely important.” Republicans are united against it; no surprise there. But tellingly, it receives less support among Independents than does any other option, and Democrats rank it only 14th on their priority list.

And yet the USA Today column, which was written by Rashida “impeach the motherf***er” Tlaib, explicitly states that her party need not — and should not — wait for Mueller to finish his $40 million snipe hunt before going ahead with the impeachment of President Trump:

Those who say we must wait for Mueller to complete his criminal investigation before Congress can start any impeachment proceedings ignore this crucial distinction. There is no requirement whatsoever that a president be charged with or be convicted of a crime before Congress can impeach him. They also ignore the fact that many of the impeachable offenses committed by this president are beyond the scope of the special counsel’s investigation.

Representative Tlaib is evidently unaware that “those who say we must wait for Mueller” are the voters. Like many Democrats, Tlaib has mistaken her party’s terminal lucidity for a national mandate. This error is particularly common among her fellow first-termers. Just as she demands President Trump’s head on a stake without regard to the wishes of the electorate, another newly minted representative has been pitching a package of utopian socialist programs that is conspicuously absent from the list of top voter priorities for Congress. Even worse, the primary proponent of this package of pie-in-the-sky proposals seems to regard questions about its $40 Trillion cost to be impertinent.

On Sunday, Alexandria Ocasio-Cortez appeared on 60 Minutes and discussed some of the proposals she has vocally advocated, such as universal healthcare (i.e. Medicare for All), a gigantic government program to combat climate change (i.e. the Green New Deal), and tuition-free public college. Predictably, the self-styled “girl from the Bronx” received the obsequious treatment the media always reserves for Democrats in general and avowed socialists in particular. But, inevitably, even Anderson Cooper was obligated to ask how the nation was going to come up with all the money to pay for the goodies. Ocasio-Cortez responded by becoming “snippy,” as Al Gore might put it:

No one asks how we’re gonna pay for this Space Force. No one asked how we paid for a $2 trillion tax cut. We only ask how we pay for it on issues of housing, healthcare and education. How do we pay for it? With the same exact mechanisms that we pay for military increases.… I think that there’s a lot of people more concerned about being precisely, factually, and semantically correct than about being morally right.

Like Representative Tlaib, Ocasio-Cortez doesn’t seem to realize that the people who seem so inexplicably concerned about being factually correct rather than morally right are those of us who pay her salary — the taxpayers. She does, however, admit that it will involve raising taxes and then embarks on an ill-advised attempt to explain how the progressive tax system works: “Your tax rate, you know, let’s say, from zero to $75,000 may be ten percent or 15 percent, et cetera. But once you get to, like, the tippy tops —on your 10 millionth dollar — sometimes you see tax rates as high as 60 or 70 percent.” At the mention of “tippy tops,” Cooper decided it was time to change the subject to racism.

And this brings us to the Democratic Party’s increasing reliance on identity politics (the art formerly known as race-baiting) to win elections. This art was perfected by Barack Obama at the presidential level, but it decimated the party at the state and local strata. In fact, the Democrats incurred so much damage during Obama’s White House tenure that despite their relatively successful 2018 midterm performance, the Republicans retain the majority of governorships, state legislatures, and an expanded majority in the United States Senate. Finally, as Victor Davis Hanson has pointed out, Obama’s successful exploitation of race almost certainly constituted the apogee of identity politics:

The 2016 election marked an earthquake in the diversity industry. It is increasingly difficult to judge who we are merely by our appearances, which means that identity politics may lose its influence. These fissures probably explain some of the ferocity of the protests we’ve seen in recent weeks. A dying lobby is fighting to hold on to its power.

Progressive propaganda notwithstanding, the current ascendency of the Democrats in the House of Representatives and a few state offices here and there constitutes little more than the party’s temporary state of terminal lucidity as death draws nigh. This end-of-life rally doesn’t signify any real change in the syndrome that has been slowly killing the Democratic Party — the lethal combination of identity politics, utopian socialist fantasies, and TDS. This disease doomed Hillary Clinton in 2016, and it can’t be cured by comediennes like Alexandria Ocasio-Cortez or crazies like Rashida Tlaib. The voters don’t want snake oil. They want solutions to real problems and the Democrats don’t have any.