by George Neumayr
Joe Biden in 2015 (Drop of Light/Shutterstock.com) 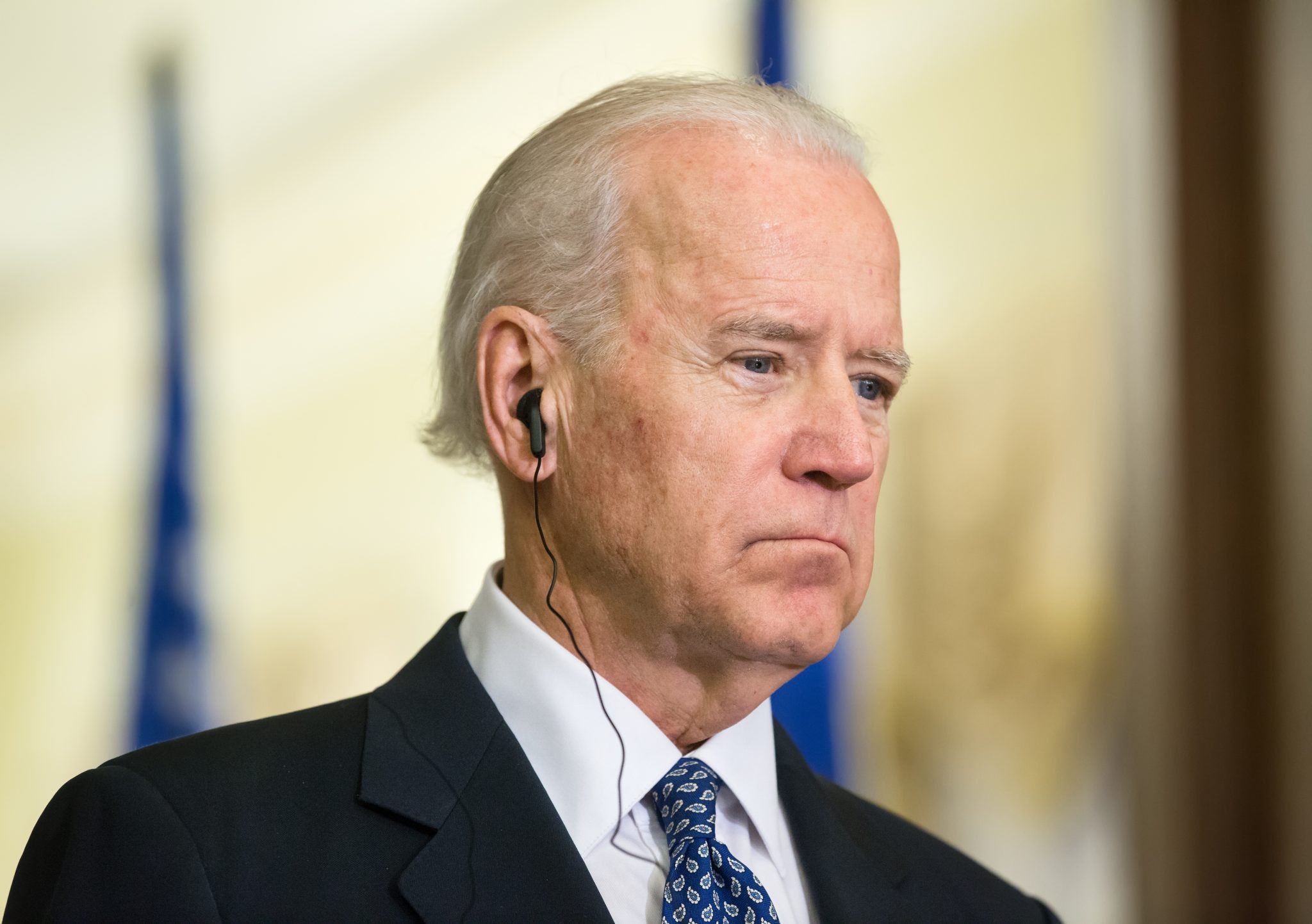 Were Joe Biden given a Catholic rating, it would be zero. He not only stands against central moral teachings of the Church but has also promised to violate her religious freedom. Should he win, he would resume the persecution of the Little Sisters of the Poor and other Catholic groups. Despite all of this, Biden seeks the Catholic vote, and is receiving help from bad Catholics burrowed within the Church. What Archbishop Carlo Viganò has called the “deep Church” is working hard for Biden’s election.

Exhibit A of this perverse phenomenon is the National Catholic Reporter’s recent puff piece on Biden — “How Joe Biden’s Catholic roots have shaped his public life.”

We’re even told in the piece that Biden, who would be the second Catholic president in American history, represents an improvement over John F. Kennedy.

The truth is the exact opposite: he has spent his career rejecting his Catholic roots and selling his soul to Planned Parenthood.

In light of Biden’s open rejection of his faith, the piece reads almost like a parody. It quotes him as saying, “I grew up with Catholic social doctrine, which taught me that faith without works is dead, and you will know us by what we do.” This is the same pol who has said he will not follow his faith on abortion and gay marriage.

Faith is irrelevant to my politics, Biden normally says, only changing his tune during campaign season, when suddenly it explains his “public life.” The National Catholic Reporter aids him in this con job, showering him with the most ludicrous Catholic testimonials. Stephen Schneck, executive director of the Franciscan Action Network in Washington, D.C., is quoted as saying, “Biden actually sees his Catholic faith as a key for bringing the country back together and overcoming the divisions that divide us. He thinks there’s something in Catholicism itself that provides a ground where both sides can find commonplace.”

Schneck insists that Biden’s support for the killing of unborn children shouldn’t lead anyone to conclude he is an insincere Catholic: “I don’t see this as suggesting he’s not a good Catholic.”

The piece doesn’t mention that Biden officiates at gay weddings and aligns himself with the most anti-Catholic liberals in the country. It doesn’t mention that he has promised NARAL and Planned Parenthood that he will force Catholics to pay for the contraceptives and abortifacients of their employees. Instead, the piece defames Donald Trump, who lifted the contraceptive mandate and has served as a reliable defender of the Church’s religious freedom.

We’re told that Biden is devout and Trump is soulless:

In an op-ed last December, Biden summarized part of his pitch to religious voters, saying Trump “doesn’t know what it means to live for or believe in something bigger than himself.”

Michael Wear, who led President Barack Obama’s faith outreach during the 2012 campaign, said that message is central to the distinction that the Biden camp is hoping to offer. “Donald Trump is someone who needs religion to work for him in order to be politically successful,” said Wear. “He is someone who has used religion and religious people. He values them to the extent that they’re valuable to him.”

“The contrast Joe Biden has to offer,” Wear continued, is that he “isn’t looking to see what faith can do for him. His life has been looking to see how he can serve out of, in part, a motivation of faith.”

It is typical of the Catholic Left to treat the Church’s friends as enemies and her enemies as friends. It specializes in breeding the Church’s destroyers. Look at all the pro-abortion “Catholics” in Congress, most of whom are products of Catholic schools. Joe Biden is the latest beneficiary of the deep Church, which seeks to eliminate Catholic doctrine in favor of left-wing politics. It dresses this sham up as “faith in action.” We’re even told in the piece that Biden, who would be the second Catholic president in American history, represents an improvement over John F. Kennedy:

The election of a first Catholic president 60 years ago sent shockwaves through a once staunchly Protestant nation. Yet when the Earl of Longford remarked to Kennedy’s younger sister, Eunice Shriver, that a book should be written about President John F. Kennedy and his faith, she said, “It will be an awfully slim volume.”

For Biden, by contrast, the Irish Catholic faith of his youth seems to be written on nearly every page of his long life in an indelible way that has shaped his full biography. It is not one of window dressing; it is the window through which he sees much of his public life.

New York University professor and Kennedy scholar Timothy Naftali told NCR, “Kennedy didn’t share his inner spiritual life with the public. He left it mysterious and downplayed its effect on his approach to leadership. He did speak of the moral force of the presidency, but, perhaps because of the pervasive bigotry toward Roman Catholics at that time in U.S. history, he left unspoken the sources of his understanding of moral imperatives.”

“Biden, while clearly a fan of Kennedy’s, emerged in an era where Catholic politicians didn’t need to be as circumspect,” noted Naftali. “He wears his faith on his sleeve and proudly explains the effect of his upbringing on his worldview.”

What propagandistic nonsense. Far from proving an ascending and edifying Catholic presence in American life, a Biden presidency would mark its corrupting nadir.