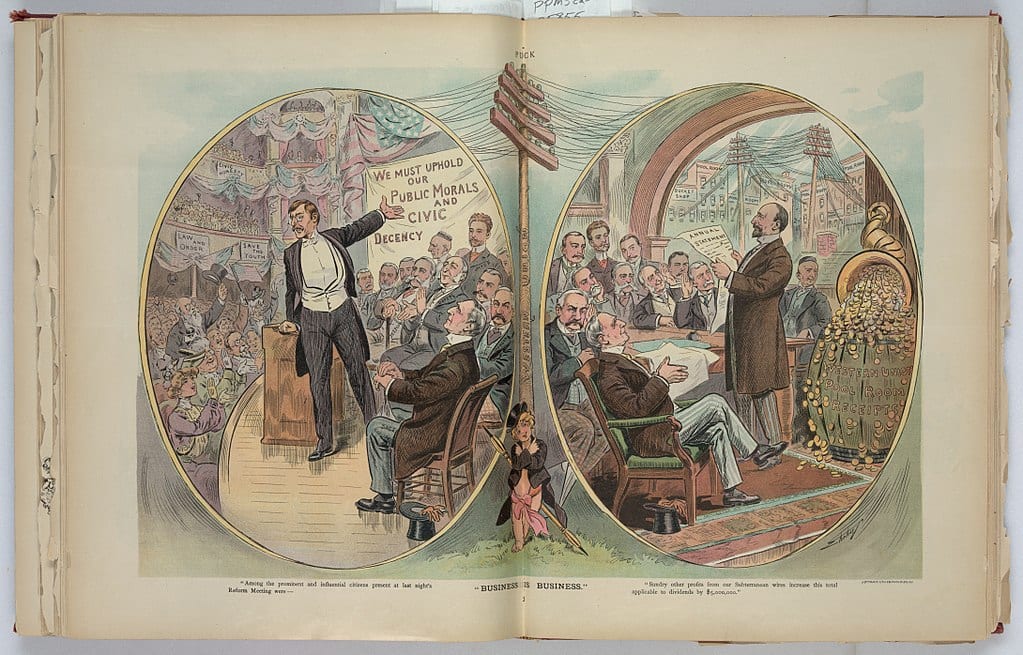 One of the most pervasive myths in politics is that all big businesses want government to be smaller. Policymakers and commentators often misinterpret big business support for regulation as being the ultimate vindication of their beliefs — the need for regulation is so apparent, they say, that even those harmed by it agree that it is necessary! Yet while it is true that large businesses generally want lower taxes, they sometimes lobby for regulation because regulation often represents a greater burden for smaller businesses than for larger ones. The greater access and influence that larger businesses enjoy enables them to set the rules that smaller businesses have to play by. This is the case with big retailers’ support for misguided internet sales tax laws.

Under current law, states cannot require companies without a physical presence inside their borders to collect their sales tax. While this limitation reflects simple common sense, many states have moved aggressively to expand their power to allow them to impose tax obligations on any business across the country that happens to sell to a resident. Some states, such as Massachusetts and Ohio, have even claimed that they should have the right to tax any company that operates a publicly accessible website, by taxing any business using browser cookies.

Some in Congress responded to this pressure by introducing the so-called Remote Transactions Parity Act, or RTPA. This legislation would overturn decades of precedent keeping states’ powers to tax and regulate businesses within their own borders, allowing states to tax businesses that lie outside their physical borders.

Seeking to amp up the pressure to overturn this standard, South Dakota passed a law granting itself the power to tax businesses outside its borders. The point of the legislation was to trigger a constitutional challenge (being aware that current Supreme Court precedent under the 1992 case North Dakota v. Quill forbids this action), and South Dakota rushed the case to the Supreme Court to trigger judicial debate.

Allowing the Quill precedent to be overturned would have serious legal implications for what authority states are allowed to wield over businesses outside their borders. This is a real and growing issue outside of sales tax as well; for example, California has passed legislation requiring that all eggs sold in the state must come from chickens that are housed in cages of at least a certain size. Effectively, this means that California is able to regulate the cage requirements of out-of-state businesses.

These types of policies always have disparate impacts on smaller businesses. Large retailers, including big-box stores like Target and web retailers like Amazon, already have a physical presence nationwide, meaning they already have to collect tax under current law, and armies of accountants and lawyers at their disposal to minimize impact on their bottom lines.

Small retailers and independent sellers on platforms such as Etsy or eBay, meanwhile, have no such luxury. They’d have the tax collection obligations of an omnipresent big business, but only the revenues and staffing of a microbusiness to pay for it all. Forcing them to comply with all 12,000 taxing jurisdictions across the country, and exposing them to audits in all 45 states with a statewide sales tax, could prove an insurmountable burden for some. Others might have to move onto platforms like Amazon’s marketplace that would handle the taxes, for a fee.

Congress (and the Supreme Court) should not be enabling large corporations’ attempts to elbow smaller competitors out of the market. And neither should it be enabling state governments’ natural tendency to try to expand their regulatory powers. The internet should be a vehicle for innovation in the expansion of knowledge, not innovation in the expansion of government.