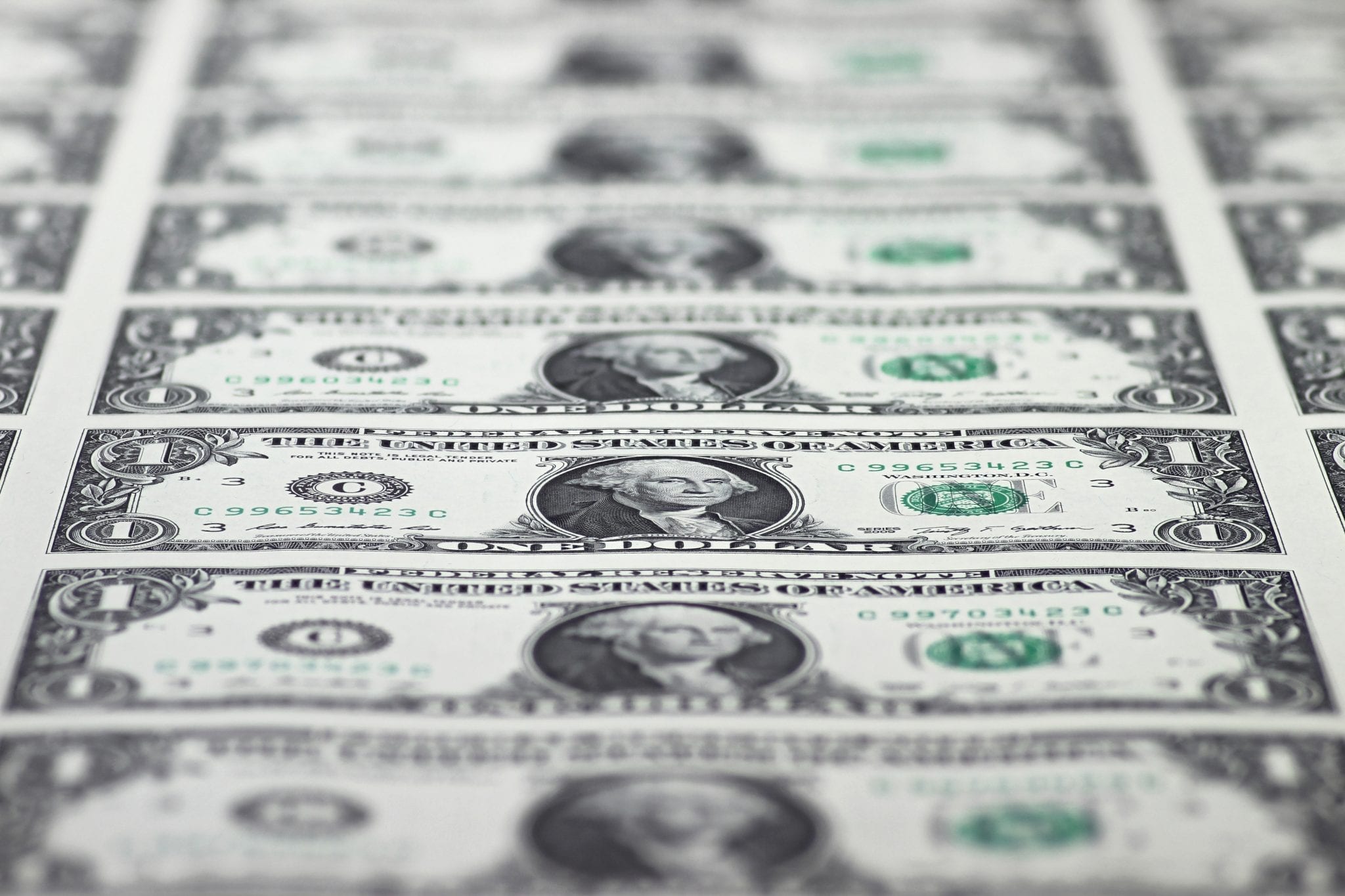 Bipartisanship, a rare commodity in 21st-century Washington, returned to the Capitol this past week. Democrats and Republicans came together to put Americans further into debt.

The House of Representatives voted to suspend the debt ceiling until March of 2021. The Senate readies to approve the deal, and reportedly the vote will take place today around noon, before its recess. President Trump heartily endorses the measure.

The deal increases spending by $320 billion. This follows last year’s dramatic increase in military spending and implementation of the Trump tax cuts. The results of the deal — fairly stagnant revenue coupled with dramatic spending increases — seem not difficult to predict.

The Wall Street Journal reports, “The Treasury said it expects net marketable debt to total $433 billion in the third quarter and $381 billion in the fourth quarter, which would bring total debt issuance for the calendar year to $1.23 trillion. That total would mark a slight decline from borrowing in 2018, when the Treasury issued $1.34 trillion in debt, more than twice as much as the $546 billion issued in 2017.”

Bipartisanship, elusive in Washington on pressing matters ranging from health care to immigration, returns whenever the government seeks to go further into the red. A coalition of Republican military hawks and big-government Democrats align to form a super-party — the Credit Card Party — which inevitably presents fiscal recklessness as fiscal responsibility. The president, for instance, labeled the debt ceiling a “sacred element,” which gives it, apparently, immunity from negotiation. Vox actually characterized the deal to increase the national debt as “averting a disaster scenario” and “staving off a fiscal crisis.”

Isn’t a national debt of $22.5 trillion that eclipses the size of the economy the “disaster scenario”?

The trillion-dollar deficits coming as the economy grew by 3.1 percent and 2.1 percent in 2019’s first two quarters — solid numbers by 21st century standards — strikes as bad economics. A strong economy seems as precisely when the government should rein in deficits. What happens when the current boom goes bust, as history shows us it inevitably will? Two-trillion-dollar deficits?

Borrowing your way out of a recession becomes more difficult after a nation has borrowed massive sums as a matter of normal practice.

The most amazing aspect of the crisis involves how few people regard it as a crisis. The deficit/debt does not register in the 11 issues receiving the concern of 3 percent or more of voters, according to Gallup. No candidate mentioned the national debt in Tuesday’s Democratic presidential debate, and just one uttered the word “deficit.”

The Republicans have lost their way if they do not realize that the deficit can be closed by reducing overall health spending and reforming income tax, especially the corporate income tax. Taking health-care spending to 12 percent of GDP from 18 percent saves $500 billion of federal spending while still keeping expenditures far above what almost every other country spends on health care. Moving corporate income tax from 1.5 percent of GDP to 3.5 percent raises federal revenue by $400 billion. Even at this higher level, corporate taxes would constitute a far lower percentage of GDP than they did during the postwar boom.

Realizing these two aims reduces the deficit to a manageable few hundred billion dollars. When the Dow Jones exceeds 27,000, unemployment sinks below 4 percent, and the economy steadily grows seems the time to curb fiscal recklessness. Instead, the Credit Card Party continues its lavish party.

Unfortunately, after all such blowouts, a hangover follows the high.