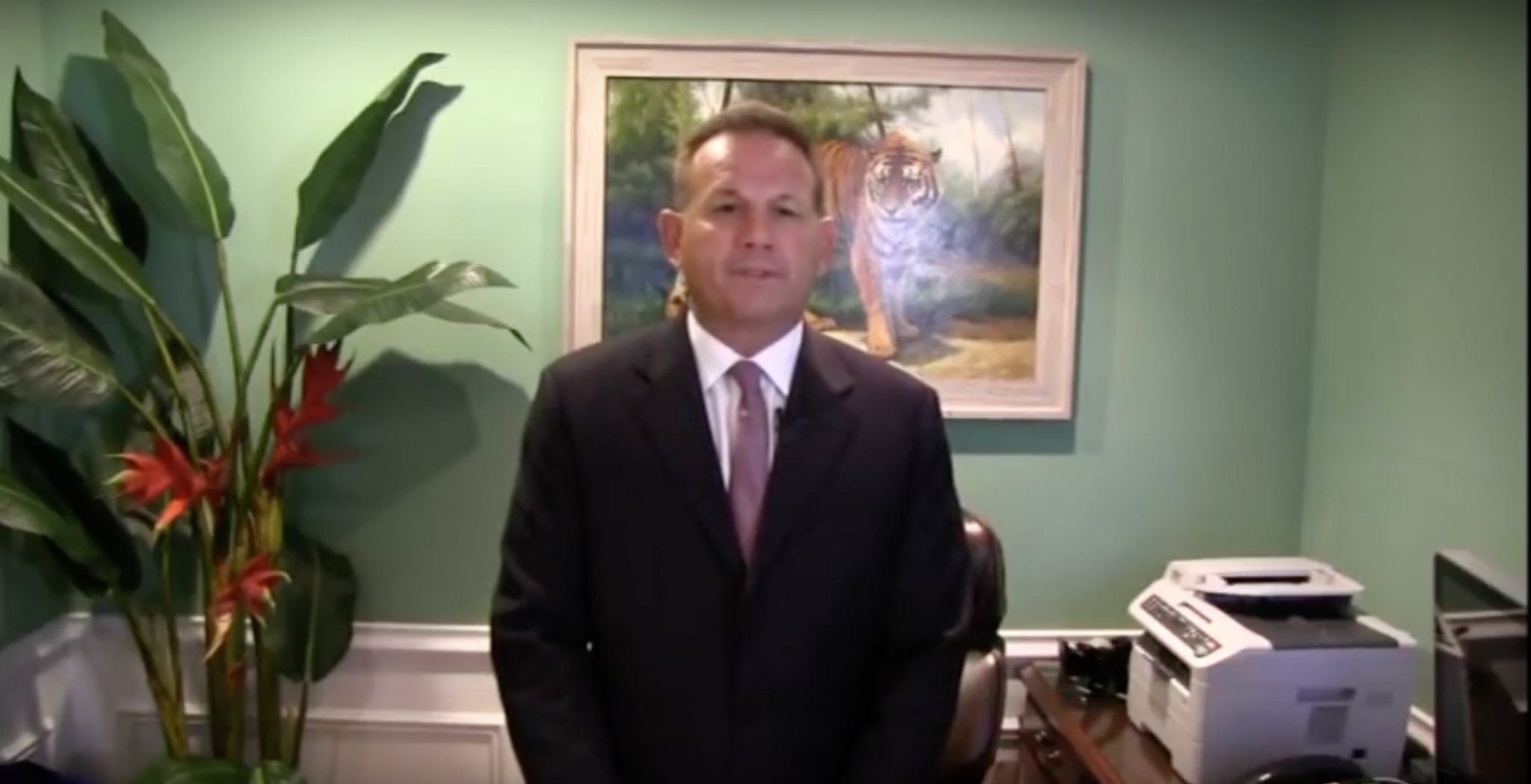 CNN put on an atrocious spectacle last week, hosting a “town hall” production that was, as Fox News’ Tucker Carlson and the Chicago Tribune’s John Kass both remarked, a re-enactment of the Two Minutes’ Hate scene in George Orwell’s classic novel 1984. It was a remarkable example of shameless exploitation and ideological hate-mongering put on by the failing news network directed at the National Rifle Association.

Among the worst actors in CNN’s disgraceful play was Scott Israel, the partisan Democrat political hack masquerading as the sheriff in Broward County where the Parkland massacre took place. Israel engaged in a ridiculous back-and-forth with National Rifle Association spokeswoman (and stand-in for Emmanuel Goldstein) Dana Loesch, in which Israel offered one of the stupidest and most demagogic statements in recent memory, notable mostly for its having captured the zeitgeist of the gun-grabbing Left in the aftermath of the Marjory Stoneman Douglas High School carnage.

Loesch was attempting to explain that the NRA is for improving the federal system of background checks which failed to identify Parkland killer Nikolas Cruz as a dangerous psychopath when Cruz attempted to spend a chunk of the life insurance payout from his adopted mother’s death on a personal firearms arsenal, and that a better-functioning government implementing the laws already on the books, which the NRA has long argued for, would do more to stop the next Parkland from happening than any leftist gun-control fantasy. For her statements she was hooted at and called a murderer by the unhinged children in the audience.

But as Kass noted, Israel may have had his big moment playing to the crowd on CNN — but things have gone south from there…

What the public didn’t know at the time of Israel’s speechifying was that on the day of the shooting, a Broward deputy sheriff was stationed at the school.

When the shooting began, Israel’s armed deputy hid outside in safety and remained there.

But if the good sheriff — a political cat — had explained that business about his frightened deputy, he’d have ruined the show. So he kept his mouth shut.

That wasn’t the half of it. By the weekend it came out that Scot Peterson, the school resource officer who neglected to engage the shooter as he was duty-bound to do, wasn’t alone…

Not one but four sheriff’s deputies hid behind cars instead of storming Marjory Stoneman Douglas HS in Parkland, Fla., during Wednesday’s school shooting, police claimed Friday — as newly released records revealed the Broward County Sheriff’s Office had received at least 18 calls about the troubled teen over the past decade.

Sources from Coral Springs, Fla., Police Department tell CNN that when its officers arrived on the scene Wednesday, they were shocked to find three Broward County Sheriff’s deputies behind their cars with weapons drawn.

Peterson resigned Thursday once it became national news that he failed to run to the sound of the guns.

And the upshot is that Israel, who unquestionably knew his people had abjectly failed to protect the young people of Broward County, spent the week after the shooting pushing a political narrative that is irrelevant — demonstrably irrelevant — to solving the problem of school shootings.

How many times was Israel’s department called to deal with the domestic incidents Nikolas Cruz precipitated at his house? There had been 23 calls to his department involving Cruz, 18 of which directly involved his behavior. What had Israel done within his current powers as a law enforcement officer to prevent that tragedy?

And his answer when his failure results in 17 murders at the hands of a madman known to the authorities? Raise the stakes further so the same people he couldn’t protect have less opportunity to protect themselves. And demonize as irresponsible those with a different view.

It’s even worse than you know. A viral indictment of Israel making its way around the internet connects this manifest failure to a collaborative plan between the school district and sheriff’s department not to investigate crimes committed by schoolchildren in Broward. If that indictment is true, Cruz’s massacre was a lot more foreseeable than we realize.

Sunday morning CNN’s Jake Tapper bolted from his network’s promotion of Israel to utterly dismantle the sheriff in an interview after he boasted of “amazing leadership” in Broward County, in an example of actual journalism rarely practiced there.

Then the editors at National Review demanded his resignation Sunday. That’s a mild statement.

The lesson of Parkland is that government doesn’t work. It doesn’t work because it’s too often run by political hacks, usually of a leftist variety, incapable of doing a proper job. We are, at the end of the day, on our own — and we must act accordingly.