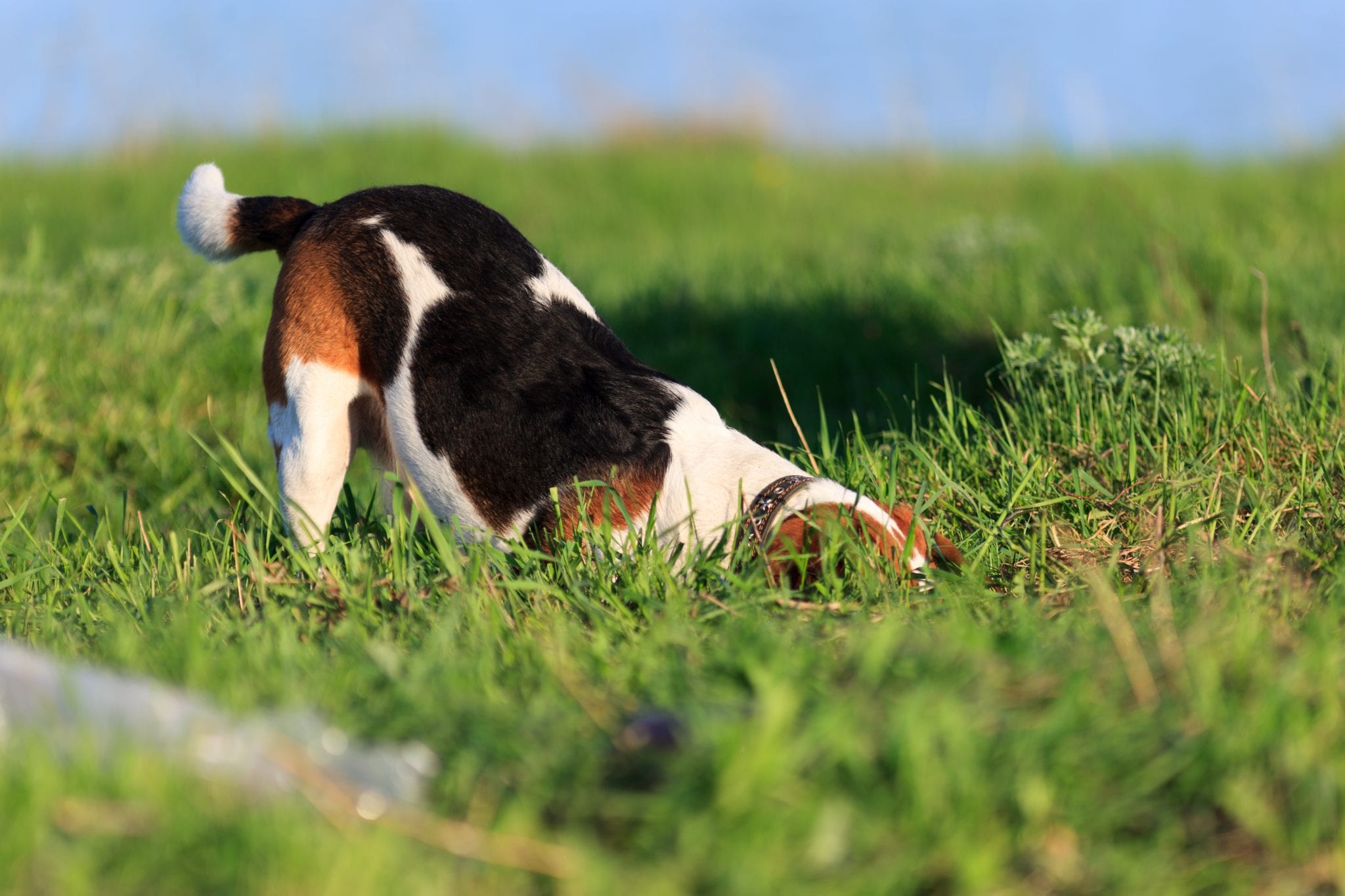 Last Wednesday the intelligence community launched its first attack on Attorney General William Barr’s investigation into its illegal acts and abuses of power during the 2016 election. In a New York Times article entitled “Justice Department Seeks to Question CIA in its Own Russia Investigation,” the IC makes clear its fear of the results of Barr’s investigation of their spy operation on candidate Trump in 2016 that continued through his early presidency.

The article, obviously written at the behest of its intelligence community sources — “current and former American officials” — is the first of many concerted attacks on Attorney General William Barr’s investigation of the joint CIA/FBI spy operation. Many other articles, based on carefully crafted leaks to the media and Congress, are sure to follow because current and former high-ranking officials of those agencies (and probably the NSA as well) have a lot to lose.

John Durham, the U.S. Attorney for the District of Connecticut, is running the investigation under Barr’s direction. From the Times report, we can easily deduce the fact that those who ran the spy op — including CIA Director Gina Haspel — are running scared from the Durham investigation.

The third paragraph says, in part:

While the Justice Department review is not a criminal inquiry, it has provoked anxiety in the ranks of the C.I.A., according to former officials. Senior agency officials have questioned why the C.I.A.’s analytical work should be subjected to a federal prosecutor’s scrutiny.

Two points are made there and both are clearly wrong.

The reason the CIA’s “analytical work” is being subjected to a federal prosecutor’s scrutiny is that there is a lot of evidence of criminal conduct by the CIA and FBI. That’s one of the fundamental differences between the Barr/Durham investigation and the Mueller investigation into the imaginary conspiracy between candidate Trump and his campaign and the Russians.

Mueller & Co. had no evidence that a crime had been committed before their investigation began. (Or after, for that matter.) The Mueller investigation was, as I’ve noted elsewhere, consistent with the method used by Stalin’s secret police chief Lavrenti Beria: show me the man and I’ll show you the crime.

In the Barr/Durham investigation, it’s pretty damned clear that in their abuse of power under the Foreign Intelligence Surveillance Act the FBI, and possibly the CIA, made false statements to the FISA court, under oath, to justify surveillance warrants on Carter Page and others. Those false statements — sworn affidavits in support of the FISA warrants — are, at least, violations of 18 U.S. Code Section 1001 which bars such false statements. Those are real crimes, not imaginary ones. Whatever other crimes are discovered while investigating them will come out as well.

In my May 27 column I described President Trump’s May 23 executive order, which is in two parts. The first part requires the intelligence community to cooperate with Barr’s investigations. The second part gives Barr the authority to declassify — or reduce the level of classification of — anything pertinent to his investigation.

But the CIA isn’t going to cooperate. As the Times article says, Haspel has told her officials to cooperate but — and here’s the big catch — still work to protect “… critical pieces of intelligence whose disclosure could jeopardize sources, reveal collection methods or disclose information provided by allies, according to current and former American officials…”

Either the CIA is going to cooperate — as the president ordered — or it isn’t. Clearly, it isn’t. There’s no limitation on the cooperation Trump ordered, but Haspel and her people are going to drag their feet, and probably hide evidence and lie to protect themselves from the investigators.

That part of the Times story reveals the CIA’s attitude, which may be imputed to Haspel. Again, it says, “Senior agency officials have questioned why the CIA’s analytical work should be subjected to a federal prosecutor’s scrutiny.”

That’s it in a nutshell: the CIA believes it should not be accountable for its misdeeds, even if laws have been broken.

The Times report says that Durham’s investigators intend to question senior CIA officials — presumably under oath — and are partly focused on the CIA’s conclusion that Russian interference in the 2016 presidential election was intended to benefit Donald Trump.

They will be intensely interested in the facts and opinions that drove the IC’s judgment. The January 2017 Intelligence Community Assessment concluded that the Russians interfered to benefit Trump. As I wrote in my June 3 column, either John Brennan, Obama’s CIA director, or then-FBI director James Comey insisted on using the unverified information from the Steele Dossier (the opposition research paid for by the Hillary Clinton campaign) in the ICA to reach that conclusion.

The January 2017 ICA has been used by the media incessantly to prove their assertion that Trump conspired with the Russians to rob the election from Clinton. Durham will find out who insisted on using the Steele Dossier — when it was known to be unverified — to make a devastating conclusion on behalf of the entire intelligence community.

The senior CIA officials Durham’s investigators will question will obviously include CIA Director Gina Haspel, who has the most to lose. She could be fired from her position, lose her reputation, and — if the evidence proves that she violated the law — sent to jail. She and several (many?) other current and former CIA and FBI officials have just as much at risk.

The leaks the Times published say, among other things, that one of the CIA officers that Durham wants to question works at the CIA’s counterintelligence branch and would have been a conduit to pass intelligence to the FBI on Russian attempts to reach out to the Trump campaign.

Another person to be questioned was involved in the CIA’s assessment of Russian activities in 2016.

These people would obviously be on Durham’s list. It’s not rocket science — just thorough investigative technique — to find out what those people did and what they know. Who did they talk to? What emails and text messages did they send? There’s a ton of information to be had.

Durham’s investigators will begin with people such as those but first they’ll want to get the relevant documents from the CIA. Those documents will include an enormous volume of classified emails, text messages, and other communications among the top CIA officials and between them and the FBI’s senior officials — James Comey, Andrew McCabe, Peter Strzok, James Baker and Bruce Ohr — who ran the FBI’s part of the spy op on Trump from the Justice Department.

The CIA will stall as much as it can and — despite the president’s order to cooperate with the DoJ investigation — hide or destroy documents. And, of course, the CIA officials will lie to protect themselves. They have too much at stake to do otherwise.

The Times story goes on to say that,“Critics of the administration say the review is simply an attempt to discredit the Russia inquiry that was taken over by Mr. Mueller and could threaten to reveal closely guarded secrets. They have pointed to Mr. Barr’s adoption of ‘spying,’ a term invoked by critics of the Russia inquiry, to describe investigative activities.” (Again, “review” not investigation.)

Of course those unnamed critics would say that. They — be they the current and former intelligence community officials on whose behalf the article was written or just reporters and editors of the  New York Times — desperately want to keep the credibility of their case against Trump alive. To do that they have to attack Barr to diminish the investigation’s credibility.

There’s more, so much more, for Durham’s team to dig into at the CIA, the FBI, and, probably, the NSA. They’re going to be very busy for the rest of this year and probably into 2020.

When Durham’s results are finally published, the reason that many in the intelligence community are now running scared will be too obvious for any except the Democrats and the Trump haters in the media to ignore.