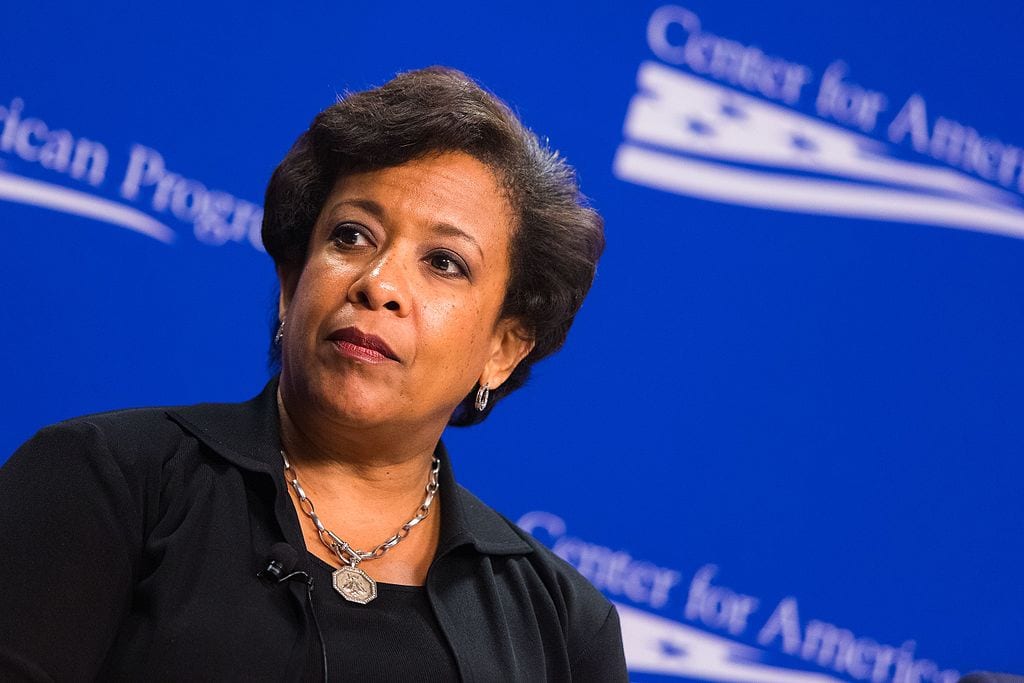 Buried in Inspector General (IG) Michael Horowitz’s report on the Clinton email investigation lies a disturbing passage concerning information obtained by the FBI alleging that Attorney General Loretta Lynch attempted to put her thumb on the scales of justice to exonerate Hillary Clinton.

“Comey said that he also was concerned about an issue specific to Lynch,” Horowitz reports. “As discussed in more detail in the classified appendix to this report, Comey told the OIG that the FBI had obtained highly classified information in March 2016 that included allegations of partisan bias or attempts to impede the Midyear investigation by Lynch.”

Comey’s manner of dismissing the information does not inspire confidence. “When asked about this information,” the report explains, “Comey stated that he knew it was not credible on its face because it was not consistent with his personal experience with Lynch.”

Comey’s “personal experience” with Lynch includes the attorney general successfully pressuring him to call his investigation of Hillary Clinton a “matter.”

He writes in his recent memoir, “The attorney general seemed to be directing me to align with the Clinton campaign strategy. Her ‘just do it’ response to my question indicated that she had no legal or procedural justification for her request, at least not one grounded in our practices or traditions. Otherwise, I assume, she would have said so.” Comey noted that a Justice Department official humorously called the FBI the “Federal Bureau of Matters” in response to Lynch’s politicized order.

Lynch also held an allegedly impromptu meeting with Bill Clinton, spouse of the subject of the FBI’s investigation matter, at the airport in Phoenix. The parties supposedly discussed grandkids and other light matters during the unusual meeting. But the mere existence of the meeting put Comey in a terrible spot and compromised public trust in the investigation.

Comey’s own behavior, dubbed “insubordinate” in the inspector general’s report, in bypassing Lynch in making key decisions regarding the Clinton investigation indicates that his “personal experience” with Lynch also did not contradict the idea of her attempting to influence his bureau’s findings for political reasons.

Perhaps the “highly classified” information contains state secrets rather than merely embarrassing individual ones. And perhaps the information, not unlike much raw intelligence shared with the FBI, strikes trained eyes as lacking credibility.

But given the inherent pitfalls in a Justice Department tasked with investigating itself, and numerous instances detailed in the IG’s report that indicate that politics rather than justice guided federal employees, reflexively trusting that the disparaging intelligence accusing Lynch of bias should remain classified and does not appear credible seems a fool’s errand.
Hopefully Congress, constitutionally tasked with oversight, sees the actual classified material. The public, for reasons legitimate or concocted, likely never glimpses it.

If some high government official could include the “highly classified” material in a private email intercepted by foreign actors, then inquiring minds could finally know. But that kind of reckless behavior never happens, right?