Something banal occurred to me about being a Generation X-er: There’s too few of them/us. Usually, the voters are mostly comprised of the working population and those who are older, but Generation X is small, even though they’re at peak working age, and smushed between the aging Boomers and the Millennials. Half the Boomers pine for the halcyon days of their drug and sex fueled youth and the other half are nostalgic for the days of Leave It to Beaver. Gary Johnson’s voters are some of both. 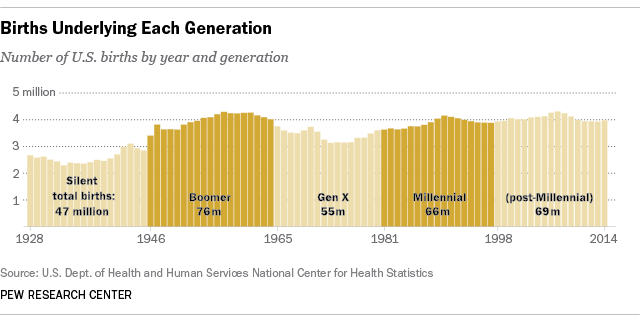 There are more Millennials in the job/voting market than X-ers. The Millennials have been thoroughly schooled in political correctness and Marxism and view socialism as something a-okay while holding their foreign-made iPhones. They liked Bernie. A lot. They’ll likely vote for the next best socialist: Hillary Clinton even though they really don’t like her. 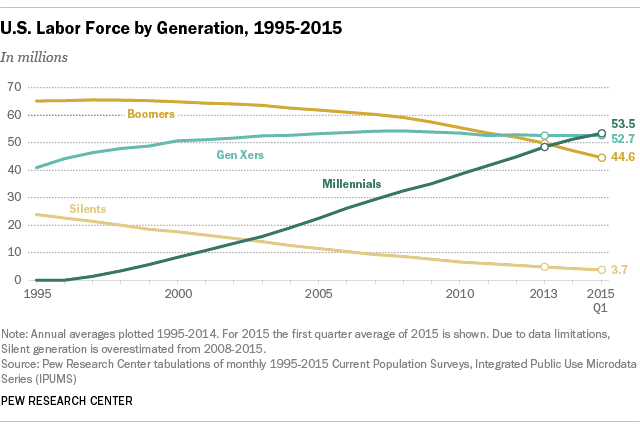 Gen X-ers are forced to live in this hellish dystopian presidential novel because they’re just too small to make a difference.

A Boomer editor whom I greatly respect felt that the “Young Marco” pithy critique perfectly fit Marco Rubio. But Marco Rubio is 45, two years older than John F. Kennedy when he was inaugurated. He was Speaker of the House in Florida and is now a Senator. He’s not that young by U.S. presidential standards even if he looks youthful. To a 70-year-old Boomer, though, he’s a child. So Donald Trump’s epithet stuck.

How much of the voting for Trump and Hillary has been Boomers excited to see someone their own age running for office? They speak the language that Boomers are used to hearing. Generation X grew up with Ronald Reagan as president. Things were sunnier and more hopeful then. The benefits of a free and growing economy, no war, and no drugs radiated across the nation. The people who grew up during that cheerful time are too few to now influence the electorate.

Millennials saw their Generation X parents lose their homes and wealth, bought into the idea that education opens doors, and now work as baristas at Starbucks or sit, contentedly on their parents couches playing video games. They’re waiting to marry. They have sex less. They’re tech-savvy and connection phobic. They don’t trust any institutions. They don’t trust themselves. They loved Bernie Sanders and now he’s gone.

Boomers either feel that their job to perfect the world isn’t finished (Obama and Hillary) or they feel that America as she once was is lost but, if you believe in him (Trump), can be found. Either way, it’s a negative view of where America is at. They’re not alone, a vast majority of Americans believes America is going in the wrong direction.

The message from the Generation X candidates was positive — whether you supported Cruz or Rubio or Walker or Bobby Jindal (age 45) or any of the other “younger” guys. But that message rings true for too few voters.

I’m not so sure about that. The demographics would hint that the message that works for the majority of the population isn’t a happy one. Four years of Hillary and 30 years with an activist liberal court seems like a depressing prospect that no executive sunshine or leadership would be able to undo or circumvent no matter the next president.

Tom Cotton represents the youngest Generation X-er in the Senate. Two and four years from now, the new wave of Millennials will be taking over in Congress. Four or eight years of the Boomer presidency could mean that the next president leapfrogs Generation X.

Generation X has been described as the sandwich generation and is already paying the financial price for it:

It’s hard to plan for your financial future when you’re busy paying the day-to-day expenses for everyone in your family—just ask Gen X-ers.

A new study from the Bank of Montreal has found that the “sandwich generation” (parents of millennials and children of boomers) ages 45 to 65 have only saved an average 30% of what they expect to need for retirement—$291,297 versus their goal of $938,529. That’s not too surprising, given that they are caring both for their kids and their own parents.

They’re also paying an electoral price. They’re paying the most taxes. They’re taking care of their Boomer parents. They’re paying for college. They’re housing their jobless or underemployed or funemployed children. They’re too busy keeping the machine going to complain.

So what’s the solution? Paul Ryan is the Generation X poster child. He’s caught dealing with irresponsible Boomers (President Obama, Nancy Pelosi, Mitch McConnell) and finding his upbeat message of fiscal responsibility and common-sense poverty initiatives being ignored. He’s smart and decent and facing competing tsunamis of angry generations. Paul Ryan has seemed to decide that he’s going with the flow. Lots of ideological conservatives condemn him for this, but really, what else can he do?

What else can any Gen X-er do?